The wine production, an important economic and cultural resource for our Country is faced with this new obstacle: what are the solutions for the future? 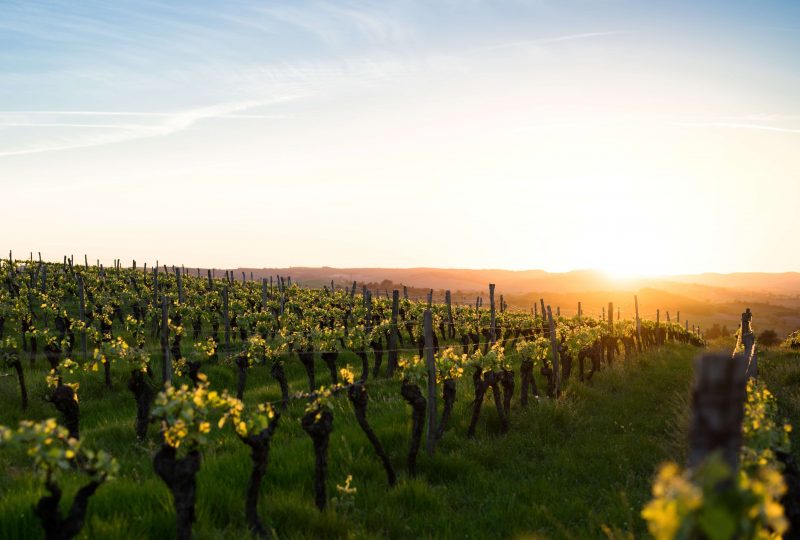 One of the most significant changes in the history of viticulture dates back to the second half of the Nineteenth century, when European vines were attacked by phylloxera, an insect from Overseas that seriously damaged our plants. The problem was solved thanks to the grafting technique, exploiting the resistance of the root system of some varieties of American vine it was indeed possible to graft the European ones bypassing the parasite. Today, the new enemy is represented by the climate, a problem that entirely involves our planet and that could also have consequences on wine production. How are we facing this change?

Zones are changing. Every year the wine market is significantly influenced by the climate. The great wine producers are always looking for new production areas. An example is represented by the Champagne cellars that have expanded the area dedicated to the cultivation of Pinot Noir, Pinot Meunier and Chardonnay, the vines used for the realization of this classic method, up to the South of England, with the aim of finding again the characteristic climate of northern France in the 1970s.

In Italy the cultivation of vines is climbing higher and higher, in the mountains and on the hills, in search of more moderate temperatures: every hundred meters above sea level the thermometer marks a degree less, but as the altitude increases, the temperature range increases, between day and night, between summer and winter, this is an important factor that cannot be underestimated.

On the consumer side. In the cellar, in the wine shop or even in the supermarket we can read the word “Classic” on the labels of some bottles. Classic is defined as a wine made from grapes coming from the most ancient and original area of ​​production. Today the migration to new areas will greatly influence the market and the value that this word will have in the collective imagination.

The area that’s originally dedicated to the production of a specific wine to which it gave unique, evocative and identifying characteristics of the vineyard located in that particular place, will significantly change its distinctive features, no longer able to achieve the same results as in the past.

Climate change does not only affect the territory, but it will considerably change the wine and its scents: just as vegetation, soil and atmospheric agents will change, the aromas, color and structure will change in the glass. Therefore, the future of enology will be the result of the changes that our planet is undergoing. The results will be full-bodied, alcoholic wines, with many sugars and less acidity: not always synonymous with great elegance.

Techniques. In recent years we have witnessed an important instability of wine production, in some cases extremely limited due to severe atmospheric phenomena: hail, frost and severe thunderstorms that have damaged many vineyards, thus halving the production of wine. Other vintages were characterized by unexpected temperatures that led to an increase in production. Faced with the current context, the producers are looking for new techniques for growing vines and new technologies, so as to preserve the intrinsic characteristics of the various vineyards in their places of origin.

In the past, irrigation of vine plants was prohibited, but today it is planned. This measure has become necessary to avoid episodes of drought, guaranteeing a minimum quantity of production.

In this sense, particular attention is also paid to the past, with the return of ancient techniques such as the Veronese pergola

In the Prosecco production area, which today represents one of the most sold wines in the world, green barriers have been built to protect the vineyards from wind and sunlight, thus preserving the freshness and acidity that characterize it.

In the future, early harvest. A study, conducted by the Bruno Kessler Foundation, together with the Edmund Mach Foundation and the C3A Joint Center with the University of Trento, highlighted the impact of climate change on the phenological phases of five vine varieties in two periods: 2021-2050 and 2071-2099. Research indicates that in the future we will have a shorter vegetative cycle, an early start and a shorter duration of the various stages of development, up to 80 years in an early four-week harvest.

Different opinions. But not everyone thinks that climate change is a problem and a disadvantage for wine production. Some, like Luigi Moio, winemaker and professor of Oenology in Naples, see no catastrophe in all this, stating that “so much wine has never been produced as good as now. And it will continue to do so. Thanks to the scientific knowledge of the last 150 years. The problem will be for the early international vines: Merlot, Cabernet, Sauvignon, Syrah and others. For our great reds with autochthonous and late vines extraordinary opportunities open up. And if the temperature rises again, we have the tools, viticultural and oenological, to intervene. ”

This climate change could lead to the discovery of new types of wine, new breeding techniques and new technologies.

How do we tackle this new turn?