Man among the stars: 57 years of space missions 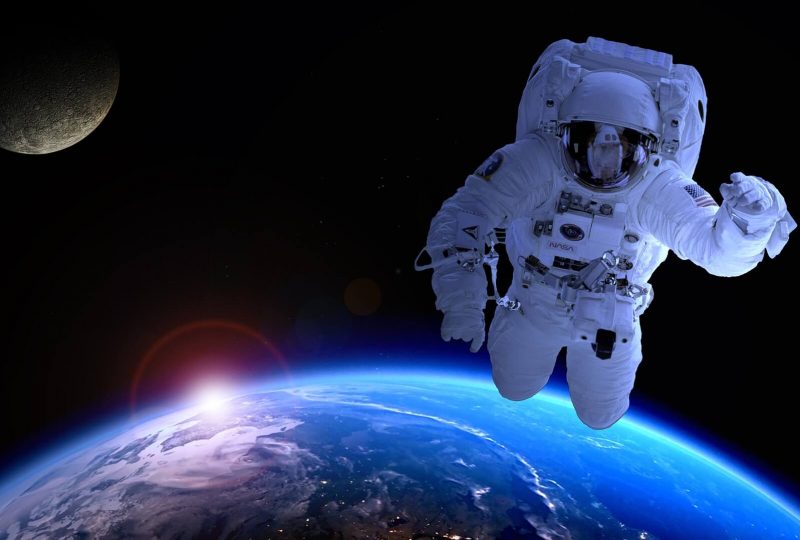 The “International Day of Human Space Flight” is celebrated every year on April 12th. At Impactscool, after celebrating at Yuri’s Night Milan, we decided to talk about the future’s space missions

On April 12, 1961, the man first saw the Earth from space through the eyes of Jurij Alekseevič Gagarin, cosmonaut and Soviet aviator. He started his trip at 9:07 in Moscow, exclaiming the now historic expression поехали! (poechali – “let’s go!”) and he traveled with the Vastok 1 spacecraft, completing an elliptical orbit around the planet at a speed of 27,400 km / h, with a maximum altitude of 302 km.

The date of April 12th has passed into history and is still celebrated today with the “International Day of Human Space Flight“, established in 2011 by the United Nations. On the occasion of the anniversary, which according to the ONU symbolizes the ability of man to push beyond the boundaries and exceed their limits, there are many “space parties” organized around the world by experts and enthusiasts: evenings in the name of scientific divulgation but also of entertainment. Milan celebrated “the man in space” with Yuri’s Night Milan, which was also attended by Impactscool with Cristina Pozzi, Andrea Geremicca and Hady Ghassabian, suborbital astronaut and our Ambasador and Contributor.

From 1961 to today there are many events that have marked the evolution of space missions, moving ever further the limits of man: just to name a few, in 1963 Valentina Tereskova becomes the first woman to be sent in space, in 1965, Aleksej Leonov makes the first “walk” among the stars, in 1969 the man lands on the moon and in 1971 the Russians launch the first orbiting space station. For the Italian successes we have to wait a few more years: in 1992 Franco Malerba became the first Italian astronaut in space, while for the first woman we even waited for 2014 with “astro” Samantha Cristoforetti.

But what will the space missions of the future be like and what are the next boundaries that man will be able to cross?
The goal that, at least in appearance, seems closer today is that of space tourism. In a recent interview, Paolo Nespoli, the Italian astronaut with more extraterrestrial experience, said he was certain that as early as 2019 we will see the first commercial space flights organized for civilians. Prices, at least initially, will be exorbitant: for example, to spend a week in the first private space hotel, presented last year by the Russian space agency, it will be necessary to spend the modest sum of 32.5 million euros, with supplement 16 million for those who do not want to miss the opportunity to take a walk in space. But we can not rule out that, within a few years, next to the traditional destinations for travel and holidays, we could find offers for an “all-inclusive week at the international space station”, or discounted prices for a “cruise between the stars”.

The dream of space agencies, however, seems to be Mars. While waiting to be able to send the man, NASA is preparing to launch a new spacecraft on the red planet, which will study the inner part in order to understand how the rocky planets and their moons are formed. Italy also actively participates in research on Mars: the Campania Region has approved a 4 million euro financing for the development of MicroMED, a device that will be used to study the dust of the planet and the associated electric fields. It is an important scientific tool for the analysis of the formation of Martian sand storms and it will be useful, therefore, in the planning of the robotic and human future’s missions. MicroMed will be embarked on the ExoMars 2020 mission, one of the most important of the European Space Agency, which will bring a rover on the red planet in search of traces of life.
Other innovative technologies that will help in the future’s space explorations come from the NIAC, NASA Innovative Advanced Concepts, a program created for the research and development of space missions. For 2018, 25 projects have been approved, apparently science-fiction: from shapeless drones for planetary exploration to a gigantic space telescope, up to an innovative propulsion system potentially able to get us to Mars in just a month. It is not to be taken for granted that these proposals are really transformed into technologies or that they will be used in real missions, but projects such as those funded by the NIAC contribute decisively to the progress of aerospace research.

Last, but not least, is the great theme of pollution. We don’t only produce a lot of waste on Earth, but we are also starting to fill the garbage space and this trend, with the evolution and intensification of space missions, can only increase. For this reason, the Clean Space initiative is born, an ESA project that aims to get to more green missions.

Who knows if Jurij Gagarin, looking at the earth from above for the first time, had imagined all this.