How Big Data has changed marketing

Every day we generate about 3 quintillion bytes, a huge number of data that have the power to revolutionize many sectors, one above all that of marketing. We talked about it with Roberto Carnazza Managing Director of Weborama Italia. 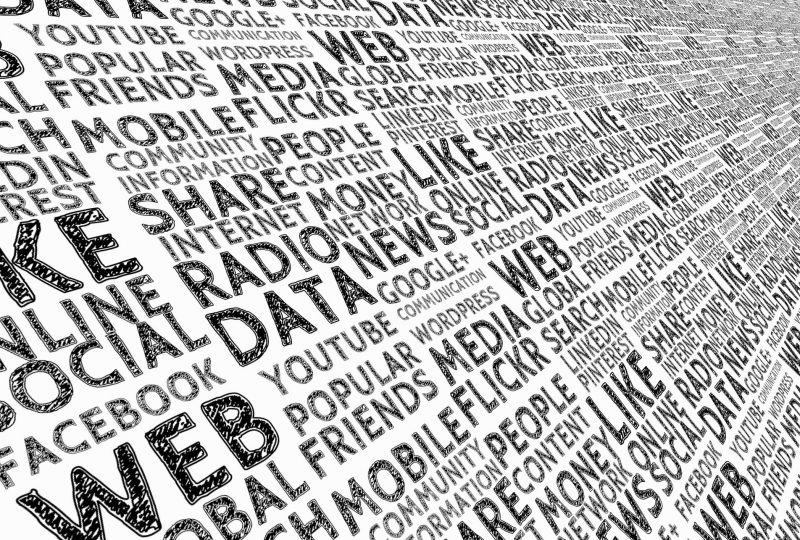 The arrival of Big Data, the enormous amount of data that we constantly produce through digital media and which is destined to grow exponentially, above all thanks to the arrival of new enabling technologies such as 5G, has had enormous impacts in many areas. One has been most revolutionized, however, it seems to be that of marketing and corporate communication.

It is a sector in which data has always been the “raw material” for any activity, be it an advertising campaign or an awareness one. Being able to manage and use these data correctly is almost an art and nowadays, without the due precautions for privacy, stumbling is easy. This is why many advertising agencies rely on data management and analysis professionals, such as Weborama, a French Data Science Company, present in Italy since 2011, active in various areas of digital and offline marketing.

We interviewed Roberto Carnazza, Managing Director for Weborama Italia to try to better understand what role the data play in marketing and what the possible future directions may be.

How has marketing changed with new technologies? What was the great revolution?

In general, I don’t think that the principles of marketing have changed much over the years, the ways in which we use the tools that marketing has available, including data, have changed. This means that the aim of the game is the same: to bring companies to sell more, to position themselves in the best possible way on the market or to be perceived correctly. The instruments are always the same: the data, for example, have always been the basis of marketing, the difference is that today we have many more of them and the ways we process them have changed. The real revolution is fundamentally that: the arrival of Big Data. Until a few years ago, the people involved in marketing worked on Excel, with data obtained through random market research, which took for granted that they were representative. Now with big data, we come to a census approach, we get a vision, a pulse of the market and a profile of consumers that are much more reliable and closer to reality.

To analyze the data you use a semantic AI, how it works?

With semantic AI what we do is try to profile consumers based on the content to which they are exposed. We map the main topics of discussion within the network and try to understand how much the areas of interest of consumers are similar to those that we have identified as the main topic of which people speak online, so as to build the profile of each. This artificial intelligence is based on the analysis of the natural language of the contents that are produced and the way in which they are used. Through this analysis, we are able to insert the consumer in some behavioral patterns that we have defined upstream and to define predictive models.

It is statistically probable that a consumer has purchasing behaviors similar to those of people belonging to his own segment.

In this way can you reduce costs for companies?

With an initial investment, there is large earnings for companies. This approach makes it possible to make fairly accurate predictions about the people to whom certain communication actions are directed. It is the so-called “least possible dispersion”.

How is your approach to data analysis structured?

We use four pillars. Let’s start from the analysis of what the ecosystem is in general, thanks to which we draw out a series of insights that can be exemplified in the behavior patterns of greater or lesser affinity in the areas of interest. At this point, from the insight we extrapolate the macro-target and inside it we identify different segments of the audience. If before all the information is grouped in a single communication message, now it is possible to work more than up, reaching the right person at the right time. Finally, to close the circle, there is the measurement, to understand how the various segments are reacting to communication activities, to further refine the campaign.

It is said that the data is the new oil and your database has around 1 billion users worldwide, in Italy around 50 million. How are these data handled and what is their value?

In reality, the metaphor of the new oil is significant up to a certain point: we do not have much of the oil itself, rather it risks catching fire and creating environmental disasters if they are not able to manage it and refine it properly. This is what we do with this oil that is important: to make cars work. For the data it is exactly the same thing, the point is how to put them together to make the most accurate forecasts possible and therefore be able to manage the future and deal with it in the best possible way. We have a lot of data available for us to do semantic analysis. We are talking about hundreds of millions of information around the world: the ability from our point of view is precisely in understanding what to do with it, how to exploit it. The most classic way is the monetization of the data itself: you resell it and use it to a campaign. Or you can view it as a targeting service that give me all those who have purchased this product on that eCommerce. This is certainly a valid, profitable approach, but it is the first step, the next step and, in my opinion, the most important one, is the construction of predictive models.

As for Weborama only marketing, if you ask me for a market vision it is known that they can also be used in other areas, social policy or how much others. In reality, it depends on the connotation you want to give to things, in the end in this case we are talking about political marketing rather than politics. In our case it has not happened yet, not excluding that it could happen, even if we are with the antennas well-stretched because it is very risky, I don’t think we will go into that field.

Our data is all completely anonymized and aggregated, so we have absolutely no sensitive personal data. We do not maintain navigation history to build profiles, so we are in line with the GDPR guidelines. I think I can say that Weborama is among the first advocates and supporters of privacy in Europe is a cornerstone of our work.

A question about the world of work: once in the marketing there was the figure of the advertiser, today there is a whole spectrum of professional figures that deal with data, how it is differentiated and which are the most sought after figures?

Huge demand for everything that is given something, scientist, analyst, engineer to then expand and understand all that is related to the world of computing. The thing that I hope, however, is the contamination. In terms of professional figures it would be desirable that even in the field of creativity there were a little more data-driven people, it seems an oxymoron, a creative who thinks with data is enough rare but I think it would be healthy if we moved from a purely artistic approach to a more contaminated one.

About contamination, figures like those of sociologists and philosophers? Does the same thing happen above?

In my opinion, marketing has a lot to do with sociology. As Weborama, part of our task is to identify trends that are social in the end, the famous segmentation means not only sticking to numbers but understanding what are the new groupings of people within society that can be more or less sensitive to certain arguments. Finally, I talked about data scientist, engineer, but it is important to keep in mind that within our team there are also different linguists to manage the semantic approach