How to feed a world

In 2050 there will be about 10 billion people and with the current production and distribution system of food we will not be able to feed everyone without destroying the planet. Solutions and practices to feed the world 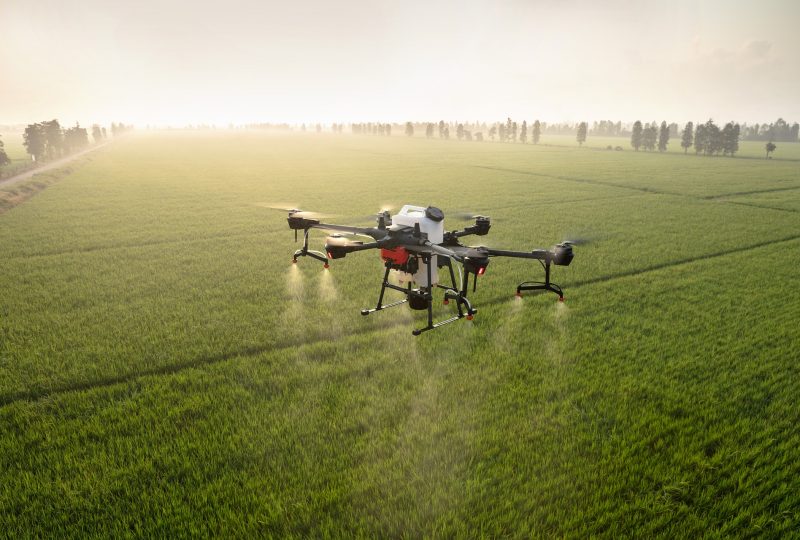 According to the WHO, around 820 million people suffered from hunger in the world in 2018. By 2050, with the current production system, the hungry will be more than 2 billion. Yet agriculture, fishing, and livestock farms across the planet produce enough food to feed 10 billion people today. Feeding the world, today as tomorrow, is not a problem of production but of waste: every year, about 1.3 billion tons of food, a third of world production, end up in the garbage.

Solving the problem of world hunger is a complex issue and part of the solution lies in the use of new technological tools as well as in a new mindset for everyone.

Agriculture 4.0. Each year we lose around 6 million hectares of forests to make room for cultivated fields. Deforestation as a method of increasing food production, for us and for farm animals, is not sustainable, as Covid-19 has well reminded us. The approach of man to uncontaminated areas of forests all over the world is in fact an element that increases the possibility of spillover, the phenomenon for which we come into contact with new and potentially pandemic diseases. Not only that, the loss of forests has a strong impact on the climate issue. To feed the world it is necessary to rethink agriculture in order to make it more efficient.

We do not lack the technological tools to do this, indeed, soon with the advent of the 5G network and with the ever more widespread diffusion of IoT systems and Drones the so-called precision agriculture will be able to make a quantum leap. Imagine cultivated fields in which the plants are controlled one by one by drones equipped with various types of sensors that monitor the presence of any pests, the conditions of the soil, if a plant needs to be watered or not (reducing the consumption of water) and more. In combination with satellite data and sensors on the ground, every aspect of cultivation will be monitored and managed with millimeter precision.

The world of precision agriculture has all the credentials to have a substantial impact on agricultural production, and is already partially having it: according to the Smart Agrifood Observatory of the Politecnico di Milano, for example, precision agriculture in Italy is a booming market with a turnover that already reached 400 million in 2019 (with a growth of 270% compared to the previous year).

New production approaches. While precision agriculture promises to make cultivation much more efficient without changing its basic idea (planting a seed on the ground and waiting for it to grow), other approaches take new ways to try to produce food less Orthodox, with results, at times, very encouraging. This is the case with vertical or indoor agriculture, i.e. growing plants inside hydroponic tanks in closed buildings, even better if these buildings, as in the case of the Growing Underground company, are disused urban buildings that find new life. In this way, two pigeons are taken with one stone, on the one hand bringing production to the cities, cutting costs and emissions related to transport and distribution, on the other hand, buildings that would otherwise be abandoned are redeveloped.

Urban crops, moreover, can rely on the use of robotic arms and other devices that could not give 100% in open fields without adequate infrastructure. These systems, exploiting artificial intelligence, can manage plants and harvest fruits and vegetables in total autonomy.

Three for two. All these improvements based on agricultural technology, however useful, would lose all effectiveness if they were not accompanied by a cultural revolution. Waste of food, as mentioned at the top of the article, is, in fact, one of the main problems related to this area. For every ton of grain harvested, one third ends up in landfills. For every kg of slaughtered meat, 300 grams will rot in the wet bin. For each bunch of grapes, one third of its berries will be thrown away. We want to stress this concept to try to make it as clear as possible. When we throw an eggplant because “maybe it’s no longer good”, we are not just throwing the vegetable, we are also putting to waste all the energy that was used to grow that plant, all the pesticides that we used to make it grow without problems, all the water used to irrigate the plant, and above all, we released a significant amount of CO2 into the atmosphere for no reason.

It’s not all our fault. It should also be pointed out, in order not to only blame consumers, that a large part of this waste occurs well before the food reaches our shopping bags. Losses occur at different levels of the food supply chain, in particular there are three phases of the chain in which the greatest waste occurs: the production phase, the distribution phase and finally, therefore, in consumption.

If of the role of consumers we have indicated before how much is a matter of bad habits, as regards the other two phases it is good to clarify the reasons for these wastes.

In the production phase there are errors in the production of food, in its storage and in its transport which bring many goods to end up discarded. This occurs to a greater extent in developing countries that do not have the necessary infrastructure to ensure efficient collection and transport.

In the distribution phase the issue is decidedly more controversial. The waste, in this field, is not due to errors or poor technical skills, but is linked to inappropriate marketing and sales issues that lead to the discarding of products that might not aesthetically meet consumer satisfaction.

The real key to feed the world, therefore, is the almost total reduction of food waste. It is about putting into practice a new cultural paradigm, one that refers to the circular economy, to reuse, which aims to consume in a sustainable and conscious way, therefore preferring seasonal vegetables and local products. We can no longer afford the luxury of wasting so much food, and in this regard, it is worth underlining it, it is good to know that this new paradigm is superimposable with what aims to reduce CO2 emissions to limit the damage of the climate crisis, a a theme to which above all the new generations are more sensitive and which, hopefully, will make them more aware consumers.