Fires in Brazil, are we really losing the green lung of our planet?

After Siberia, even the Amazon was hit by an abundant series of fires, often of arson origin. We try to understand what is happening, what are the risks and environmental impacts of this affair. 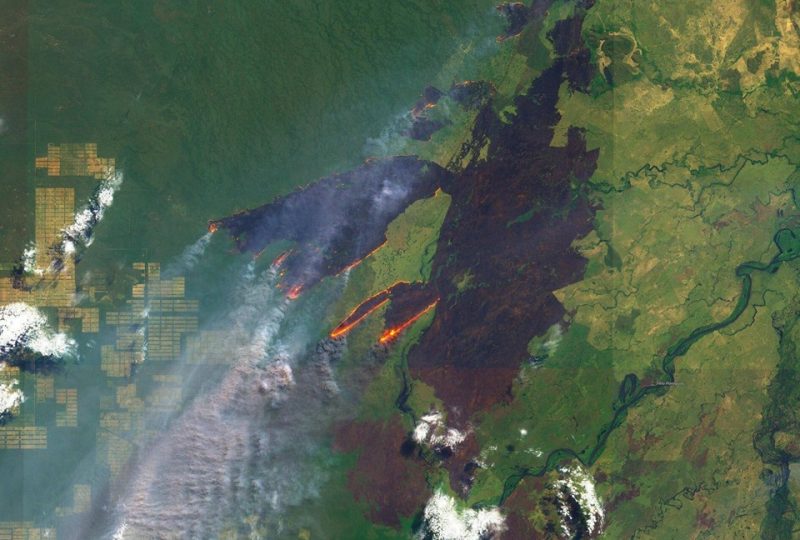 Thousands of fires are hitting the Amazon rainforest, a very serious and worrying event that has aroused the interest of public opinion, but that it is important to contextualize to be able to fully understand its consequences and impacts.

Amazon is a very large area, about 6 million square km, roughly the same area as the European Union. A huge surface, covered with lush forests: the Amazon River basin is, in fact, an incredible reservoir of biodiversity, untouched nature for miles and miles. Every year there are many fires that hit this area, both of natural origin and caused by man to make new land to cultivate. This year, however, a new record of fires seems to have been reached, more than 75 thousand only in the Brazilian part of the Amazon, an increase of 85% compared to last year. The most severely affected areas are in the northern part, in the States of Roraima, Acre, Rondônia and Amazonas, which saw fires increase between 141% and 81% compared to the past four years. The issue, however, is not just Brazil. Other states also have part of the Amazon and are facing increases in fires: in Bolivia, for example, compared to last year they increased by 114%.

The green lung. It has always been said that the Amazon is the green lung of the planet and according to some estimates, it would produce 20% of the oxygen we breathe. But things are not like that. The oxygen produced by rainforest trees is mostly reused by the trees themselves in their metabolism. Their importance does not derive from the ability to generate oxygen, but from that of retaining CO2: each year the Amazon absorbs two billion tons of this gas, equal to about 6% of global emissions. What is even more serious than these fires is precisely the release of all the CO2 stored in these trees, which will also not be able to absorb any more once they have become embers. A self-perpetuating process is then triggered, which could lead to very serious consequences for the environment.

A critical point that could be reached concerns the possibility of micro-climatic changes in the Amazon: it is called rainforest precisely because it is a territory where the rains are very common and this, at least in part, thanks to the enormous presence of trees that, through evaporation, create their own rains. A too serious loss of trees could lead the ecosystem to lose its ability to self-regulate, transforming this region into savannah and putting at risk millions of animal and plant species (most of which are still unknown), as well as many medicinal plants that humanity uses for the synthesis of all kinds of drugs. Not only that the loss of large areas of forest also means that about a million indigenous people living in these forests could find themselves without a home overnight.

The responsibilities of the president of Brazil. The situation is serious and several operations are underway to keep the fires at bay, particularly on the side of the Bolivian government. The issue, on the side of Brazil (on whose territory most of the Amazon is located), is more complicated: recently President Jair Bolsonaro, after refusing $ 20 million in aid offered by the G7 to keep the situation under control, signed a decree authorizing the military to intervene in areas of higher risk to manage fires. Bolsonaro has been accused of having contributed to the increase in arson attacks with his positions always aimed at greater exploitation of the resources of the Amazon. When the director of the institute for space research in Brazil (INPE) released worrying satellite data on the increase in fires, Bolsonaro asked for his resignation, accusing him of supplying false data to discredit him and accusing NGOs that take care of preserving the territory of the Amazon from having set fires to put the blame on him.

Our responsibility. If on the one hand it is legitimate to have doubts about the work of the Brazilian government and there seems to be no doubt about the responsibilities of the farmers who started the fires, on the other it is important to take our share of responsibility. The reason why many farmers come to start fires is to increase the amount of cultivated and grazing land: the products of these plots are mostly used for the production of soy for animal feed and for cattle breeding. The World Bank reports that 80% of the lands converted into the Amazon rainforest are in fact destined for this purpose. This is a very profitable sector for Brazil that exports large quantities of meat. And Italy is one of the countries that most import meat. About 30 thousand tons of meat a year, a figure that will increase thanks to the agreements made for the EU-Mercosur trade treaty, signed last June 28 after 20 years of negotiations between the European Union on one side and Brazil, Argentina, Uruguay and Paraguay. The agreement will break down many duties and will favor the export to Europe of beef and soya for animal feed, which are the main cause of deforestation in the Amazon.

A first step to tackle the problem of fires in the Amazon and, more in general, the climate issue is to accept the complexity of discourse, avoiding pointing out some as bad and others as good, not allowing us to have a complete view of the situation. The next step, instead, should be to reduce our consumption of meat, going to act upstream of the problem, and to limit emissions, the main cause of global warming to which part of the recent fires are attributable.