Altered Carbon, Netflix’s new sci-fi series, brings us into a future where technology revolutionizes not only the world of things, but also the concept of being human.

Since its origin, science fiction has explored the impacts of science on the future of society and people.
Authors, writers, artists and screenwriters have produced thousands of stories, often anticipating with their imagination the discoveries of scientists and researchers.
Altered Carbon, a TV show based on the novel by Richard Morgan, remains loyal to the genre, imagining a future in which technology change people’s way of life.

Altered Carbon’s history takes place in a hypothetical San Francisco of 2384, an ultra-technological metropolis where amortality is no longer just a dream. In fact, human beings can change their bodies whenever they want, transferring their identity from one envelope to another, thanks to special “mini-hard disk” placed behind the back of their neck, capable of “imagining” memories, emotions and knowledge. These bodies are built in the laboratory, taking advantage of eugenics and new technologies, and can also be created by special 3D printers.

Old age is no longer a threat and accidents and physical disabilities do not scare: if a body is damaged or deteriorated it’s easy to replace it. Technically we are not talking about eternal life, but amortality; the destruction of the “hard-disk”, in fact, causes the “real death” of an individual but, thanks to automatic and online back-up systems, people can “recover” their own soul even if their portable memory is damaged, losing at worst the hours or days since the last backup.

The situation, despite being the result of imagination, is not very different from the theories we have told you in this article a few weeks ago.
But what are the additional ethical and social cues on which the series makes us reflect about?

Religion’s point of view: in Altered Carbon’s future not all human beings approve amortality. Members of a neo-Catholic inspired religion, for example, are opposed to transition from one body to another and to physical survival after death. So many people choose not to live forever and sign a special ethical testament that forbids anyone to bring them back to life in case of accidents or death due to old age. For these people, death becomes the meaning of life itself.

Social differences: there are poor spare parts and quality spare parts. In the future, the rich can afford more beautiful, powerful and performing envelops, while the poor have to be satisfied with defective bodies or recovery. Moreover, only the first ones have the possibility to perform constant back-ups of their own conscience, managing to become even more “amortal” of ordinary people and therefore to live longer. A life long hundreds of years, however, can have several side effects, first of all the loss of value of life itself: without time limits the urgencies and the ability to appreciate the single moment diminish, and everything becomes feasible and therefore obvious. Another possible consequence of amortality is the tendency of people to consider themselves omnipotent and similar to the gods.

Aesthetics and soul: “Your body is not what you are, you can change it like a snake skin”, this is what one of the main characters says. But how do people react when we change our bodies? Are our feelings and our trust based more on the aesthetic aspect or on the soul and mind of a person? The series offers different situations and points of view: some characters consider the physical aspect predominant, and therefore they feel empathy for those who “wear” a known body (even if the mind inside it is different), others, however, manage to overcome appearances and love identities even if kept in bodies other than the original ones. Try to think about it: would you continue to love your partner if he/she has a different physical appearance? Or maybe if, due to the lack of available bodies, he/she was forced to “wear” a body of the opposite sex compared to the original one?

Concept of individual and individuality: thanks to expensive 3D printers, which allow anyone to print their favorite body in real time, in Altered Carbon’s future it is possible that, at the same time, there are two or more identical bodies. How to recognize the original one? How can you be sure that the person you’re talking to is your father and not a copy? The concept of an individual, understood as a single person, is further challenged by another technological evolution: the possibility of duplicating the hard disk with the identity of a person and installing it on different bodies. We are talking about science fiction, of course, but what consequences would cause the power to be in multiple places at once?

Transportation: with the ability to download your identity in any body, moving becomes easier. To travel from one place to another, even from one planet to another, you only need to transfer the files that contain the knowledge: a kind of teleportation of the soul.

Artificial intelligence: in Altered Carbon human beings and artificial intelligences live together in a balance that is often fragile and difficult to define. After all, if the body becomes a wearable garment and the knowledge (or soul, if you prefer) is convertible into electronic data and impulses, what differentiates a human being from an artificial being? It makes us think, in this light, that the authors have assigned the most “human” role of the series to Poe: an artificial intelligence that runs a hotel and that, despite its artificial origin, seems to be one of the only characters able to try feelings and be interested in others.

If the judgment on a sci-fi work is based on the amount of ideas (and doubts) that it manages to arouse in the public, we can say that Altered Carbon is a very successful series. Presenting a distant but probable future, it pushes us to ask ourselves how we would react to such great technological changes.

To deepen the relationship between technology and amortality, read also the chapter dedicated to this theme in Cristina Pozzi’s new book: 2050. Guida (fu)turistica per viaggiatori nel tempo. 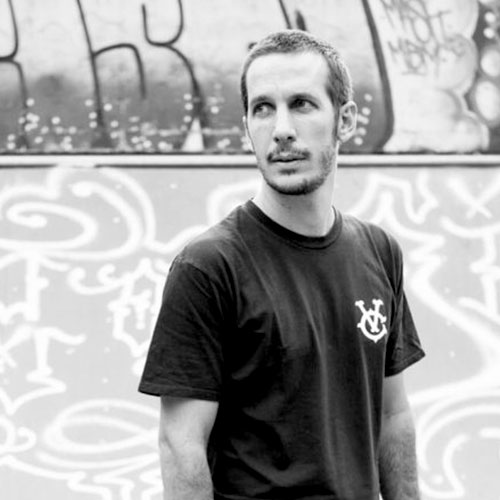 Alessandro Zampini is a journalist, musician, author and copywriter and Impactscool’s Contibutor since its foundation. In his articles Alessandro investigates the signals and predictions of the future hidden in the media, in popular narratives and in science fiction.

The stories have been a part of human life for...