Mushrooms are the material of the future

From space exploration to sustainable fashion, it is possible to extract and create a material with enormous potential from mushrooms. 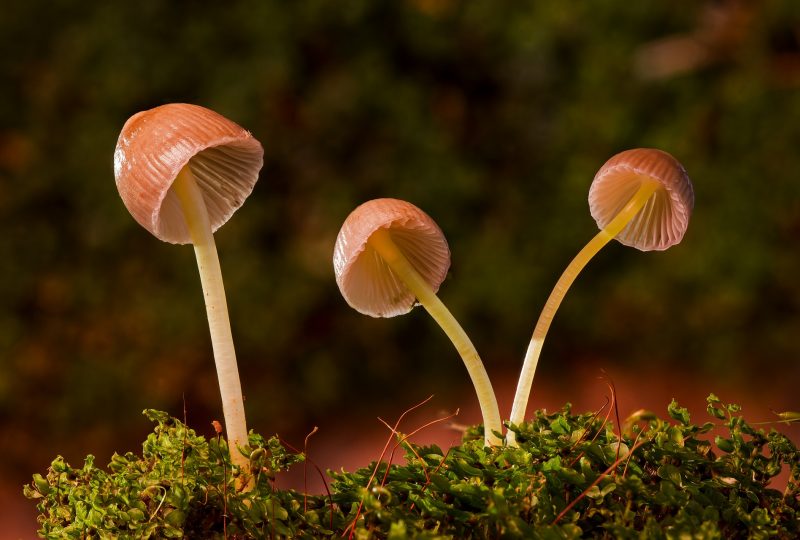 Mushrooms are everywhere. In the air, in the water, on the trees, in our bodies. Some are edible, others hallucinogenic, some infest our bathrooms and our cellars in the form of mold, others are the basis of medical remedies such as penicillin or excellent cheeses. In the future, however, their use could expand considerably, let’s find out which are the sectors in which mushrooms could become the material of the future.

In space. In the TV series “StarTrek Discovery” a mushroom of space origin, or rather the mycelium (the vegetative part of the mushroom) is used as fuel the “spore engine” of the USS Discovery, allowing you to make jumps in space, in time and in the multiverse . Although we are still light years away from having a technology even remotely close to this, in reality the mushrooms have already pointed out their potential in the field of space exploration. In Chernobyl, near the unfortunately famous reactor, a fungus, Cladosporium sphaerospermum, has recently been identified, which is able to feed on radiation.

This particular ability immediately attracted the attention of many researchers who already imagine radiation shields for space capsules capable of protecting astronauts from cosmic rays on long-duration missions. Not only that, even spacesuits and habitats in which a membrane made of this fungus is inserted will be able to safeguard the health of astronauts on future lunar (and perhaps even Martian) bases.

In fashion. The world of fashion is one of the most polluting. The search for more sustainable materials is an imperative that is engaging many realities, among these some have turned to mushrooms. However, we must not imagine shirts and trousers made of mushrooms. Fungi is a kingdom of organisms that also includes yeasts, molds and many unicellular and multicellular microorganisms. This makes them perfect as a base material for many applications, including textiles. NEFFA, a Dutch brand, has developed a fabric from the roots of some mushrooms. These are grown in a disc shape and then joined to create seamless dresses. The peculiarity of these dresses is that once thrown they simply decompose.

Even important brands such as Adidas and Lululemon have started projects that see the mycelium as the protagonist, developing, through the startup Bolt Threads, a material similar to leather called Mylo, much more sustainable than that of animal origin.

In the afterlife. “Living Cocoon” is a coffin made up, you may have imagined, from mycelium, what look like the filamentous roots of a mushroom. According to its inventors, the coffin significantly speeds up the time it takes for a human body, plus all the clothing and other materials that are buried with it, to decompose, from about a decade to as little as two years. Not only that, using this burial method eliminates the lacquered wood and metal that often decorate traditional coffins and take decades to dissolve, while providing nourishment for the ground.

In construction. The smurfs, the cute little blue men born from the pencil of the Belgian cartoonist Pierre Culliford, live inside houses built from mushrooms in harmony with nature. Maybe we should learn some building concepts from them. By taking a suitable substrate, such as sawdust or agricultural production residues, and allowing the mycelium to grow, you get a solid material that can be grown into any shape you want.

This is the challenge undertaken by The Living Studio in collaboration with Ecovative Design in the Hy-Fi project, a pavilion of MoMA PS1, the famous contemporary art museum, 12 meters high and built entirely of bricks made of mycelium. The initiative not only demonstrated the feasibility of a building that uses fungi and waste materials as raw materials, but also how these are completely degradable. At the end of the exhibition, after two months, the structure was dismantled and completely composted. If the structural one is a function that the mycelium can potentially support, in reality other uses are already more concrete. Such as the creation of insulating and soundproofing panels.

Fungi are 100% biodegradable, grow from waste, are found in abundance on the planet and possess characteristics with enormous potential, in particular the mycelium could lead to enormous innovations without the need to develop new technologies or synthetic materials. Not to mention that they are delicious on pizza.