The education revolution: towards edtech

The world of work changes and with it the skills considered necessary: how should the world of education change? 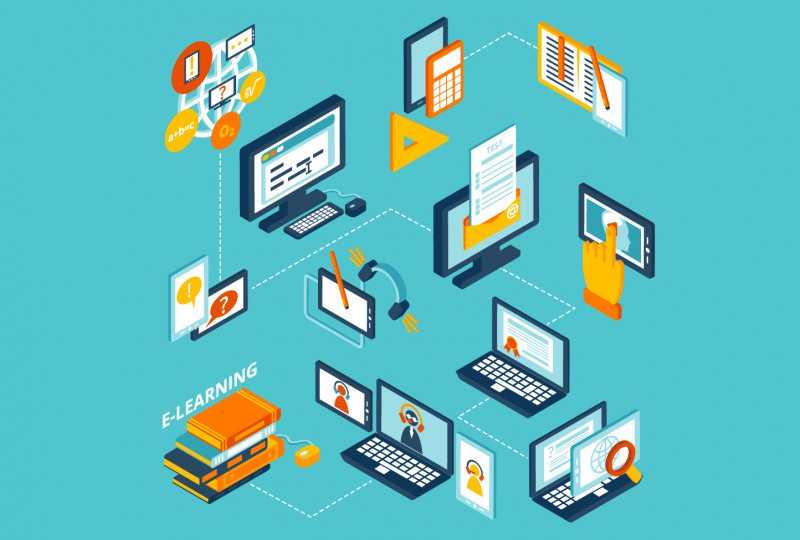 Following the World Economic Forum Annual Meeting 2020, held in January, Saadia Zahidi, managing director, declares that due to the revolution 4.0, or the technologization of the socio-working sphere, there will be a need for a change in work skills so that production can continue to thrive. By 2022, 42% change in core skills in today’s jobs is expected, a change that by 2030 will have to involve more than a billion people: in parallel, in just two years it is estimated that there will be 133 million professions today non-existent, a figure that rises to more than one billion within 10 years. How to deal with this “reskilling emergency”? The answer is in education.

Edtech: not just electronic whiteboards. When we talk about Education Technology, or EdTech, we generally refer to the meeting between technology and education. In particular, it consists in the introduction of the most innovative technologies in the classrooms in order to facilitate the learning of traditional subjects on the one hand, and on the other to link it to the acquisition of technological knowledge useful for future insertion in the socio-working sphere. They range from “creative” coding platforms such as Scratch, where children learn to program their stories and their games, to Minecraft, which allows the exploration of virtual worlds, up to LEGO MINDSTORM, one of the “game” systems that teaches how to build and program robots. But these are only the tip of the iceberg, which includes not only a vast range of technologies, but also all the skills that revolve around their correct functioning and their “governance”.

EdTech therefore, despite spontaneously making us think of the simple introduction of disciplines such as the history of robotics or basic programming, instead refers to a process of reworking teaching and learning in toto.

Reskilling emergency: new schools, new individuals. When the World Economic Forum talks about reskilling emergency, it does not refer only to the need to learn how to use and manage technologies, but to a real education revolution. Although ingredients such as computational thinking or programming are, together with others, at the center of the question, it is a question of reviewing the methods, in addition to the contents taught. If you rely only on the frontal lesson, held with a blackboard and chalks, how can you expect to capture the attention of children immersed in an interactive world, full of fast and digital stimuli? Traditional educational methods yesterday, are already obsolete today, unable to mediate with the same efficacy of technology, which communicates in an iridescent, original and immediate way. For this reason, it is included, together with the game, in the list of fundamental tools to innovate and enhance the learning methods, making them more captivating.

The gap to be avoided is not only the one between the technologization of the jobs and the absence of skills of the most adults: it is a matter of avoiding that the school remains an island of “traditionalism” while the outside world travels fast, transported by the progress. If the objective were to fail, causing a misalignment of the skills of today’s young people with respect to tomorrow’s world, the cost would be enormous: in the G20 Member States alone, a failure to respond to the emergency of restructuring skills would put at risk, in the next decade , 11.5 trillion dollars of potential GDP growth. To avoid this, it is not enough to enter a robotics course one hour a week: education reform is a process that involves the individual holistically.

The tech-revolution is taking place in the external world not only in the workplace, but also in the social, relations, art and culture spheres: a global change, which requires an “updating” of the equally global subject. The creation of a new forma mentis is at stake, suitable not only for contact with new technologies, but also with the society they structure: innovation, creativity, collaboration and communication are transversal skills useful not only in the workplace, but more in general in the world resulting from technologies and the resulting globalization.

All gained then? It seems that we have been moving, for some time now, on the road to progress in a single lane: that of technologization which, to move forward in a total way, has now also involved education. But we are sure that it is not appropriate to check, along the way, what are we leaving behind? Will we be able to retain, in this new educational model, all the cognitive skills developed so far?

There are those who say no, like the French philosopher Bernard Stiegler in his “The chiaroscuro of the net” according to which the massive use of technologies from an early age seems to be at a disadvantage of skills such as imagination or graphic production, replaced by the immediate availability of ready-made games and images already created. Another risk of the overstimulation to which the technologies subject us is that of the deficit of attention: perpetually entertained by changing stimuli, one becomes accustomed to attention towards apparently “static” stimuli, such as those offered by a simple book.

The educational challenge is complex, and in facing it it is good to evaluate whether we are ready for the future scenarios it brings: the presence of new skills, but also the disappearance of skills that have contributed to building our artistic-cultural past.

I work as a researcher at the Università Cattolica del Sacro Cuore of Milan and the University of Ferrara; at the same time I attend a master's degree at the European University of Rome "Law and ethics of emerging technologies". My goal is to study and critically analyze the socio-economic implications of new technologies.

The education revolution: towards edtech