Musk vs Bezos: two visions for a common goal

The near and far future of humanity in space 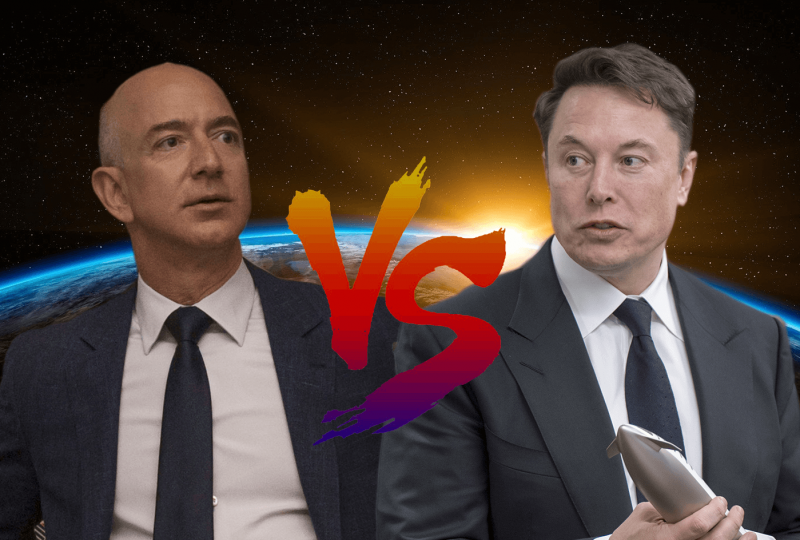 50 years ago the space race was a fulminating technological and scientific acceleration that saw two superpowers: USA and USSR. Two different world views that have been faced in the space playing field. A wild ride with historical records that ended when Neil Armstrong’s boot left the first imprint on the Moon in ’69. Since then, despite continuous successes from many realities from all over the world, both in human space exploration and in robotics, public interest in space has been diminishing. Until today.

A new race is taking hold, a race that sees new protagonists in the game: no longer just economic and military superpowers, but also super rich, able to manage commercial empires. We are talking about the two main players in this new race: Elon Musk and Jeff Bezos, multibillionaires who saw a possibility of profit in space, but also something bigger: a vision of the future.

The SpaceX and Mars. Elon Musk is the founder of Tesla, the automotive company that is changing the cards in the world of self-driving electric vehicles, and SpaceX, the private aerospace company that has moved the missile paradigm.

Founded in 2002, SpaceX has had a clear short-term vision from the beginning: to make the space more accessible. The costs to send a kilogram of cargo into orbit are stratospheric because the rockets are disposable. Millions of dollars that end up in scrap at every launch. Musk’s words in this regard are clear: “imagine if you had to use a new plane for each flight. Very few could afford to fly “. The same is true for space. That’s why SpaceX was born which, in less than 20 years, has become a reference point in the aerospace industry thanks to its Falcon 9, rockets capable of landing and which can then be reused. A disruptive innovation that brought the cost to bring a kg of material from over 50,000 dollars in the Space Shuttle to around 2000 dollars.

To date there have been 39 successful landings, 20 rockets that have been reused and the new version of the Falcon, the Falcon Heavy, the most powerful rocket in the world at the moment, has already completed two successful flights. Among these was the one that led, with a bold marketing move, a red Tesla carrying a mannequin wearing the new SpaceX space suit on a trip near Mars. Now that the Falcon family’s rockets are operational and established, Musk is already looking to the future with a rocket, or rather a new-concept spaceship. The Starship, once known as BFR (Big Falcon – or F *** ing – rocket), a giant rocket, currently under construction, capable of carrying a crew of 100 people in space for interplanetary travel, to the Moon and to Mars.

The future of Musk. It is Mars that fills Musk’s future. All his efforts seem to lead in the direction of the red planet. According to the South African entrepreneur, humanity must become a multi-planet civilization, expand into the Solar System to avoid extinction. The Starship could play a fundamental role in the start of this colonization, creating the basic infrastructure for a colony on Mars and arriving, in an unspecified future, even to terraform the planet.

The slow but inexorable ride of the Blue Origin. Musk’s vision is similar but at the same time profoundly different from that of his opponent, Jeff Bezos. The e-commerce tycoon does not need many presentations, Amazon’s founder and richest man in the world, he invests a billion a year in his assets in his aerospace company, Blue Origin. Founded in 2000, the vision of this company is to allow millions of people to live and work outside the earth’s atmosphere.

Following the motto “gradatim, ferociter” – gradually, relentlessly – the first result obtained is modest (compared to those of its competitor) but innovative: it is called New Shepard, a sub-orbital rocket, so only able to visit the space for a few minutes, which has purely tourist purposes. Like the Falcon 9s, this rocket is also able to land in order to be reused, to date it has completed 10 successful flights. In the prospect of constant growth, a new rocket is being developed, New Glenn, which on paper will also outperform the Falcon Heavy. 45 tons of load taken into orbit with each launch and the ability, like all the rockets involved in this race, to be reused. Recently, Bezos unveiled its plan to contribute to the return of man to the moon: a lander capable of transporting up to 6 tonnes of cargo on the surface of our satellite, including human crews. The idea is to create a transport infrastructure that facilitates the entry of companies, research institutes and countries that cannot afford to develop the technology needed to reach the Moon.

The future of Bezos. But Bezos’ vision of the future goes much further in time and does not envisage colonizing other worlds: he wants to build them. Based on the 1969 studies by Gerard O’Neil, professor of physics at Princeton, Amazon’s CEO expects mammoth hollow cylinders, of dozens if not hundreds of miles, rotating. The rotation would simulate gravity and the inside of the cylinder could be inhabited. In this way, he imagines, the Earth will be freed from the oppressive human energy consumption and humanity will be able to find new accommodation anywhere in the solar system. Building these space colonies is not a task for our generation, but Bezos efforts aim to build the necessary foundation to allow his vision of the future of humanity to become real.

Both Musk and Bezos passionately believe in a future in which humanity will be able to find wealth and prosperity in space: metals, minerals, energy are in fact abundant outside the warm embrace of our planet. The race has just begun, who will be the winner is not given to know but, in any case, our civilization could be found on the threshold of a new era full of challenges, difficulties, and opportunities. 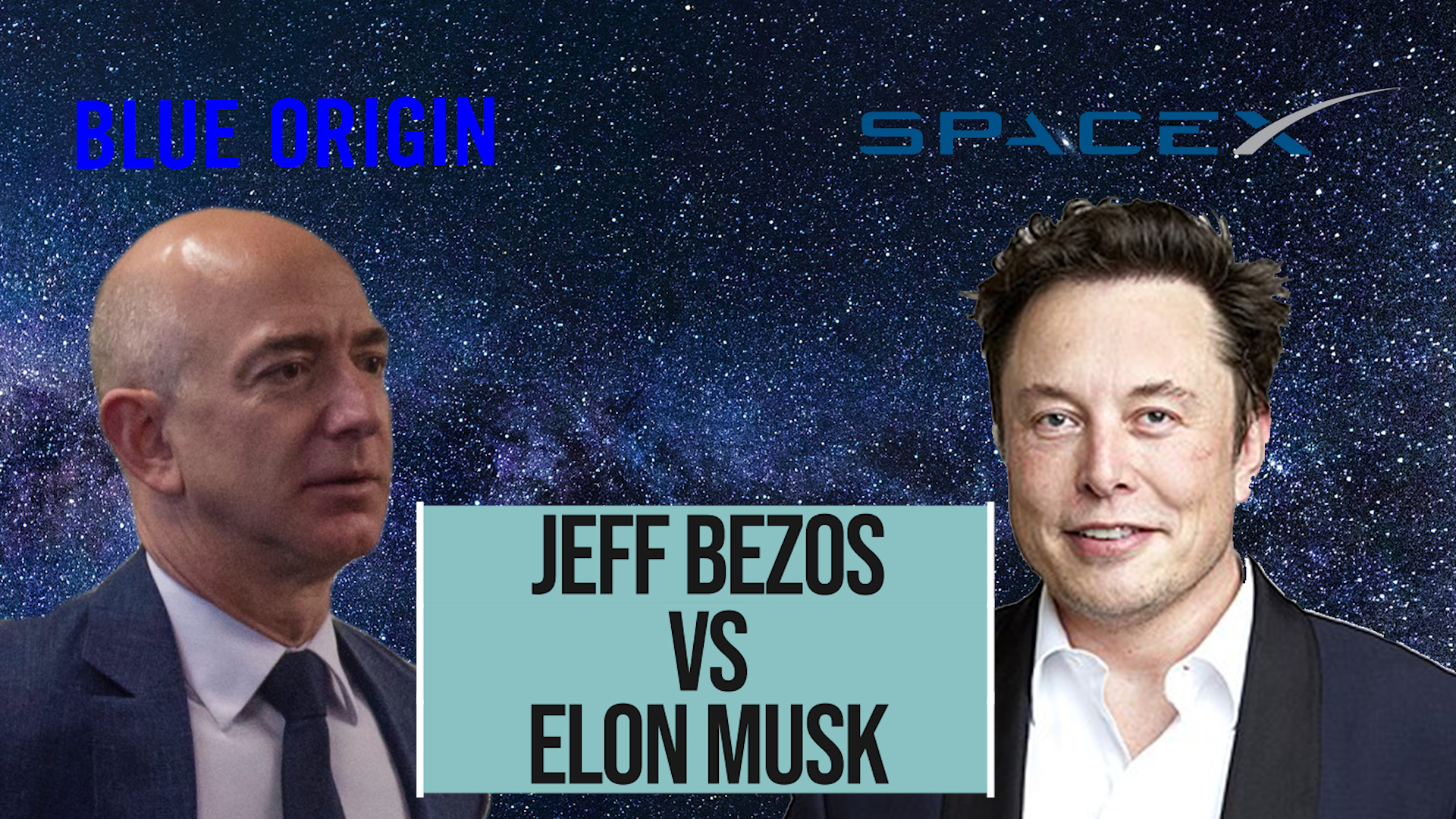