In Summer 2020 the Italian government has faced multiple issues, including the digital front. The movement is investing every country and we need politic to step in taking a clear position in the transformative process that society is courageously dealing with. 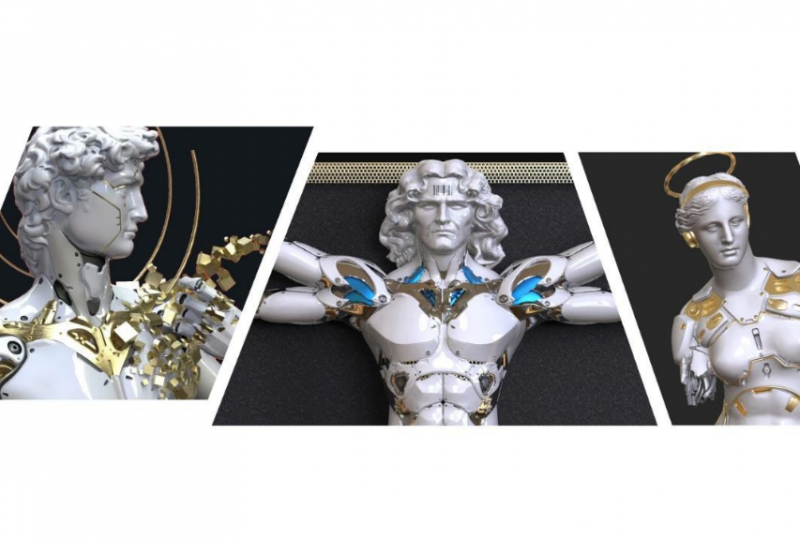 Today the v-world is actual as the real one and interactions with Artificial Intelligences are uninterrupted, from the songs “you might also like” on Spotify to the Google Maps routing. Predictably, Italy is among the lowest performing European countries both in terms of digital education and internet connections. As a consequence, impacts are expected to affect the industrial development and the economic growth, but more importantly they are influencing our capability to read the world and handle it with the appropriate instruments.

About this matter the Italian Ministry of Technological Innovation and Digitalization intervened in July 2020 releasing the “National strategy for digital skills” which is aimed at reducing the present cultural gap through plans dedicated to digital inclusivity and technology education starting in primary school.

On the other hand, the relevance of a responsible development of AI (Artificial Intelligence) in this industrial transformation has been recognized as critical in the paper “Proposals for an Italian Strategy for Artificial Intelligence” issued by the AI Group of Experts on behalf of the Italian Ministry of Economic Development. The document is part of the so-called “Coordinated Plan” promoted by the European Commission in 2018 to deploy an EU competitive and international industrial politic rooted in AI, while leading the way in elaborating the underlying ethical principles.

Both documents participate in the Italian digital transformation process, highlighting the pivotal role of a human centric technology for the national economic development.

The Italian strategy for AI. The Italian AI Group of Experts commences by stating that a strategy for the development and implementation of A which is delivered on a state-run level, can play a leading role in the growth of Italy.

Aligned with the European approach in fact, the full-scale enhancement of AI should pass through a public-private partnership. This Italian (and European) approach lies halfway between the strategies adopted by the two current world giants in terms of AI: China which operates under the public pressure of Beijing and USA which is instead largely driven by famous big national private companies.

The PPP (public-private partnership) has historically been successful thanks to the sharing of economic resources and technological innovations brought by research: the Italian industry can become the protagonist of a new technological, social and environmental “Renaissance”, boosting the (futuristic) public system to become the real driver of the national Industrial Revolution 4.0.

The whole project today seems quite dreamy and imaginary rather than belonging to a futuristic reality, but it is definitely a necessary starting-point.

In fact, this is exactly the vision from which the idea of an Italian Institute for Artificial Intelligence (I3A), a real technological hub with a dual soul, was generated: on the one hand, it will be aimed at research and experimentation in support of the public sector and on the other it will embed a competitive body capable of attracting Italian and international excellences, targeting the development of innovative solutions under private management (and financing).

The goal is to create a virtuous circle of continuous growth, a collaborative environment capable of spitting out ground-breaking projects to the benefit both of the public and the industrial sectors.

The Italian Government welcomed the establishment of the I3A Institute, and on the 3rd of September 2020 Turin was chosen to host the new hub.

Turin, the heart of the technological renaissance. Turin has uncoupled from the “gray FIAT[1]” image that has characterized the city for years and, as the municipal councillor Chiara Foglietta told us, “in this respect Turin offers an interesting landscape as it combines the presence of two international-recognized universities, with an entrepreneurial system that fit the challenges posed by these new technological frontiers “.

“Turin “smart city “- continues Foglietta –born before the candidacy to host the hub of artificial intelligence, and precisely in January 2016 when we launched the first experience of Torino City Lab”, the first Italian open-air laboratory of innovation aimed at bringing together citizens, private companies and public administration to freely dispose of new technologies and assess their impact on the quality of life. A sort of “Free Technology Zone” in which international technology corporations test their products or services in cooperation with end-users. This year, for example, experimentations touched Skycopters made by the American company Skypersonic, robots in telepresence to visit museums – from a partnership between Tim[2] and Fondazione Torino Musei – and Olli, an electric self-driving minibus made of 3D printed parts.

This mindset allowed Turin to win second place as Smart City in Europe in 2016, and still today it attracts innovative projects and international investments, such as the recent partnership between Tim[3] and Google for the largest data centre in Europe.

In addition to a stimulating technical-industrial fabric, however, Turin can also boast of nesting a fine judicial culture. Great modern thinkers such as Gustavo Zagrebelsky, Francesco Pizzetti, and even Stefano Rodotà have left their footprint in this city, infusing Torino with a certain habit of putting on the table anthropocentric ethical reflections and studying the impact that social or technological changes can have on human beings. In fact, it is no coincidence that among the main promoters of Turin as national centre for AI, there is Don Luca Peyron, director of the Digital Apostolate of the Turin Archdiocese, created one year ago to deepening the role of digital culture and of tech-revolution through an open dialogue between the ecclesial and the social/academic structures.

The importance of ethics. These days we are all talking about nothing but the Netflix documentary “The Social Dilemma” and this is probably happening also thanks to the unique choice of combining the film with an online mass discussion on the social issues addressed in the movie. The focus in fact, as for Black Mirror and Electric Dreams or going further back for “Matrix”, “I, Robot” or “Ex Machina”, is leading the audience to question the present and imagine the future to come.

Films and TV series are the very heir of ancient Greece myths: they tell us about possible society’s evolutions through the major tension knots. Two thousand years ago human beings were investigating about man-god connections, representing on the stage the struggle between human and natural laws; today, on our screens, we broadcast man-machine relationship designing ethical-driven barriers to prevent AI to become uncontrollable. Global questions that are warming up the debate at all levels.

Perhaps this urged Europe to start considering questions about what it meant to grow an anthropocentric artificial intelligence and which should be the ethical principles to base on the true innovation, in the sense of development.

Technique and ethics are naturally-intersected fields, whose alliance contributes to pose new doubts whose answers change over time in function of the underneath society. Suffice it to say that in Italy until a few years ago heterologous IVF was forbidden, while transnationally genetic engineering is still under a big lens (globally).

Likewise, the development and deployment of an AI ecosystem necessarily involves reflections on our society and on its roots, on the path directing us towards the future, and towards technologies of the future trusted by human beings and which humans are willing to collaborate with. Unsurprisingly, the “Recommendations on AI” of the Council of the World Organization for Economic Cooperation and Development (OECD), speaks of reliable and trustworthy AI.

And again, it should not impress that the Digital Apostolate, but in general the enlightened theologists, sit at the same table with jurists, philosophers, economists, designers, industrialists, and scientists to collaborate in the creation of a fair, inclusive, and accessible technological environment.

In fact, the risks emerging from the biases that can influence the machine’s decision-making process are now quite well known, and (sadly) famous are the examples of discrimination derived from the uncontrolled and unethically-directed AI development.

From the white supremacist Microsoft chatbot on Twitter, to the Google image recognition system that confused black men with monkeys, it is now clear that the processes today, in a global and interconnected world, have complex nuances that can be dealt with only by assembling teams that are diverse both in terms of skills and in terms of gender and ethnicity.

The (possible) role of the AI National Institute. With a clearly practical perspective, in the Italian experts of the Strategy for Artificial Intelligence’s plan, an intergovernmental “Direction Room” will be entrusted with the elaboration of the new legislative tools needed to meet the technological demands and to lead the AI designing and exploitation in the public and private sectors.

As we want to go beyond the role of the Direction Room while keeping central the ethical analysis applied to the AI evolution, we can imagine assigning the Institute for Artificial Intelligence also the function of Ethical Observatory, with powers of monitoring, assessment and ethic-legislative project. A centre constantly measuring the social temperature and the impact of this sci-fi world building on citizens. A centre establishing also legal innovation, breeding ground for collaboration between jurists, industries, scientists and philosophers.

The truth is that if we really wanted to build up this framework, the principle of diversity should be respected not only in terms of the represented skills, but primarily fostering balance and inclusivity for all genders and ethnicities. In fact, it can be thought that this ethical milestone has been accidentally “forgotten” in selecting the AI experts behind both the OECD Recommendations and the Proposals for the Italian Strategy. The first in fact, sees the presence of 16 women out of a team of 56 people, while in Italy there are only 5 women out of a total of 30 professionals “expert enough” to participate the drafting a strategy which is critical for the future of our country.

It does not seem strange to question about how such disproportion is present even in a field devoted to setting guidelines for a human-centric approach, and which should be committed in not preferring the ordinary decision-making categories.

Artificial Intelligence is a marvellous invention that is accompanying the human being in the 4th Industrial Revolution, but it is just a tool and, to say it with Don Luca Peyron’s words “… the subject is always the man (and the woman), and where the man (and the woman) wants to go ”. If we want to experience a true economic, social and environmental RenAIssence, it will be vital to overcome the previous referral systems and to face bravely the future with a fresh and revolutionary mindset. 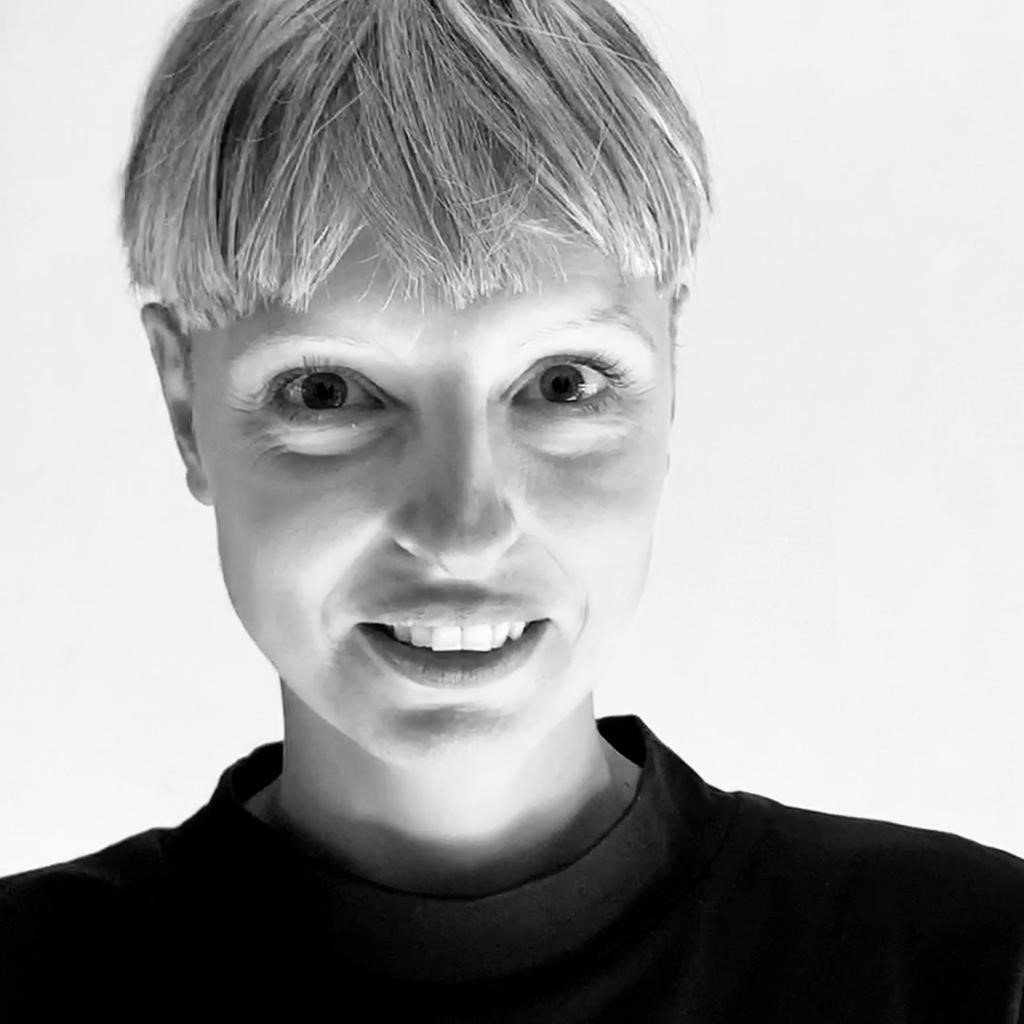 Luna Bianchi is a jurist with decades of experience in Intellectual Property, passionate about human rights and gender equality

NFT – how art is starting to inhabit digital

Today the v-world is actual as the real one and...