The secrets of memory: how do we “save” information

Memory and learning are key functions of the brain: what cellular mechanisms underlie them? Memory and learning are key functions of the brain, which allow us to better survive as individual and species by allowing us to more effectively interact with the environment. Also, memory allows us to define our individual identities. In Gabriel Garcia Marquez’s “One hundred years of Solitude”, the inhabitants of the imaginary village of Macondo are at some point affected by a plague which leads to the cancellation of memory. They cannot remember the name of objects, nor their function. To cope with this loss of function, one of the citizens starts labelling things, until he finally forgets the meaning of words and letters look like meaningless scribbles.

Memory in cinema and books. Literature and movies tickle our imagination and help us understanding, through the power of myth, the conceptual pillars through which we look at the World: one of these is memory. For example, in Chris Nolan’s “Memento”, the protagonist looks for revenge for the killed wife, but he cannot fix memories for more than few minutes. This story is loosely based on the famous case of patient HM. HM suffered from a very rare form of epilepsy, originating from the altered function of both temporal lobes. Following the surgical removal of large part of those, in 1957, HM’s cognitive and motor functions were intact, except his ability to consolidate new memory. This led to the conclusion that the structures of the temporal lobe are responsible for the conversion of short-term memory in long-term memory.
On the other hand, patient M.L., who suffered of pure retrograde amnesia following traumatic brain injury, can be considered a real-life Jason Bourne, the super secret agent from Ludlum’s novel, interpreted on the big screen by Matt Damon. In fact, M.L. could not remember anything that happened before the brain injury, but he could learn new facts and his procedural memory (know-how) was intact. In addition, he still had a sense of familiarity towards those things he previously experienced (knowing) without being able to recollect what those things were (remembering).

Memory, definition and classification. According to the Oxford dictionary, memory is “the faculty by which the mind stores and remembers information.” True. But there is more complexity to it. For example, memory can be classified in short-term and long-term memory. Short-term memory, also known as working memory, is very important for storing information needed to perform a specific task. For example, if I am cooking an egg, it is important to know if I have already added salt and pepper, if I like tasty eggs. However, only some short-term memories are subsequently converted in long-term memory. For example, the day after I cooked the egg, I may not remember how much salt I have added, or which hob I used, but I will likely remember the fact I cooked eggs.

Long-term memory is classified in implicit and explicit. The former is subconscious, and it includes procedural/motor memory (know-how) and conditioning. The latter is also known as declarative memory, it is conscious, and it refers to both the general meaning of things (semantic) and to specific facts and events (episodic).
H.M. and M.L. cases also show that these different types of memory exist because of the function of specific brain areas.

The brain areas. The hippocampus, which is in the temporal lobe, is involved in the generation of long-term memory but not in its storage, as H.M.’s case highlights. On the other hand, the case of M.L. suggests that the connections between the temporal and the prefrontal (the part of the brain just under the forehead) lobes are essential for the retrieval of long-term memory. This reinforces the idea, still not fully confirmed but strongly supported by experimental data, that memories are not stored in the brain like books on a shelf, but they are scattered in different parts of it, which then retrieves them by re-playing them. Neurobiologically, there are good reasons to think that remembering an experience is very similar to actually re-living it.
A fascinating question which always taunted me is: “how can this squishy mass of flesh and blood – the brain – be responsible for our memories, our emotions, the definition of our true self?”. The answer is still not very well known. However, over a century of scientific investigation on the biological basis of cognition, including memory and learning, started to shed some light on this intricated, sublimely fascinating puzzle.

How does it work? The brain works as an incredibly complicated information relay. It receives information on what surrounds us through the sensory organs (eyes, ears, nose, tongue, joints, skin etc), which convert the energy associated to different environmental stimuli into electrochemical impulses that can be used by the brain. What a mouthful! Let’s have an example. If something touches our skin, certain specialised nerve endings, called Pacini bodies, transforms the energy associated to pressure, in electrical impulse, by displacing electrical particles on the 2 sides of the plasma membrane, which delimits the cell. At rest, the plasma membrane of nerve cells has a negative electrical potential. But if excited by external stimuli, this can become more positive, until an electrical spike, called action potential, is evoked. Electrically activated sensory cells release a substance, called neurotransmitter, onto other nerve cells, which work as the first “cable” between the skin and the brain. The neurotransmitter binds receptors on these cells, inducing depolarization of the plasma membrane until another action potential is evoked; and so on. This sequence of nerve cell electrical activation and neurotransmitter release is known as synaptic neurotransmission, and it is the most commonly used system by information to travel through the brain. The cell releasing neurotransmitter is called pre-synaptic, the one receiving it, post-synaptic.

What we know (not really). What happens in the hippocampus? How can that sequence of action potentials and neurotransmitter release which was associated to the sensation of touch, be transformed into a memory which we can store and subsequently recollect?
The truth is that, once again, we still do not clearly know how that works. I have been working on the hippocampus and other temporal areas function for almost 15 years, and I still struggle to understand how our measures can inform us on memory formation.
However, at the beginning of the 1970’s, 2 young and talented neuroscientists, Bliss and Lømo, did an experiment. They have noticed that the electrical potential artificially evoked in the rabbit hippocampus, before and after a high frequency (100 impulses in one second) stimulation of the nerve cells releasing glutamate, had different amplitudes. More precisely, the second potential was always bigger than the first: a potentiation of synaptic transmission. And since once the electrical potential became bigger, it stayed bigger, for hours, even for days, they called it long-term potentiation of synaptic transmission, also known as LTP. The LTP is a form of so called “synaptic plasticity” which corresponds to the ability of a synapse to undergo changes in the way it transmits information, based on its previous history.

The LTP has some interesting features:

Associativity, reversibility and input-specificity are features in common with a mathematical model of learning, called Hebbian, as it has been developed by Donald Hebb in the 1940s. Hebbian learning has been for many years considered an abstract model of how network of nerve cells can learn information and LTP still represents the most widely used Hebbian cellular correlate of memory and learning.
What is even more fascinating is that LTP relies on changes of the nerve cell protein composition and the activation/silencing of certain genes, involved in memory consolidation. In fact, following the induction of LTP, the ramifications of nerve cells increase, and they get populated of little buds, called synaptic spines, specialised in binding neurotransmitter.
It can be said is that the consolidation of a memory is an event which involves every single aspect of the brain physiology, from the pattern of activity of complex networks of nerve-cells, to the change of the structure of single nerve cells to the expression of specific proteins.
However, the mystery bound to the operations of this complicated machine, the human brain, from the memory of a string of grass to the one of our first kiss, remains unveiled.

Know yourself. Yνῶθι σεαυτόν, was written in the forecourt of the Temple of Apollo in Delphi, Pausania says. Know thyself. Maybe one of the highest aims for every human.
Maybe, unravelling the mystery of LTP and better understanding its relationship with memory, would mean more than knowing a physiological function. It would also mean knowing more about our individual nature, knowing ourselves.

So, the research continues. 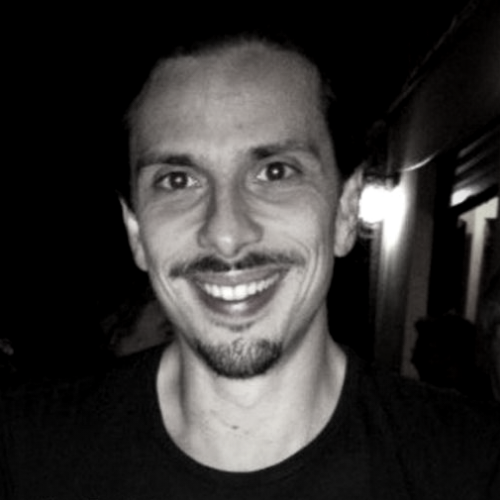 Degree in Pharmaceutical Biotechnology and PhD in Neurophysiology, qualifications obtained at the University of Bologna. Since September 2017, he is assistant professor in Pharmacology at the University of Reading. In recent years it has established a collaboration with the University of San Marino and the Social Security Institute which aims, together with the team of Dr. Susanna Guttmann, to develop electroencephalography as an early, economic and non-invasive diagnostic system for the Alzheimer's disease.

The secrets of memory: how do we “save” information

Memory and learning are key functions of the brain, which...