What would our life be like without the International Space Station?

20 years of the International Space Station, 20 years of innovation, research and wonder. Let's explore some of its main scientific implications 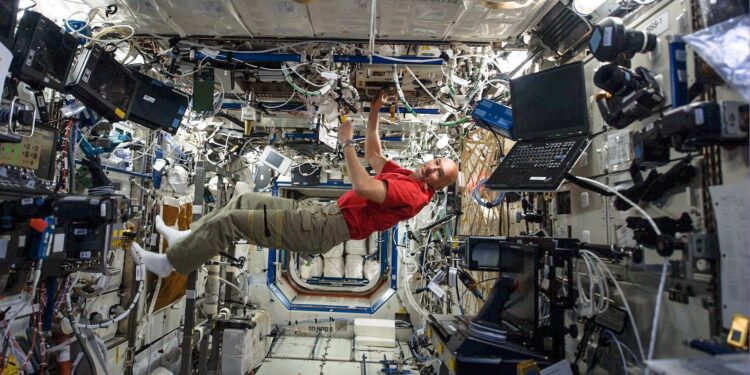 The International Space Station has been constantly inhabited for twenty years. On November 2, 2000, the first historic Expedition 1 arrived at the station, with the three astronauts William Shepherd, Yuri Gidzenko and Sergei Krikalev. The presence of an orbital laboratory has allowed us in 20 years to achieve incredible scientific, social and technological goals. In this article we have tried to scratch the tip of the iceberg to observe some of these results and objectives.

Fluids in microgravity. One of the most important aspects of the ISS is that it is in conditions of microgravity. This obviously does not mean that on the Space Station there is no gravity, but being in orbit this is precisely the perception. On Earth, the behavior of all fluids is heavily subject to gravity, which often does not allow us to accurately study other fundamental characteristics of the same fluids. On the ISS these measurements are allowed.

Without the measurements made on the ISS, the fluid dynamics data would be lacking for many applications on Earth. For example, much of this data is useful for pharmaceutical companies to understand the behavior of molecules to create new drugs. The understanding of fluid dynamics has also allowed much research on how energy storage occurs, both in batteries and in solar production plants. These are small advances that overall have helped make solar power generation for large plants cheaper than coal-fired power generation in 2019.

Microgravity materials. Understanding how molecules work in microgravity and how they are modified by applying magnetic fields to them has allowed us to create a new series of brakes for high-speed automobiles and aircraft landing gear suspensions. Added to this is the study of how fluids and solid materials interact with each other, an even more interesting matter in organic materials. These latest studies on the ISS provide a better understanding of how food molds on Earth. An application difficult to imagine when we think of the International Space Station.

To these few examples are added materials physics studies, many times carried out outside the ISS. As a scientific laboratory, every single centimeter of the Station is in fact exploited to the fullest, including the exterior. The external surface allows, for example, to measure how the external radiations of space interact with various types of materials, but also the consequences of thermal exchanges, which between day and night, outside the ISS can reach hundreds of degrees. Jumps that also occur approximately every hour and a half.

The absence of gravity has already shown great results in eliminating impurities in the crystal lattices of optical fibers, which drastically increases their performance. With the enormous lowering of the cost of reaching orbit, it is not too hard to think about the creation of commercial stations dedicated to the production of high-performance materials, particularly in demand for medical applications.

Medicine from space, not just medicine for space. To allow a stay of 20 years in space, the most advanced filtering systems in the world have been designed, which guarantee practically total recycling of all the water contained on board, from the urine of the astronauts to their sweat. This allowed to reach new technological levels in recycling and filtering technologies, necessary for applications in third world countries as well as for future trips to Mars.

At the same time, understanding how our human body works in space has allowed us medical applications on Earth as well. An example is the Advanced Diagnostic Ultrasound in Microgravity, microstations on the ISS that allow astronauts to perform basic diagnostic operations directly on the ISS. The same machines have been modified and applied to telemedicine operations in areas otherwise inaccessible to ambulances and doctors here on Earth.

Another example is laser technology to correct vision defects, which for years has enjoyed an incredible improvement in the accuracy of operations after adopting the eye tracking systems originally used on the ISS.

For example, the Image-Guided Autonomous Robot, a robotic system that identifies and acts on cancer cells, has developed from the robotic technology developed by the Canadian Space Agency and used for the station’s robotic arms.