Human activity in space has led us to launch probes and rovers in every corner of the solar system but sometimes even stranger things end up in orbit. And maybe that's what makes us human. 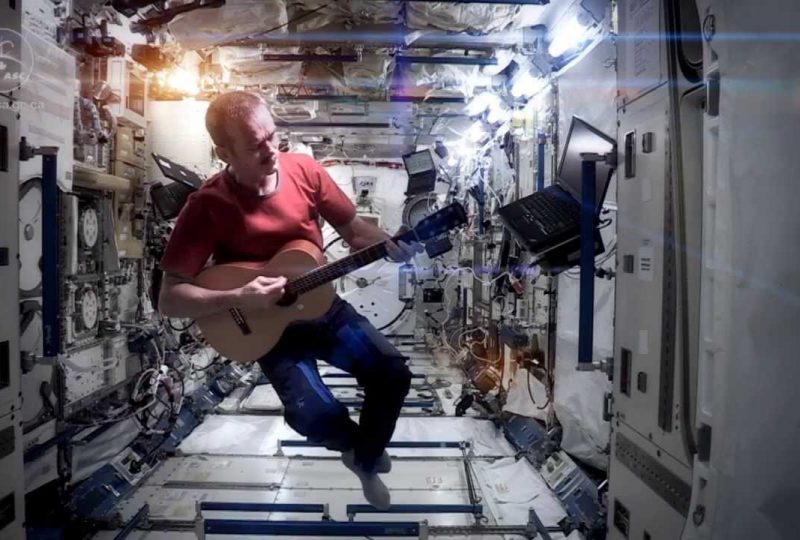 In the last supply payload launched towards the International Space Station, in addition to food, water and scientific experiments there were also 12 bottles of wine. Unfortunately for the astronauts, however, they are not for them: it is a test of a French Startup, the Space Cargo Unlimited, which wants to study the effects of microgravity on wine aging processes. The bottles will remain on board the ISS for 12 months while another 12, of the same type, will remain on Earth so they can be compared. It is not the first time that alcohol has been sent to space: beer, whiskey and even cognac have been guests of the ISS or of previous space stations such as the Soviet MIR. Alcohol in space may seem something unusual, but since the dawn of space exploration, we have sent the most disparate things into orbit (and beyond).

A little healthy music. Music has accompanied man since the dawn of time, so it seems logical that it would follow us even in our space explorations. Recently the commander of the ISS, Luca Parmitano, organized the first Dj Set live from space but it is not the most famous case. Former commander Chris Hadfield brought an acoustic guitar with him in 2013 and played a cover of the famous David Bowie piece “Space Oddity” from the space station. The music video produced today has more than 40 million views.

A drive around. Surely you will not have missed it but we could not fail to mention Elon Musk, who during the test launch of the Falcon Heavy sent his red Tesla Roadster electric car into orbit around the Sun. Partly a marketing stunt, on the other a clever use of a launch test that otherwise would have launched a concrete block to simulate the load. The Tesla is still in orbit and after making a close pass of Mars is continuing to turn around in the solar system. If you are curious about where it is now there is a site that shows it in real time.

Return to the origins. In December 1903 the two Wright brothers succeeded in what seemed like an impossible feat, flying using a vehicle heavier than air. In 1969, to honor that historic moment, on the Apollo 11 mission, which touched the lunar ground for the first time, there were two pieces of wood and a small cloth covering on board: they were original parts of that plane which for the first time he broke away from the ground.

Not too long time ago in a space station not too far away. Star Wars is a milestone of science fiction cinema and those who love space are almost obliged to be passionate about these fantastic stories. It is no wonder, then, that in 2007, for the 30th anniversary of the first episode of the saga, Luke Skywalker’s original lightsaber was sent on board the International Space Station.

A worthy burial. Clyde Tombaugh was an American astronomer who discovered Pluto on February 18, 1930. The planet, now a dwarf planet, has remained a dot that slowly moved over the starry field until 2015 when NASA’s New Horizons spacecraft flew over the planet taking photos and doing analysis of this small planet at the edge of our solar system. In addition to scientific instruments, however, on board there was a very special load: the ashes of Tombaugh, which died in 1997. The astronomer’s remains were sent to the planet he himself had discovered.

The objects, the artifacts and the things we have sent into orbit are now so many, from sandwiches with ham to  aluminum statuettes through the famous gold discs on board the Voyager probes. In the near future, human expansion into space could accelerate and therefore the question naturally arises, what will be the first bizarre object that man will bring with him to the surface of Mars?