Resources on the Moon may not be enough. How to regulate access?

With the growing interest of the moon, international tensions could also grow regarding the exploitation of the resources of our satellite. 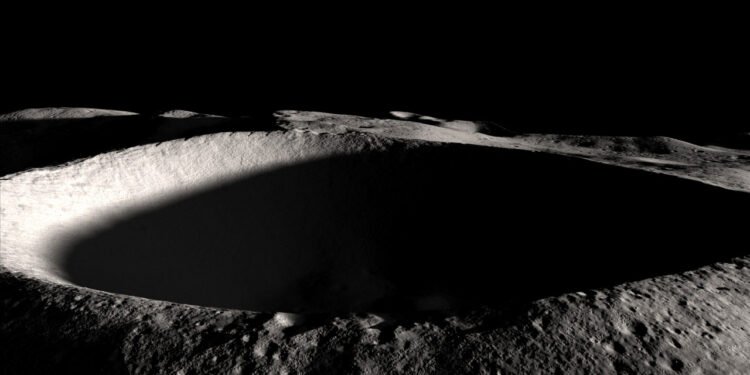 This is what a new study published in the Philosophical Transactions of the Royal Society A states. In this article a group of researchers, led by the “Center for Astrophysics | Harvard & Smithsonian, ”found a potential problem with the management of lunar resources. According to the studies conducted, there are not enough resources available for future colonization projects if each player acts independently.

Martin Elvis, astronomer at the Center for Astrophysics | Harvard & Smithsonian and lead author of the article pointed out that the problem could arise from the fact “that there is no law to regulate who can use the resources, and there are a significant number of space agencies and others in the private sector that will land within next five years. ”

The spatial laws. First of all, it should be pointed out that in these cases the word “exploitation” also refers to scientific and non-profit activities. For a lasting stay on the Moon, for example, it will be necessary to exploit the ice deposits at the poles or the regolith and the lunar soil. This in any case represents the exploitation of the lunar resources.

Currently, international space laws are governed by the Outer Space Treaty which among other things clearly states that lunar resources cannot be owned by a single state. At the same time, however, it does not establish precise criteria for the exploitation of the Moon’s resources. The Artemis Agreements signed to date by eight countries try to add a small piece to this. These, despite the name, are not real agreements but principles, based on the Outer Space Treaty.

Among the Agreements, one in particular defines the possibility of exploiting the lunar resources, respecting the Extra-atmospheric treaty, in particular articles II, VI and XI of the Treaty.

Limited resources. Astronomers from the Center for Astrophysics | However, Harvard & Smithsonian have found critical points in the exploitation of resources, especially in their quantity. In fact, there are few areas of interest for material extraction, and after a more careful analysis it was noted that the areas containing the materials of greatest interest are precisely those with a smaller surface.

The presence of helium-3 on the Moon is already known from the analysis of the regolith taken during the Apollo missions, from that moment, the construction of a lunar base was considered a valid hypothesis. To strengthen it, the numerous researches conducted to date. In addition to He-3, the presence of water and iron is in fact known. Alanna Krolikowski, assistant professor of political science and technology (Missouri S&T) said, “The biggest problem is that everyone is targeting the same sites and resources; states, private companies, all of them. But the sites and resources are limited. We don’t have a second Moon to move to. This is the only satellite we can work on. ”