How a panorama can change the way we see the world 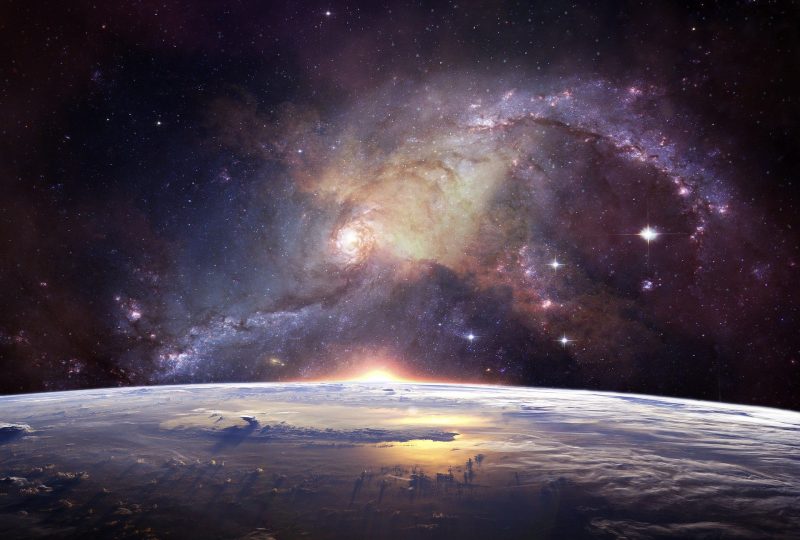 In these summer days you will have happened to go to the sea or to the mountains and see a breathtaking view, one of those sunsets or sunrises that remain inside and that make you feel invigorated. Now imagine what effect could have observing all the sunrises and sunsets of the world at the same time. It is difficult for us, but astronauts have before them a panorama like this every day and, apparently, with very particular effects on the human mind.

The Overview Effect. Also called the effect of the overall view, is a real cognitive change in awareness reported by some astronauts and cosmonauts during space flight, caused by the observation of the Earth from orbit. The first man to fly into space, Yurij Gagarin, mentioned it first. Just during his journey he communicated via radio “from here the Earth is beautiful, without borders”. And he was not alone, many astronauts after him noticed how observing our planet, so small and fragile, suspended in the void and protected by a very thin veil, the atmosphere changed their perspective. Even the Italian astronaut Paolo Nespoli confessed having been victim of this vision. In fact, he declared in a TV show “here we fight among ourselves, but from up there we understand that there are no borders and that we must all be together”.

Space tourism will change the world. Observing the images of the Earth from space is always a marvel, but it does not achieve the same effect as being physically at 400 km of altitude in orbit around our planet. For this reason, space tourism gains a new meaning, not only a dream for many and a reality for a few in the near future, but a tool to understand the complexity of our world, the link between ecosystems, the fragility of our atmosphere. They are convinced of this at Virgin Galactic, according to which the spread of space tourism will launch a brotherhood movement as in the 70s the famous photo Blue Marble contributed to the birth of environmental movements.

The pale blue dot. The famous science communicator Carl Sagan had summed up the experience of the Overview Effect very well even without having experienced it firsthand, commenting on a famous photo showing the Earth seen from 6 billion km, which appears, in fact, as a pale blue dot. “From this vantage point, the Earth may not seem of particular interest – wrote Sagan – But for us, it is different. Look again at that dot. It’s here. It’s home. It’s us. On it, everyone you love, everyone you know, everyone you’ve ever heard of, every human being who ever existed, lived their lives. […] Earth is a very small stage in a vast cosmic arena. […] For me, it underlines our responsibility to take care of each other more kindly, and to preserve and protect the pale blue dot, the only house we have ever known”.