Mars on Earth: the astronauts'”gyms”

Our planet is full of extreme environments, from incandescent deserts to frozen and desolate lands without a drop of water. The perfect test bench for future space missions. 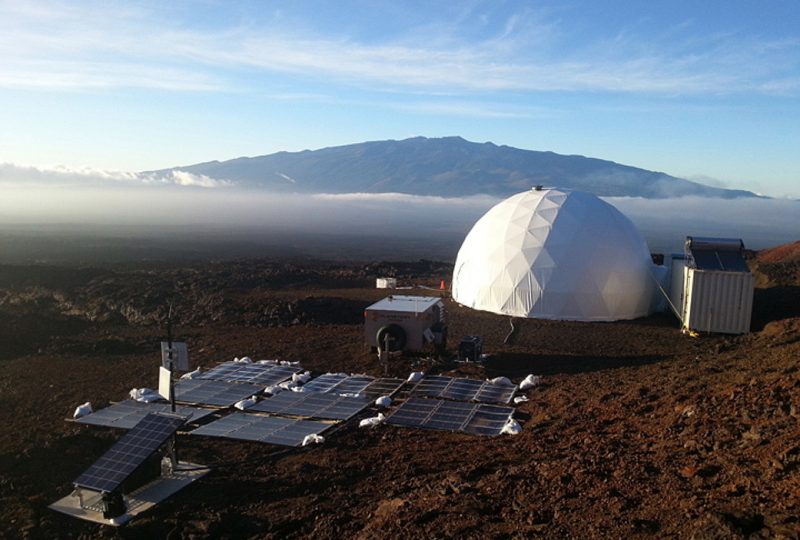 An expanse of arid and inhospitable soil extends as far as the eye can see. The temperature change between day and night is over 40 degrees, there is practically no water even where there should be glaciers and a person who was unfortunately on its surface would not last long without an adequate life support system. This is not Mars but the Atacama Desert, one of the most inhospitable and arid places on the planet. So unlikely to accommodate life (human), which has been repeatedly chosen as a testing ground for space missions. Let’s find out what are the places on Earth that seem to come from another planet.

Mars in Chile. The Atacama desert is one of the oldest deserts on our planet, as well as the aridest: on average each year it barely drops 2 millimeters of water. No wonder it is used as a place to simulate different types of space missions. A 2003 study tested Viking 1 and 2 probe analysis systems in search of life and in some areas failed to find any microorganisms. The soil is so similar to that of the red planet that even the rovers destined to run around on its surface and the drills used to collect samples are tested here by a dedicated section of NASA called ARADS (Atacama Rover Astrobiology Drilling Studies).

The “analog missions”. To prepare its astronauts and test the equipment, NASA conducts missions called “analog” to validate architectural prototypes, to do technological demonstrations and gain a deeper understanding of the technical and operational challenges of the equipment that will be used in future missions. There are several infrastructures used for these purposes, scattered in the most inaccessible and inhospitable areas. From the habitat “Hawai’i Space Exploration Analog and Simulation” (Hi-Seas) on a desolate volcanic area of ​​Hawaii, to the Haughton Mars Project on the island of Devon, in northern Canada, beyond the Arctic circle, an area barren and uninhabited except for the small houses that simulate a Martian habitat, passing through NEEMO, NASA’s Extreme Environment Mission Operations: a habitat at the bottom of the Pacific Ocean where the Aquarius underwater laboratory is located. Astronauts spend up to three weeks in these laboratories having the opportunity to simulate life on a spacecraft or space habitat and perform extravehicular activities even wearing real space suits to test every aspect of the missions.

Survivors. The idea of ​​exploiting the extreme territories of our planet as part of astronaut training is not a new idea. Already at the dawn of the space age, in the 1960s, both the US with the Mercury project and the Soviet Union sent astronauts to remote places in preparation for possible emergency landings in uninhabited areas. The men were trained to survive in deserts or rainforests or even in the Siberian Taiga waiting for the rescuers to locate and recover them.