The first real flight test of the new SpaceX spacecraft was an incredible success, despite ending with an explosion 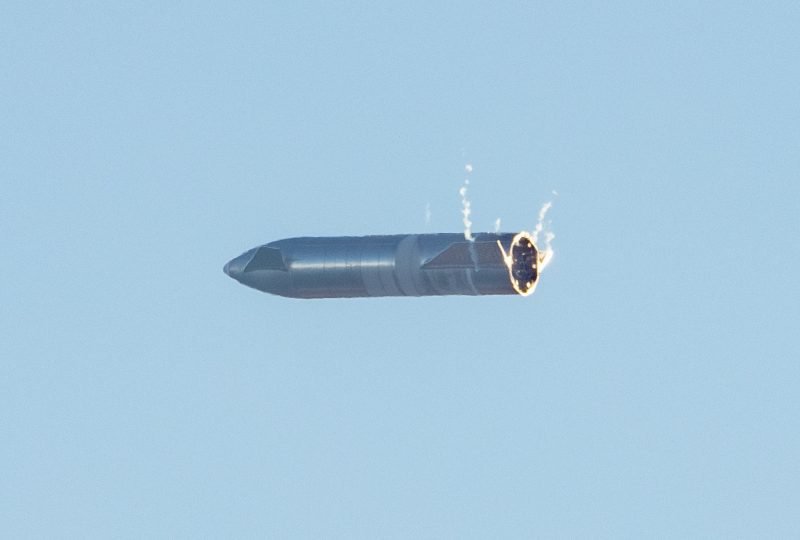 Imagine the Statue of Liberty which at a certain point rises in flight, reaches 12 km of altitude and then falls on its stomach, finally, when it is a few hundred meters from the ground, with a sudden blow, it straightens to return to stand up on its pedestal. This insane maneuver is what the Starship SN8 prototype, slightly taller than the statue, attempted to perform last night, in a successful test that ended in an explosion. The data collected will be precious to perfect the new SpaceX spacecraft which, in the plans of Elon Musk, will take us to the Moon and Mars in the future.

3, 2, 1, liftoff! The launch was delayed, already the day before, during the first launch window, the hundreds of thousands of people around the world who followed the streaming of the event were left with a dry mouth due to a problem to one engines that forced SpaceX to postpone launch until December 9th. Only at 11.45 pm, during a launch window which left at 3.00 pm, did we get to see the take off.

SN8 (serial number 8), this is the name of the prototype used, represents a reduced version of what the Starship will be in the future, in fact it mounts only 3 Raptor engines out of 6 planned and, despite the silo appearance, it is actually a concentrate of aerospace innovation.

The flight plan. The adrenaline-pumping flight lasted just over 6 minutes but showed the world what this vehicle is capable of, which promises to revolutionize the space world. Powered by methane and oxygen, the rocket soared to 12.5km, reaching the top of the dish with only one engine running as expected.

At this point the spectacular phase began: using its ailerons and the RCS system (reaction control system), or small directional jets, it changed its attitude, from vertical to horizontal and, like a paratrooper, it used the four aerodynamic surfaces. to orient and maintain the position, making a controlled reentry. In the future, this maneuver will be fundamental for space flights, both on Earth and on Mars: by exploiting the greater aerodynamic friction that this position entails, the Starship is able to brake in the atmosphere, reducing its speed and ensuring a return at acceptable speeds.

The Starship, like the other SpaceX rockets, is designed to land vertically, which is why a few hundred meters from the ground it performs the last part of its maneuver, perhaps the most risky and daring: with a rapid ignition of the swiveling engines straightens up and lands vertically. It is this last maneuver that was only partially successful during the test, decreeing a rapid and explosive end for the rocket. According to a tweet from Musk, the pressure inside the tank was not enough during landing, not allowing the SN8 to brake its fall sufficiently and bringing the rocket to a RUD, Rapid Unscheduled Disassembly – rapid unscheduled disassembly. ‘explosion.

Fuel header tank pressure was low during landing burn, causing touchdown velocity to be high & RUD, but we got all the data we needed! Congrats SpaceX team hell yeah!!

A successful failure. Despite the pyrotechnic end, the mission was a huge success. Up to the moment of “landing” the flight was perfect and allowed SpaceX to collect a lot of valuable data that will allow it to refine future tests and thus create a safe space vehicle for flight, even for humans. Suddenly, we literally got a lot closer to Mars and the Moon. The next version of the prototype, SN9, is already ready for launch, which will likely take place in early 2021.

If you missed the live stream, watch the test video here: