Environment: lakes, ENEA in the field on cyanobacterial and microplastic emergencies 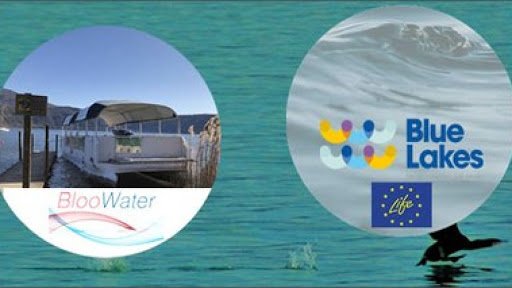 ENEA in the field on cyanobacteria, the so-called green-blue algae, and micro plastics, two emergencies that afflict Italian lakes and beyond, with effects on human health, ecosystems, quality of drinking water and economic activities. The activities fall within the BlooWater and Blue Lakes projects, the first coordinated by ENEA and the second by Legambiente.

The BlooWater project on cyanobacteria aims to develop innovative technological solutions and new methodological approaches for the monitoring and treatment of the waters of the Albano (Rome) and Castreccioni (Macerata) lakes in Italy and Erken (north of Stockholm) and Mälaren (the third for country surface) in Sweden. In addition to ENEA, the Polytechnic University of Marche and Uppsala (Sweden) and the Norwegian Institute for Water Research (NIVA) participate. As part of the project and by 2022, researchers from the ENEA Biodiversity and Ecosystem Services laboratory, in collaboration with the other partners, will develop systems for monitoring algal blooms through the integration of satellite and drone images with sample analysis of water, forecast models and early-warning and decision support systems as well as innovative methods for the treatment of fresh water for drinking use.

Cyanobacteria are responsible for algal blooms that can release toxic substances, cyanotoxins, into the water, contaminating the water used for drinking. For example, in 2014 the inhabitants of Toledo, Ohio, remained without water for three days due to an exceptional algal bloom of cyanobacteria and in Italy 12 regions out of 20 are affected by this phenomenon. Periodic blooms of the cyanobacterium are also found in the Lazio lakes of Vico, Albano and Nemi. Toxic algal blooms from cyanobacteria have been reported for decades all over the world, but in recent years they seem to have increased in various environments at all latitudes. Some authors explicitly link the increase in the presence of cyanobacteria to global warming that would act as a catalyst.

“Climate changes and pollution are among the main causes of the toxic algal blooms that appear cyclically in the lakes and seas of industrialized and developing countries and, more generally, in densely populated areas where the effects of anthropic activities are greatest”, underlines Maria Sighicelli, of the ENEA Sustainability Department of Production and Territorial Systems. “The potential risks to public health are related to the use of drinking water and fish products from contaminated lakes, the use of water for hygiene and health purposes but also those related to recreational activities,” he continues.

The LIFE Blue Lakes project aims to reduce and prevent the presence of microplastics in Italian and German lakes, develop shared sampling protocols and analysis methods and actions to promote and disseminate good practices to be extended to institutions, bodies and local authorities, companies and citizens. The project is led by Legambiente, co-financed by PlasticsEurope and sees the participation of ENEA, Arpa Umbria, Central Italy Basin Authority, Global Nature Fund, Lake Constance Foundation and Polytechnic University of Marche.

Specifically, technical protocols and a series of ad hoc actions will be developed including: the Lake Charter with indications for reducing the environmental impact, awareness raising initiatives, advocacy campaigns for companies and institutional tables.

According to ENEA and Goletta dei Laghi data, microplastics, i.e. plastic particles less than 5 millimeters, also threaten Italian lakes more and more, with increasing trends in the three-year period 2017-2019: in Lake Garda the average concentration of plastic microparticles per km2 it went from around 10 thousand in 2017 to over 130 thousand in 2019; in Trasimeno from 8 thousand to 25 thousand, while in Lake Bracciano from 117 thousand to over 390 thousand. In all lakes, the predominant form in the three years is that of the fragments deriving from the disintegration of abandoned plastic waste. The films (usually from packaging) follow in the two lakes of central Italy, while the filaments (associated with washing of clothes) and the polystyrene balls (often related to the disintegration of crates and packaging) in Lake Garda. The most common type of polymer is polyethylene, one of the most common synthetic polymers.

“The analysis of data and sampling methods highlights the need to increase and improve the protocols developed so far to make them functional to the morphological characteristics of each lake and the size of the water body for greater spatial coverage as a function of terrestrial inputs and seasonal winds but even more generally of a standard to be proposed to the institutions responsible for environmental protection, and the project is an opportunity to be able to test the protocols developed by ENEA in recent years “, concludes Sighicelli.