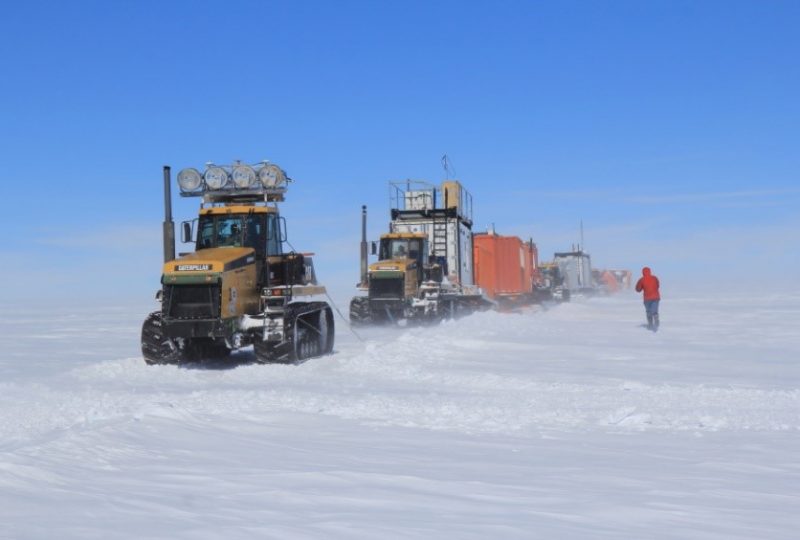 From December 5, 2019, to January 25, 2020, a group of researchers will attempt a venture as dangerous as it is important: they will cross 1318 km of ice and snow between round trips to collect data on the melting of polar ice. Organized by the French Polar Institute, IPEV, with the collaboration of the National Research Program in Antarctica, PNRA, the expedition will depart from the Italian-French Concordia station towards South Pole, in order to estimate the increase in sea levels through the study of climatic archives, or the “carrots” of snow extracted from the Antarctic plateau.

The importance of Antarctica for the climate crisis. Antarctica plays an important role in the climate issue: on the one hand, being an extreme environment with delicate balances, the changes caused by global warming could suffer more, on the other hand, these same changes could lead to a worsening of the situation on a global level. The melting of the Antarctic glaciers, which unlike those of the North Pole rest on a real continent, would be one of the major factors in raising the sea level. Accelerated melting of the polar cap has already been detected by the scientific community, especially in coastal areas, but according to some models of atmospheric circulation, the heating could also be accompanied by more intense rainfall on the white continent. If this hypothesis were true, then the contribution to the rise of the seas by the Antarctic ice may be less impactful than expected.

The expedition will try to verify this hypothesis by accurately measuring the accumulation of snow in one of the most extreme areas of the planet, with temperatures that will be between -25 ° c and -45 ° c. The journey will be completed thanks to a convoy of heavy vehicles that will cover 1318 km in 50 days at a speed of 8 km / h. At each stage, scientists will take samples of snow and ice cores and make radar profiles to study the overlap of the various layers of snow. In addition, automated tools (weather stations, GPS stations, and seismic stations) will also be installed, in order to obtain a record of the seasonal pattern of ice and rainfall in the various sites visited. These ground measurements will then be correlated with satellite data and supplemented by laboratory studies.