Climate crisis: according to the UN, by the end of the century, 3.2 more degrees

The commitment of young people participating in Friday for the Future is commendable, but it may not be enough 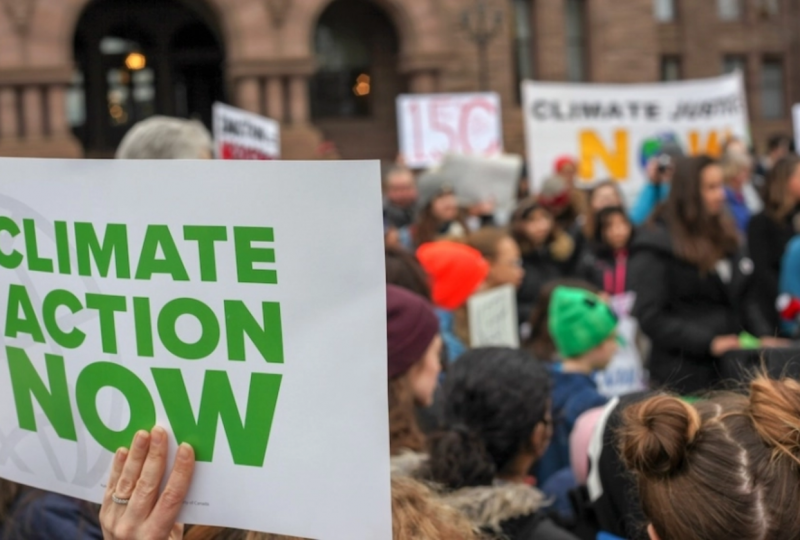 Next Friday, November 29, students from around the world are preparing for a new climate strike. A day of mobilization, that of Friday for the Future, which also involves Italian students shouting to change course and save the planet. But their effort may not be enough to reiterate a report published by the UN that the situation would be more serious than expected.

3.2 degrees more, this is the terrible estimate of the average temperature increase on our planet by the end of the century made by UNEP, the UN agency for the environment. Despite the political and social efforts towards the climate issue, emissions, according to the Emission Gap 2019 report, have increased by 1.5% every year over the last decade. According to estimates, however, in order to manage the climate crisis it would be necessary to reduce emissions by 7.6% every year starting in 2020: a trend that seems far from becoming a reality but is not impossible: technologies and skills are there, we need the willingness and resources to put these changes into effect immediately.

The UNEP executive director, Inger Andersen, warns that time is running out: “Everyone must act now”, from individuals to states, through companies, it is imperative cut greenhouse gas emissions as soon as possible, otherwise, Andersen warns, “the 1.5 target will now be out of reach before 2030”: every year of delay beyond 2020 implies the need for faster cuts, which become more expensive, unlikely and impractical.

Friday for the Future returns and on November 29th many young people are preparing to return to the streets. Not only strikes but also activities and events to raise awareness about the climate crisis: “Students and students are preparing for another day – says Camilla Guarino, national coordinator of Link University Coordination – In many Italian universities, we are organizing a week of debates and assemblies, moments of socializing and white nights, to confront ourselves, discuss, meet and become more and more in a battle that concerns all and all, in a struggle that can no longer wait “. The students’ efforts are appreciable and shareable but without a quick and concrete response from the governments, companies and the rest of the population, the situation is destined to become increasingly critical.