Why extreme weather events are linked to climate change

In the last month we have gone from scorching temperatures throughout Italy to thunderstorms and hail in much of the country, what is happening to our climate? 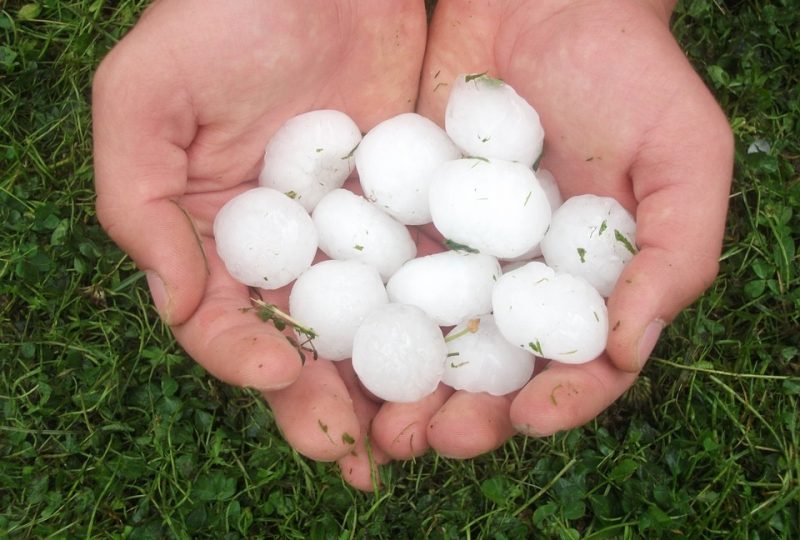 In recent days, several violent precipitations accompanied by hail have struck Italy, causing considerable damage. Last week, in Mexico, in Guadalajara, in a short time almost 2 meters of hail fell, while in Greece, just yesterday, six tourists died and at least 30 people were injured due to a tornado and violent hailstorms that have hit the north of the Chalkidiki peninsula. And yet, at the end of June, in Italy and in several European countries, temperatures touched alarming record levels. In such a short time we have had the opportunity to try on our skin two extreme and opposite events, yet deeply linked. What role does climate change play?

It’s a matter of heat. According to the IPCC report, the Intergovernmental Panel on Climate Change, the worsening of the climate crisis will lead to increasingly frequent and violent extreme weather events. One of the causes is to be found in the heat. The increase of greenhouse gases, mainly CO2, in the atmosphere leads – thanks to the greenhouse effect – to an increase in average temperatures throughout the globe, which means warmer air. The higher the air temperature, the greater the amount of steam it can contain: for each extra degree the amount of steam it can contain increases by 7%. When this warmer air more charged than normal with water vapor meets a cold current, the water contained in it turns from gaseous to liquid, hence the rain, in these cases torrential. However, if inside the cloud there are quite strong ascending currents and the air at the top is quite cold, the rain is pushed upwards where it freezes and several cycles of ascent and descent lead it to grow in size until it becomes too heavy and precipitates in the form of hailstones.

A swallow does not make spring. A flock probably yes. “A changing climate leads to changes in the frequency, intensity, spatial extent, duration and timing of extreme weather and climate events and can lead to unprecedented events.” The words of the IPCC are clear, climate change will always lead to extreme events more frequent, but it is important to clarify that a single extreme event, a violent hailstorm out of season, an extreme heat wave – like the one that struck India a few weeks ago with temperatures around 50 ° C – does not represent a “prove” of climate change: those that must be observed are the trends, or how many of these extreme events happen in areas where they may not have been common in the past decades in a prolonged period. The relationship between global warming and the increase in extreme events are not so easy to interpret. In addition to the effect of direct heating of the air explained above, there are other variables to keep in mind that make the system more complex: several studies suggest, for example, that in order to better explain the frequency increase of some extreme meteorological phenomena we must consider, in addition to temperature and other climatic factors and dynamics of the atmosphere, also the behavior of the jet stream.

The jet stream slows down. The jet stream is a set of high altitude winds that blow from west to east originated by the temperature difference between the cold air of the Arctic and the warm air of the tropics. The Arctic is warming up two or three times faster than any other place on the planet, and this decreases the temperature difference between the two air masses, which in turn causes the jet stream to slow down. As well as a slowly moving river, the jet stream can also create meanders and can become blocked during the summer, sometimes even for weeks. The presence of masses of cold air in conjunction with periods in which the temperature is very high would lead to the creation of thunderstorms and other extreme phenomena.