Is it possible to simultaneously address the increase of the concentration of carbon dioxide (CO2) in the atmosphere and the resulting acidification of the oceans? The research of the project DESARC-MARESANUS, a collaboration between the Politecnico di Milano and the CMCC Euro-Mediterranean Center on Climate Change Foundation, explores the feasibility of this process, its chemical and environmental balance, and the benefits for the marine sector, focusing on the Mediterranean basin. 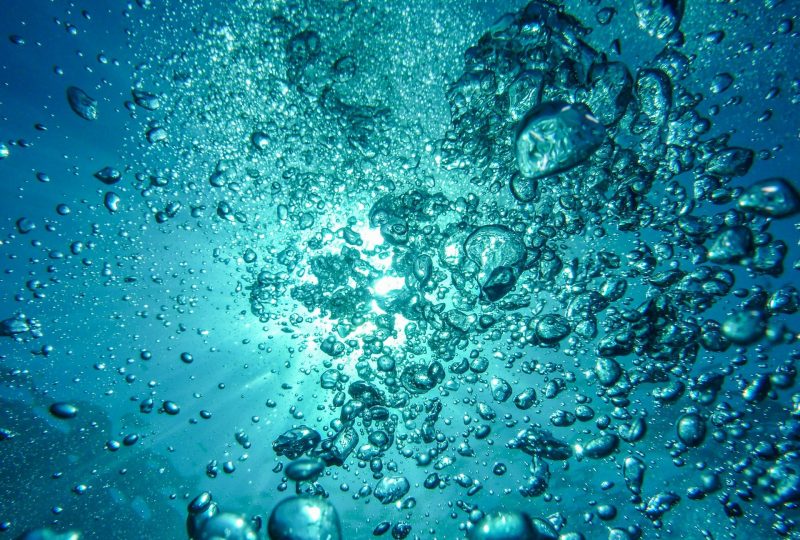 It is now widely recognized that in order to reach the target of limiting global warming to well below 2°C above pre-industrial levels (as the objective of the Paris agreement), cutting the carbon emissions even at an unprecedented pace will not be sufficient, but there is the need for development and implementation of active Carbon Dioxide Removal (CDR) strategies. Among the CDR strategies that currently exist, relatively few studies have assessed the mitigation capacity of ocean-based Negative Emission Technologies (NET) and the feasibility of their implementation on a larger scale to support efficient implementation strategies of CDR.

The ocean plays a particular role in the climate system acting as significant sink of atmospheric heat and CO2; this has caused the additional hazard of ocean acidification, that is the pH reduction of ocean seawater since the pre-industrial period, that is unprecedented in the last 65 million years and has significant implications for marine organisms affecting their metabolic regulation and capability to form calcium carbonate, destabilizing the ecosystem and ultimately threatening vital ecosystem services.

Among the ocean-based NETs, artificial ocean alkalinization via the dissolution of Ca(OH)2, known in short as ocean liming, has attracted attention due to its capability of contemporarily addressing two issues: global warming via increased levels of CO2 and ocean acidification.

A new study recently published in Frontiers in Climate explores the case of ocean alkalinization in detail.

The research, realized by the Euro-Mediterranean Center on Climate Change Foundation (CMCC) and the Politecnico di Milano within the Desarc-Maresanus project, with the financial support of Amundi and the collaboration of CO2APPS, presents an analysis of marine alkalinization applied to the Mediterranean Sea taking into consideration the regional characteristics of the basin.

Researchers used a set of simulations of alkalinization based on current shipping routes to quantitatively assess the alkalinization efficiency via a coupled physical-biogeochemical high-resolution model (NEMO-BFM) for the Mediterranean Sea (1/16° horizontal resolution that is ~6 km) under an RCP4.5 scenario over the next decades.

The alkalinization strategies applied in this study to the Mediterranean Sea illustrate the potential of ocean alkalinization to mitigate climate change by increasing the air-sea flux of CO2 across the basin and counteracting acidification. In contrast to previous studies, the analyzed scenarios offer a clear pathway into practical implementation being based on realistic levels of lime discharge using the current network of cargo and tanker shipping routes across the Mediterranean Sea. 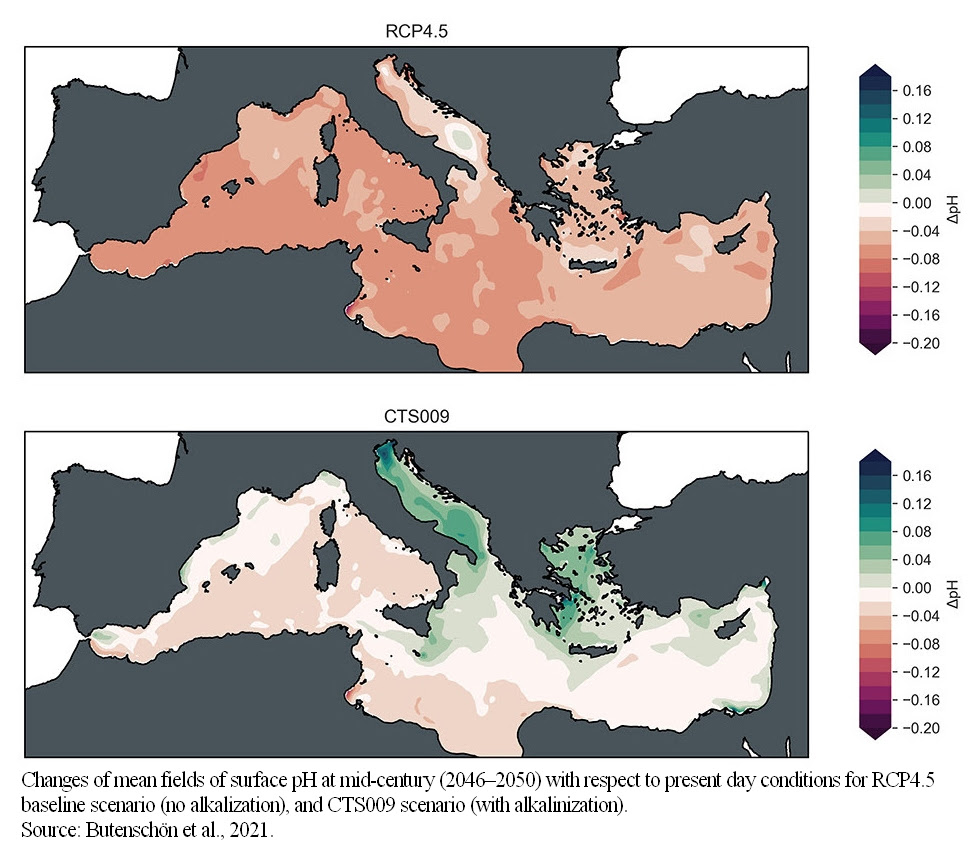 Two different approaches of alkalinization scenarios have been explored: one with a constant annual discharge of lime over the entire scenario period and another with gradually increasing alkalinization levels proportional to the pH decreases in the baseline scenario RCP4.5.

The simulations used in the study suggest the potential of nearly doubling the carbon-dioxide uptake rate of the Mediterranean Sea after 30 years of alkalinization, and of neutralizing the mean surface acidification trend of the baseline scenario without alkalinization over the same time span.

A more recent paper carried out within the project and just published, realizes an estimate of the potential of maritime transport for ocean liming and atmospheric CO2 removal, highlighting a very high potential discharge of slaked lime in the sea by using the existing global commercial fleet of bulk carrier and container ships. For some closed basins, such as the Mediterranean Sea where traffic density is relatively high, the potential of ocean alkalinization, also with low discharge rates, is far higher than what is needed for counteracting ocean acidification.

Therefore, the results of this study highlight from one hand the need for further research for a more precise assessment of the technical aspects of this approach and potential criticalities, from another hand indicates the potential of a regional implementation of ocean liming to the Mediterranean Sea based on the existing network of tankers and cargo ships.

“These two publications provide a key contribution to the international and national scientific and technical communities working to find solutions to these two issues – atmospheric CO2 removal and counteracting ocean acidification – which we will have to tackle in the future. Even if further investigations are needed, these results are encouraging”, states Stefano Caserini, Professor of Mitigation of Climate Change at Politecnico di Milano and Project leader of the project Desarc-Maresanus.

“In these works the idea of ocean alkalinisation as a mitigation strategy for climate change is for the first time assessed on the base of a technically feasible pathway of implementation providing a first step towards a real-world application. In addition, even if the full ecological consequences of this strategy still require additional research, a solution is indicated that may stabilise the acidity of the seawater counteracting acidification without risking dramatic alterations of the seawater chemistry in the opposite direction, which as of today would have largely unknown consequences”, states the main author of the first article, Momme Butenschön, Lead Scientist of the Research Unit on Earth System Modelling at the CMCC Foundation Euro-Mediterranean Center on Climate Change (CMCC).