Experimentation opens the door to the future of mobility 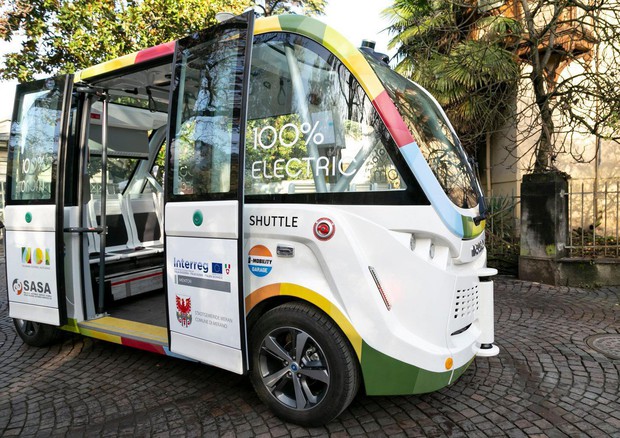 The electric bus without driver arrives in Italy. This is a novelty, inaugurated a few days ago in Merano in Alto Adige, which reflects a new approach to urban mobility, both in the world and in our country, which is slowly changing towards a more perspective between electric vehicles, scooters and self-driving vehicles green and more sustainable, but also technological.

The Italian electric bus without driver “entered service” in Merano, in the province of Bolzano: it is an experimental project that wants to test the functioning and the response of citizens towards a vehicle of this type. 15 seats – 11 seated, 4 standing – but no driver’s seat. An artificial intelligence system uses data from satellite, cameras and sensors to keep the road and surroundings under control to react to possible obstacles in record time.

In the rest of the world. If in our country it is an absolute novelty, in the rest of the world such experiences are already a reality: in Germany there are several experiments in progress involving autonomous buses. In the town of Bad Birnbach in Bavaria, a yellow driverless bus is able to carry 6 people at a maximum speed of 15 km / h. Given its small size it can easily be extricated even in the narrowest streets of the village. In Paris, on the other hand, vehicles capable of carrying a maximum of 10 passengers “represent a revolution for every city on the planet – said Deputy Mayor Jean-Louis Missika – and our urban climate and the use of public spaces will change over the next 20 years “. The role of these media is still under discussion but many see them as substitutes for private mobility to use in the suburbs that surround Paris to bring people from home to railway system stations and vice versa.

Even in 3D. Innovation never travels on parallel tracks but often leads to intersections: in this perspective Local Motors has developed Olli 2.0, an autonomous electric shuttle that is almost totally 3D printed, 80% of the vehicles have been created with this technique. As the name suggests, this is the second model in the series and, in addition to the production method, includes other new features such as microphones and touchscreens with which people can interact and augmented reality systems soon to provide passengers with an even more complete experience of the trip.