The key skill for the 21st century? Developing your own sense of the future

The editorial of Cristina Pozzi, CEO and co-founder of Impactscool, Young Global Leader of the World Economic Forum 2019 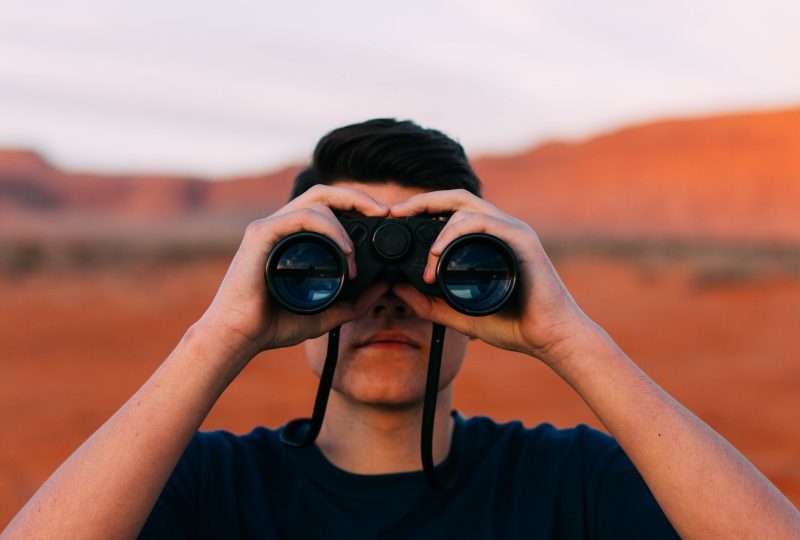 Who do you want to be when you grow up? What plans do you have for next summer? What will the weather be like tomorrow? How will citizen vote in the referendum? Questions of this kind constantly appear in our lives and the answers we give ourselves become a guide for our actions. The fact of using the future and its possible events as a tool for making decisions both for our big projects and for small daily activities is inherent in us. A powerful tool at our disposal to plan, design, build artifacts, interact: a fundamental characteristic for being human.

The ability to think about the future is, in fact, one of the keys to our evolution: we would never have been able to hunt ferocious animals much bigger than us, we would never have invested the time to sow today in preparation for a harvest tomorrow, we would not be able to interact with others if we did not constantly project our expectations compared to their possible behavior.

At least in a certain sense all human beings are futurists: we are in a way that we could call naive, of common sense. Jake Dunagan expressed this concept as follows: “We all think about the future, we just don’t do it very well”.

There is, therefore, a common-sense futurism that we all have available and there is, however, also a scientific futurism that differs from the first in the approach and methodologies used. The first one follows an instinct, a widespread belief; the second bases its affirmations on methods, measurements, structured analysis, rigorous and shared by a community of scholars of the subject. The birth of this science is conventionally placed at the beginning of the 20th century with the publication of a series of essays by H.G. Wells entitled Anticipations that invites to identify a science that studies the future in a rigorous way.

Today we are in a historical period in which the reflection on the future is increasingly important as it faces us with dilemmas that concern not only the success of a company or the strategy of a country but also global challenges for humanity such as climate crisis, the crisis of capitalism and democracy, growing economic and social inequalities. More than ever it is necessary to acquire the ability to make informed decisions considering the infinite possibilities that the future offers us; a fundamental skill for the 21st century that we could call the sense of the future.

What is the sense of the future? According to UNESCO, which calls this skill Futures Literacy (FL), it is about that ability that “allows people to better understand the role that the future will have in what they see and do”, putting them in a position to use the future in the best way. A real individual and social awareness that allows us to understand what elements we can influence and which are useful scenarios to anticipate in order to react in the best possible way.

Knowing the mechanisms of something we considered unknown helps us to develop greater security and to better plan our actions by bringing back some elements under our control and giving us the right lenses with which to observe the world around us and its constant changes.

This is why, in a context in which pessimism and an attitude of renunciation towards the future are widespread among the younger generations, a context in which hope is a feeling in crisis, developing a sense of the future can be the key to rebalancing our relationship with the world and with current reality and, consequently, using the future itself to build positive scenarios to act and achieve. After all, “the future we imagine drives our expectations, disappointments and willingness to invest or change.” (UNESCO): without optimistic visions, we would do nothing but direct the future towards its worst versions.

Bring the future to school. This is why Impactscool is promoting in various ways future as a new topic to be taught in Italian school programs. We are bringing methods of future thinking applied to teaching in teachers training, in hackathons for secondary school students and universities, in recurrent events open to young people, as well as in summer camps that take the name of Future Camp and which will see their first edition in the summer of 2020.

Studying the future at school means learning how to find traces of possible future scenarios in the present, to gather information and data. It means learning to analyze them rigorously, to share points of view, to communicate and to involve others in one’s visions of the future. It means using imagination starting from logical-deductive reasoning and dealing with problem-solving in a creative way. Finally, it means subjecting the possible scenarios to critical reasoning and ethical reflection and planning actions responsibly and flexibly to achieve the best of the possible futures.

There are four big reasons to bring this subject into school for a positive impact on individual educational terms:

among the advantages of a Futurist mentality, there is first of all the development of soft skills and individual attitudes such as critical spirit, capacity for abstraction and creativity, problem-solving, communication and collaboration skills, analytical reasoning, logical-deductive reasoning.

Moreover, thanks to a guided reflection about the future, boys and girls are helped to understand their sense of the future and to orient it becoming aware of their role in influencing society and the present.

And finally, learning to reflect on possible future scenarios and their implications is a skill that transcends specific subjects and lives beyond the class, creating responsible and freer citizens.

But there is also a reason that has global implications for the community: it is important to remember that our imagination could inspire us to improve the world in ways otherwise impossible to imagine thinking incrementally, and the development and exercise of this kind of a new mentality could be precisely the answer to face and solve the great challenges that our time places in front of us.