The two entrepreneurs have very different visions on the future of AI, space exploration and man, but both agree on the need to find a new educational system 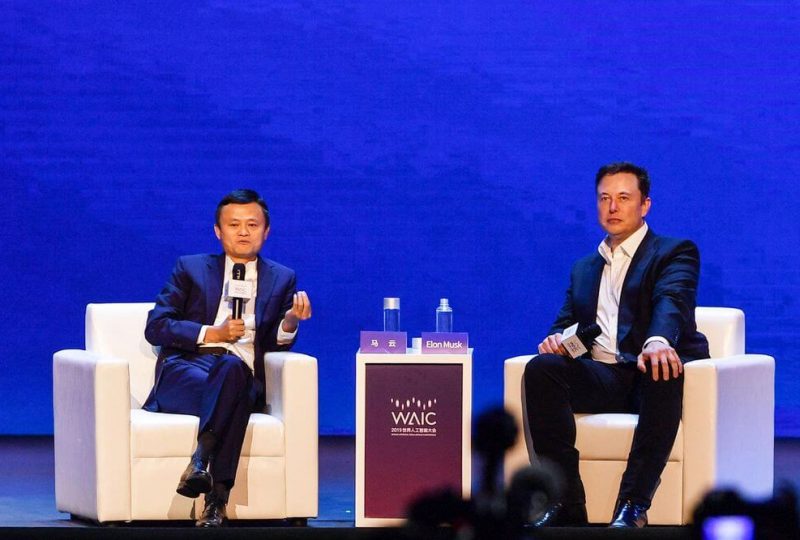 During the 2019 World Artificial Intelligence Conference held at the Shanghai Expo Center in China for 45 minutes two big names in the world of innovation met and clashed on the subject of artificial intelligence and beyond. Elon Musk, founder of SpaceX and Tesla has a very critical and worryied vision of the future coexistence between man and machines, for Jack Ma, instead, Chinese billionaire and co-founder of the e-commerce site Alibaba, the AI ​​is a big opportunity for humanity. Different ideas also about the future of man far from the Earth, while they seem to have a similar vision on the education sector and on the need to reform it.

Concerns for AI. Artificial intelligence will never be a threat, at least that’s what Jack Ma believes. The two billionaires have ideas as clear as opposed. Once humanity will be able to create an IAG, or general artificial intelligence, capable of equaling and even surpassing the human intellect, according to Musk we will be in a sea of ​​trouble potentially there would be the same intellectual distance that separates us humans from chimpanzees, maybe even more. The solution, according to the founder of SpaceX, would reside in the motto “if you can’t beat them, join them”. This is why he is developing Neuralink, the project, whose progress was recently presented, which aims to create a man-machine interface at the brain level.

Jack Ma has decidedly different opinions: according to him these concerns towards an apocalypse of artificial intelligence are far-fetched. “I think AI will open a new chapter in the world where people try to understand each other better.” According to the Chinese entrepreneur, AI ​​will create new jobs that require less effort.

Go to Mars. Jack Ma teased Musk about Mars by asking him what he found so interesting about the red planet where the American entrepreneur would like to bring a million people to form colonies. In Ma opinion, it is more important to find solutions for those who remain on Earth. However, Musk’s idea is not the result of a whim but is dictated, as he has always said, by the need to provide a plan B to humanity in the event of a global catastrophe.

The importance of education, a common point. An important point among those touched is education, what skills will be needed for the jobs of the future. According to Ma the modern school system is based on the needs of the industrial age and thinks that “we should change the way we educate. Change things, because in the past we focused a lot on remembering things. Computers can remember better than we do”. Therefore, creativity becomes fundamental, a characteristic on which we should focus more: “Human beings – continued Ma – should be more creative, more constructive. How can we teach our children to be more creative and constructive? I think this is the key to education. In the next 10 or 20 years, human beings, all countries, and governments should focus on reforming the education system, making sure that our children can find work in the future, be able to live a life where they work only three days per week, four hours a day. If we do not change the educational system in which we find ourselves, we will all be in trouble”.

On this point Elon Musk agrees with the Chinese entrepreneur: even for him education will be fundamental to finding ways to predict and build the future, because “the best way to predict the future is to build it”. Then work on the foresight and on the acquisition of skills and, in this regard, Musk suggests that his work with Neuralink could revolutionize the world of education, too slow for him: with Neuralink, Musk suggests, it would be possible, as in the movie Matrix, to instantly learn any competence.

Gamers, say goodbye to the mouse

Augmented reality and 3D printing used together for the first...