AI, Fintech and digital currency: the keywords for the economy of the future

The economic and financial world is increasingly digitalized: from banking services to "pure" finance operations, emerging technologies are acquiring an increasingly important role. And in this context, new forms of payment and new currencies are also making headway. What to expect in the near future? 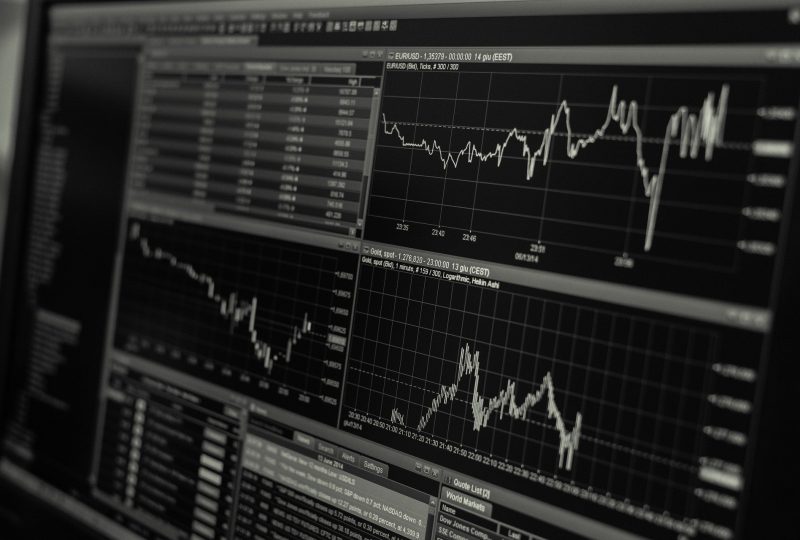 The data in the Nielsen eFinance report are clear: in 2019 there were 13.7 million Italians who managed their money via smartphone, 31% more than the previous year. The same report also specifies the context in which this service is used and who uses it the most: 4.3 million have in fact used their smartphone to pay in stores (bars, restaurants, shops) and to make smart payments are mainly men (56 %) between the ages of 18 and 34 (59%).

And if today all this is possible, it is also thanks to Artificial Intelligence. Strongly transversal and revolutionary technology, recently regulated by the lines of action promoted by the European Union, AI has also been used in the economic and financial field, especially in Online Trading, with the purchase and sale of different types of financial instruments (like stocks and bonds) through the network. The Aite Group data actually showed how these systems managed about 53% of the exchanges of global cash shares. This percentage is even higher in the US, where it reaches 66%, while it is more contained in Europe, with an average around 47%. Even in Italy the phenomenon is not to be underestimated: according to experts, more than a third of share exchanges are managed by software. But how does this system work? Trading robots are real software which, replacing humans, autonomously and independently control the execution of purchase or sale orders based on precise mathematical parameters and algorithms. So, as stated on Teleborsa, this technology performs all the trading processes and opens and closes transactions without the physical presence of the trader.

Faster and more precise, with the ability to analyze an extraordinarily large amount of data: it is not difficult to understand the reason for this constant and inevitable transaction from man to machine, even in the economic and financial sphere. 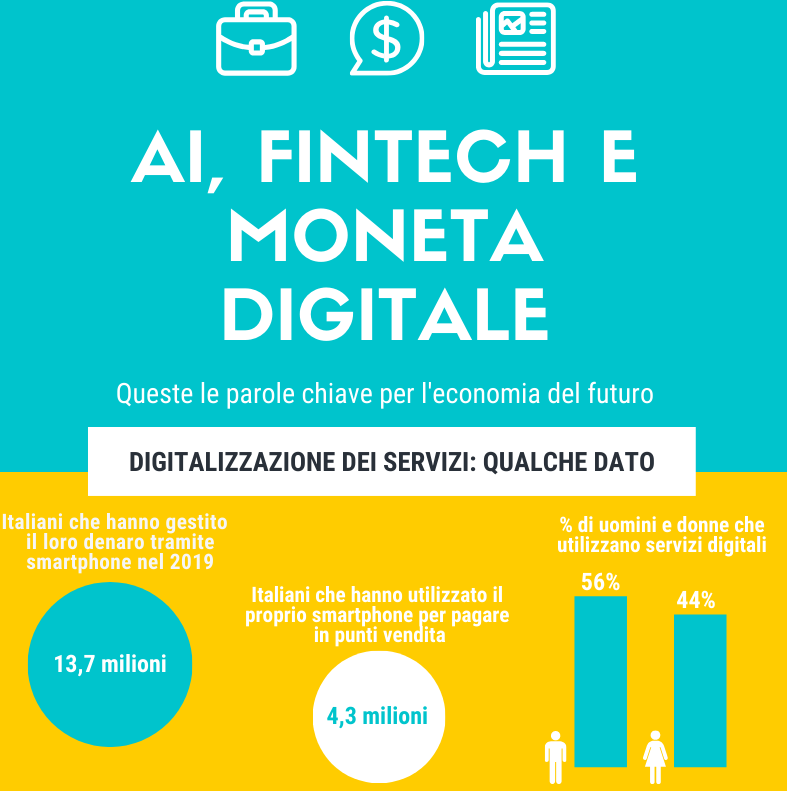 The situation in Italy. This opens the door to an increasingly transversal and digital market, in which banks that do not adapt quickly are destined to be left behind. And the reality of the facts demonstrates this continuous progress in the direction of digitalization and automation: in Italy, the number of innovative startups is equal to around 8,900, 235 of which in 2017 were considered as Fintech reality. In addition, the report Il Fintech in Italy showed that in 2018 about 198.65 million euros were collected by Italian startups in the sector, an amount four times higher than the previous year. From 2017 to 2018, the percentage of Italians who used FinTech / InsurTech services increased from 16% to 25%. This is a figure not to be underestimated, especially if you think that in 2014 FinTech in the world was approaching only 9 billion dollars of investments.

Of course, compared to the United States and China – where artificial intelligence and finance go hand in hand – or to other European countries, Italy still lags behind, but the road is still long and the conditions are good. On the one hand, in fact, the Italians are getting closer and closer to technological innovation, accepting and appreciating it especially with regard to mobile payment services, for the management of their personal and family budget and for instant money transfers between private individuals, in addition to insurance services such as digital claims management and micro-policies. On the other, the companies themselves modernize and adopt increasingly technological systems: the Report of the Fintech and Insurtech Observatory of the Politecnico di Milano “Fintech and Insurtech: Italy explains the sails” indicates that 55% of the interviewees interact with the own bank via a smartphone application, while 92% of companies use home banking through a computer. 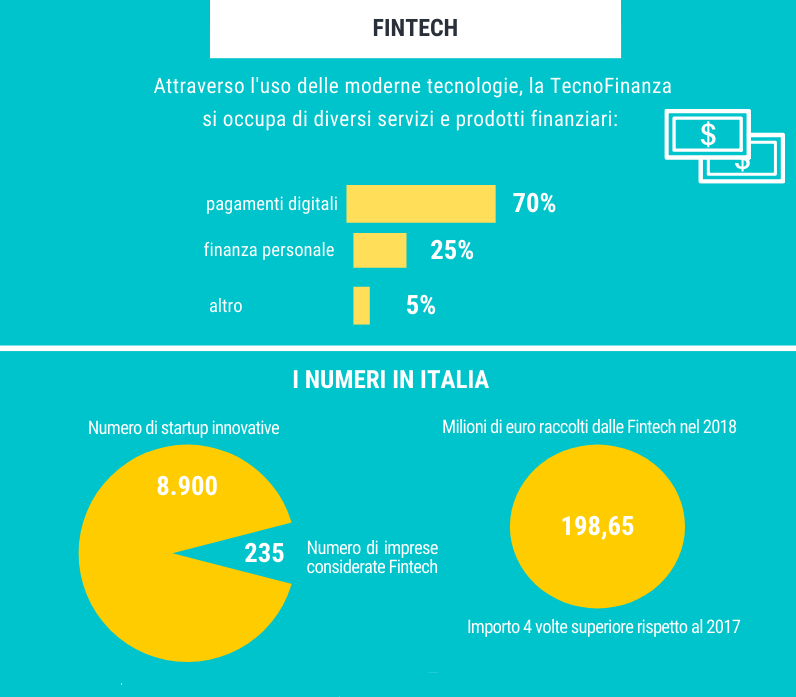 Virtual money. But Fintech’s innovation goes beyond the simple online conversion of the traditional banking offer. As Wall Street Italia says, another evolution is represented by the creation and management of electronic currencies, such as Bitcoin, based on Blockchain technology, which is promoting the emergence of new business models. A clarification must be made, however: one should not think that the only cryptocurrency is that of Bitcoin. Of course, it is among the first and most famous, along with Ethereum, Ripple, Bitcoin Cash and Litecoin, but the European Parliament has identified at least another 1500 of them.

But how much are virtual coins used and what is their value? The main problem is that few people know how they work, which is why they are still very little used. According to Kaspersky, a company specializing in computer security, 29% of people (36% in the specific case of Italy) have only a basic knowledge of cryptocurrencies, while abroad, only 1 in 10 respondents (and 8% Italians) perfectly understand how they work. Not only that: in the world, four out of five people (81%) have never bought cryptocurrencies; in Italy this figure stands at 84%. The value of the increasingly popular digital currency is established on the basis of the meeting between supply and demand, therefore between buyers and sellers who meet in specific platforms, called Exchange.

There are many variables to consider when it comes to digital coins, many factors that can determine a favorable or disadvantageous trend. What is certain is that companies, but also nations, are realizing the potential of cryptocurrencies and are starting to use them in their systems and processes. An example? Facebook and its currency, which should be launched on the market just this year Libra. 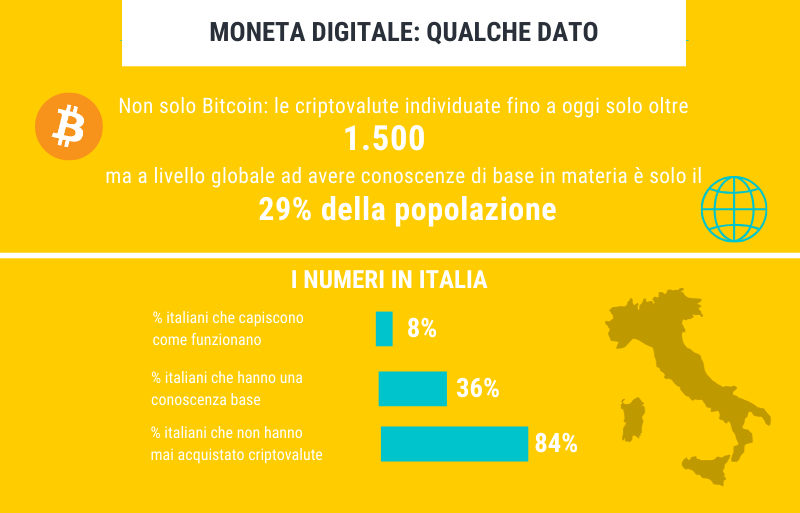 Opportunities, but also risks to be faced. From this process of digitalization and continuous evolution, especially in the tech and economic fields, many opportunities arise: economic systems become faster, more precise and efficient, attentive to customer needs and capable of collecting data about them, for greater and better services. . Consumers could therefore feel safer, and come to perceive technology as a real ally in their daily activities (and not only).
On the other hand, however, there are several threats that must be considered: how, when, and by whom will the data and information collected by computer systems be used? So how will privacy and security be managed in this context? Will the customer really feel protected? The data are not particularly reassuring: between scams, fraud and digital theft, more than 4.5 million dollars were stolen in 2019, almost triple that of the previous year. Without forgetting that it is precisely the most common online platforms used by users that are subject to attack by cyber criminals and that, in most cases, it is the users themselves who do not know how to best defend themselves from such attacks. Moreover, in all this other questions arise spontaneously: if a robot or a technological system were to make a mistake, who would really be to blame? And above all, to what extent will technology be able to support man in his daily life, without replacing him? Unicredit, for example, has foreseen in its recent business plan the closure of 450 branches throughout Italy, also due to the advent of digital technology and the computerization of a large part of the most common banking actions. And it is not the only one, given that the main banking groups have provided a significant number of redundancies and staff cuts.

Between opportunities and risks, it is up to us to find the right compromise, which allows us to make the most of the potential that technologies offer us in the economic and financial sector, without forgetting that, at the base of every machine, every algorithm and every software, there is always a man. 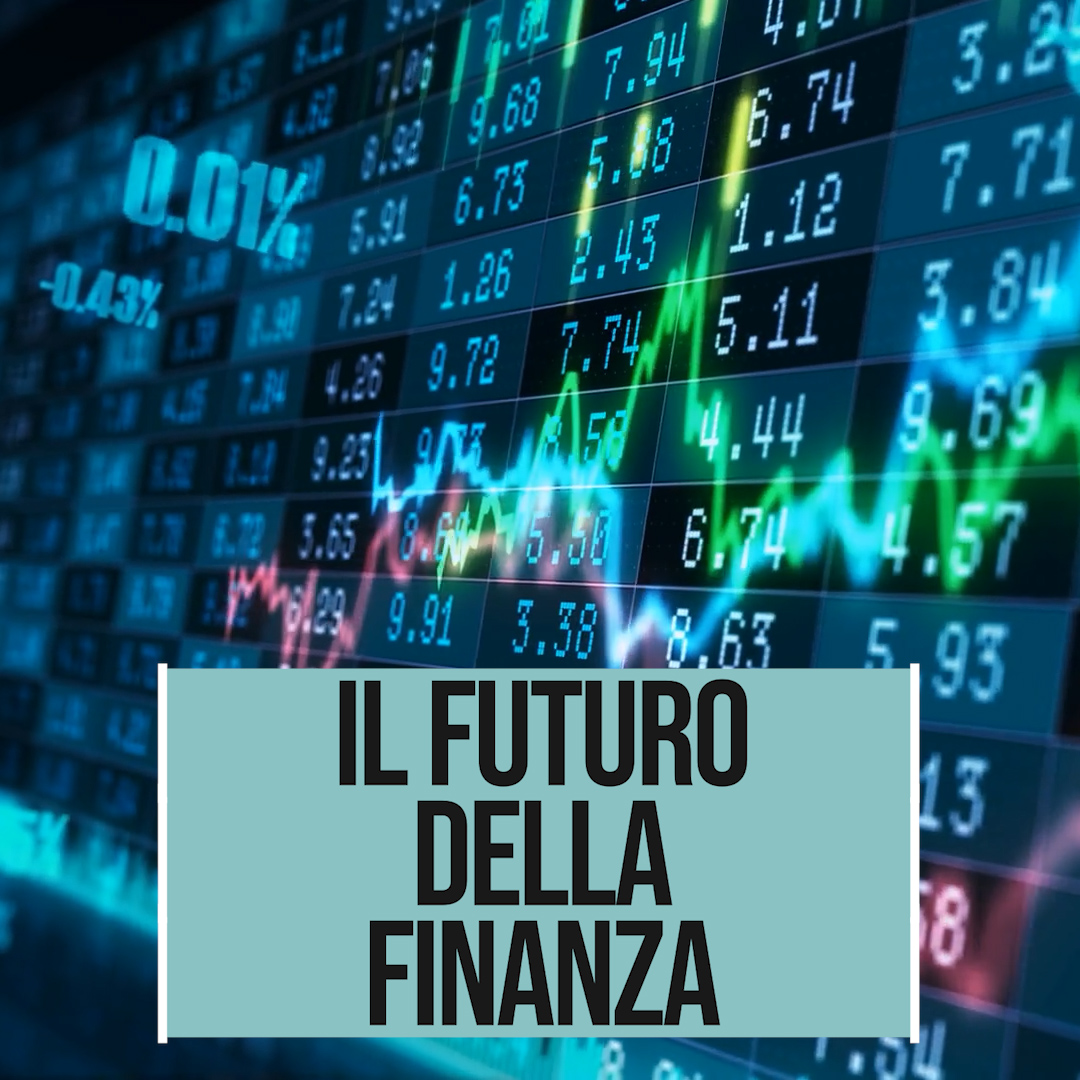