The great discoveries of the European Center for Nuclear Research also pass through periods of stop, reorganization and analysis of the data obtained 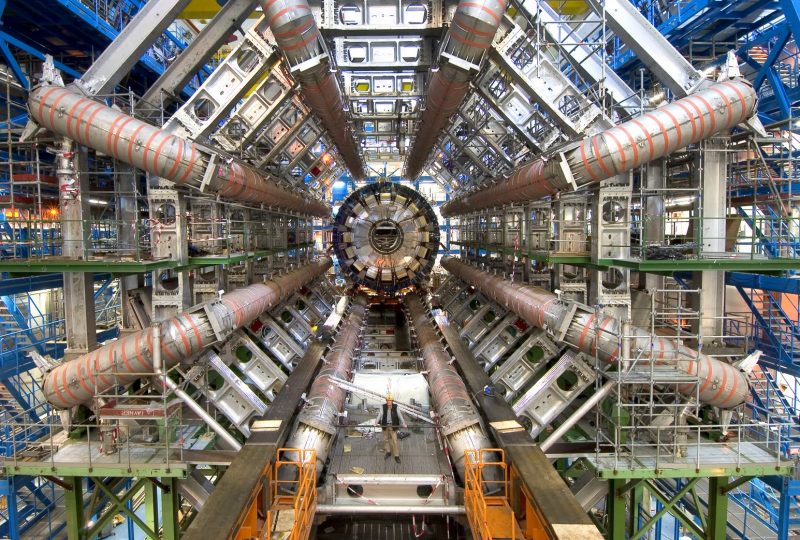 “Camerlengo, up there… the antimatter… Look, Rome is safe!”. Angels and Demons, a 2009 blockbuster, more or less ended- between the lines of a plot that was less plausible – the “quantum danger” issue. Oh God, the quantum danger. The exploding antimatter (annihilating, would perhaps be more appropriate) in the ethereal sky of the eternal city. A few days before it was stolen, in this super-protected laboratory in a super-protected research center, which the world knows as CERN. In short, everything is very cinematic. But not bad as a nightmare.

The European Center for Nuclear Research (Geneva, Switzerland), in fact, also needs dreams (not nightmares) to turn some amazing fantasies into reality, but it is well known, to dream well you need resting periods, and that’s exactly what they’re doing at CERN with a two-year stop to experiments. Of course, thinking about mass-producing antimatter and having it end up in the wrong hands compromising entire cities… Well, this works more on conspiracy blogs*.

(*To be honest, antimatter at CERN is actually studied at the “Antimatter Factory”, one of CERN’s laboratories, but so far no one has ever granted a free exit to the antiprotons, don’t worry.)

From nothing to Nobel. When we talk about dreams at CERN, we mean first and foremost a more or less consolidated ability to amaze humanity in small steps. To spend years under track, convincing governments and international organizations to infuse money into research that none of the bureaucrats at the table will ever really understand, watching out for eco-friendly solutions with possible returns in knowledge transfer to satisfy everyone in the game. Then, only after, it comes the hype: the event of the century, quoted and discussed for years, immediate Nobel, advertising in great quantities, films and documentaries, interviews and collaborations.

However, no one ever talks about what, in fact, happens a bit further upstream. The painstaking planning, the work planned years before, the generational change, the engineering problems, the delays, the mega recoveries, the joint effort of about 10,000 people working together in turn on thousands of different aspects to be found ready for that date, the beginning of that single experiment and therefore of a new physics. Let’s take a look behind the curtain, trying to catch only from some perspectives the great organizing machine behind a sensational announcement. 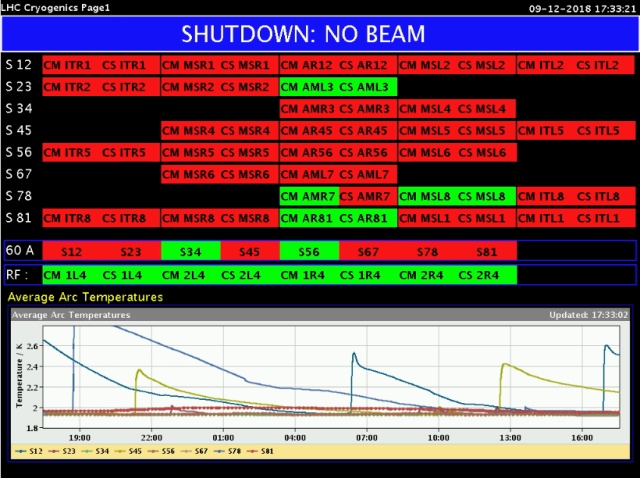 The second Long Shutdown. Today we are talking about a stop, interruption of work, in other words of “Long Shutdown 2”. No particles, taps get closed, everything is shut down and ready to be renovated, let’s see each other in a couple of years. No one in the industry was surprised by this message which, from December 10th last year, stands out on the screens at CERN that broadcast the results of the physics produced in the Large Hadron Collider (LHC), the largest particle accelerator on the planet, 24 hours a day. No operations, everything is turned off. But why?

Because at CERN you do have to do so periodically. No proton or heavy ion is produced or clashed for two years, and…meanwhile, the cards get mixed. Yes, but using the new cards upgraded with the latest super cool Iron Man suit. Everything in Geneva (as per Swiss tradition) is scheduled several years in advance, from before the commissioning of a new experiment to its disposal: assembly times, period of use, deadlines on reasonably achievable goals, ordinary maintenance breaks, resume of operations, long breaks (Long Shutdowns), decommissioning.

Higher energy levels. For example, in 2021 we will start immediately with higher energy: 7 TeV (TeraElettronVolt) per beam (particles about 13 million times more energetic than an electron at rest!) against the 6.5 TeV used in the last 3 years. Therefore, some components of the good old accelerator must be changed now, tested and then safely used in the new course. In 2025 begins the great new project – High-Luminosity LHC (Hi-Lumi) – which will use higher luminosity values: there will be, at the same energy, many more collisions between the two beams arriving at the collision points, therefore many more exotic and unknown particles produced by these mini-Big Bangs. As you may have guessed, this simple affirmation requires, alas, different upgrades of the current accelerator complex to be translated into reality, starting from the acceleration step.

Cleaning time. The protons produced by a simple “bottle” of hydrogen are in fact accelerated initially (before reaching the circular steps, of which LHC represents only the last stage) through a linear accelerator: the old Linac2 (from “Linear Accelerator”, Lin-ac) will be definitively replaced by the newer Linac4. Similarly to that, a new make-up of the accelerating rings on the way to LHC is expected. In fact, in addition to the Proton Synchrotron (PS), also the Super Proton Synchrotron (SPS) will be retouched: to withstand higher levels of intensity (therefore of mechanical stress during its life cycle) the precursor of LHC will have to adopt new systems of “cleaning” (yes, do not be surprised, from time to time you have to remove a few, otherwise harmful, particles). Once in SPS, the beam will in fact be passed through the brand new beam dump, inside which there will be space for materials that will absorb the remaining and unwanted particles: tons of tons of graphite, molybdenum, and tungsten. All surrounded by a shell of cement, marble and cast iron (colored green, at CERN they are very attentive to color codes).

Superconducting magnets. Let’s talk about superconducting magnets, for example, one of the most important and delicate technologies in the Suisse-French laboratory. So far the dipole magnets, the devices that thanks to their powerful fields bend the path of the particle beam along the tunnel (otherwise destined to crash on the wall at the first curve!), worked so far at about 8 T (1600 times more intense than the one produced from the magnet attached to your fridge). From now on, the goal will be to bring them up to 11/12 T, over time. About 20 of these magnets will be replaced in these two stop years, while also working on all the cryogenics connected to them (the superconducting magnets of CERN work at about -271 °!) and the new electronics to be implemented.

It is, therefore, an up and down through the tunnel, unscrew and re-screw, load / unload tons of devices, zero margins of error and only seemingly long and relaxed times. Where there are still radioactive environments, specialized technicians make the now increasingly traditional relay with robots to limit the amount of absorbed dose to the standards of the law. This also works in the caverns of the great experiments, 100 meters underground, where ATLAS, ALICE, CMS and LHCb reside: in these places, the scene of great collisions (it is in these oversized detectors that they found the famous Boson!), a swarm of men in overalls disassemble and transport calorimeters, silicon plates, vacuum chambers, electric cables – the cables at CERN have special numbers: about 40,000 cables will be removed/installed. Once unrolled, their total length would exceed 2000 km.
ATLAS is mounting a new small-wheel for the detection of muons, along with a new trigger system (a series of devices able to collect, after each collision, the interesting data that would otherwise be discarded) as well as an entire remake of the electronic apparatus. 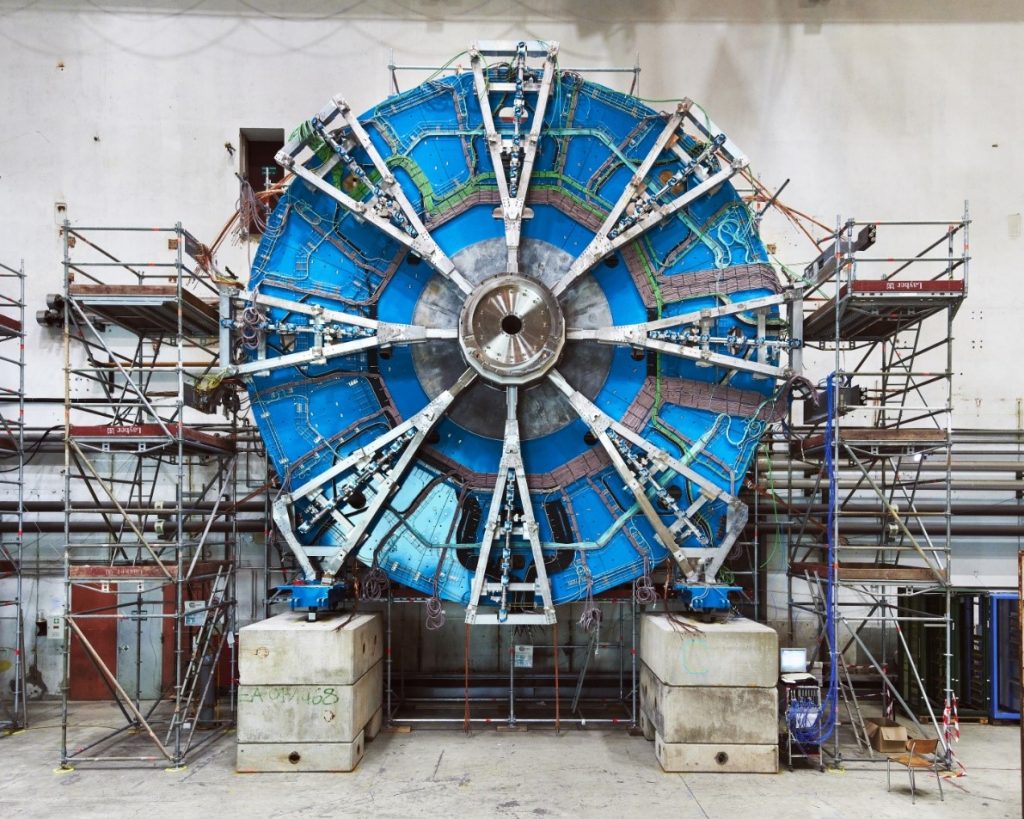 The research continues. Of course, those who will not be down in the tunnel or in the caves to get busy will certainly not stand idly by. After these years of (almost) uninterrupted operation, there are millions of data to be analyzed, charts to be compared and theories to be developed or modified. Universities, which receive data from CERN on a daily basis, will boil with students, doctoral students and researchers from more than 60 countries struggling with terabytes and terabytes of data to be processed. It will also be the moment of comparisons, of congresses, of the old and new skepticism that is advancing, of new thesis proposals. All with a deadline of December 2020, the end of the two shutdown years. It’s all an interlocking job, a well-designed domain that requires foresight as a keyword. A world that thanks to social media got more and more echo, finally going a bit through everyone’s lives, even of those of will not profit from the bosons on their daily routine. CERN is this: a large kitchen, open 24 hours a day, with always new ingredients, even for the cooks themselves. Why not continue to experiment and taste? 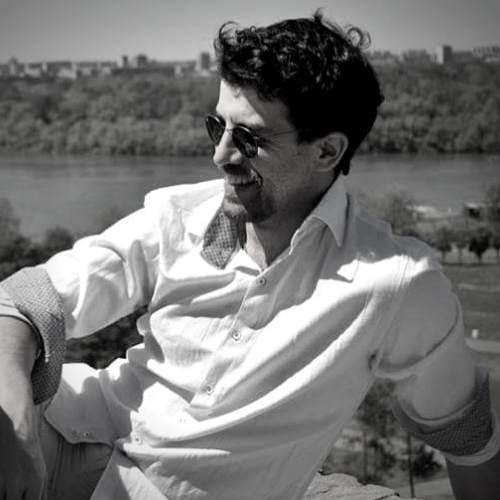 Mattia is a researcher at the Technical University of Vienna where he is completing his Ph.D. in physics. He worked at CERN and is still working on it within the EU-funded EASITrain project.

“Camerlengo, up there… the antimatter… Look, Rome is safe!”. Angels...

Superconductors are among the materials that will revolutionize our future...