How the organization and management of protests changes with the evolution of technology. 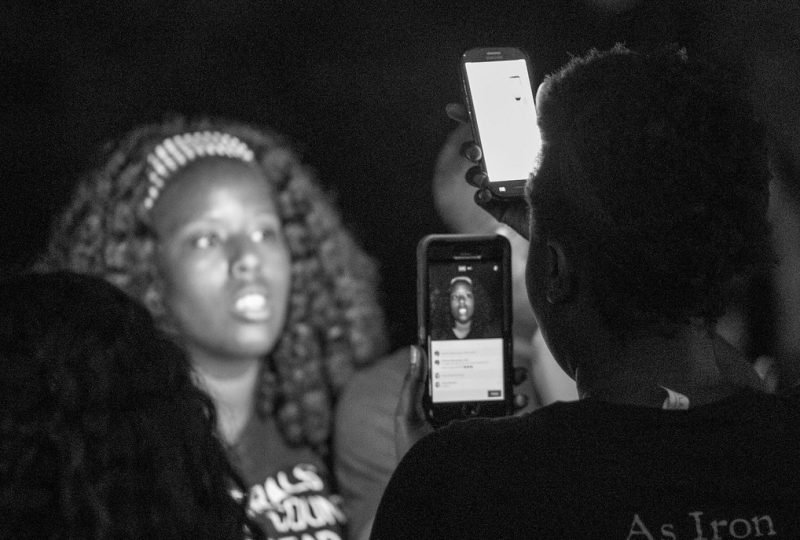 In recent weeks, following the murder of George Floyd at the hands of some members of the police force of Minneapolis, in the United States, there have been numerous incidents of clashes (including violent); both in the country but also in Europe and other parts of the world, the protest against racism has united becoming one voice. The demonstrations are intended to raise public awareness of the many abuses that minorities suffer every day. The fight against racism is done on the streets, but is organized on computers, tablets and smartphones that have become new tools for social dissent and for the claim of rights.

Vox’s analysis of the applications of the revolt. Vox, a popular American journalistic site, through the Recode newspaper, in recent days has published an article that told the events through the analysis of the most downloaded applications on smartphones for both iOS and Android. The question of the technological tools used to organize rallies and protests, especially in countries where the level of control over citizens is extremely high, had already emerged during the protests in Hong Kong which, after the wave of Covid-19, have rekindled more intense than ever.

For example, in October 2019, Apple decided to remove HKmap.live from its store which was used in Hong Kong to track police activities. In particular, on that occasion, the removal had come after the Chinese Communist Party newspaper People’s Daily criticized Apple bitterly of “intrusion” on political issues. Apple had explained the decision to proceed with the removal through a note stating that HKmap.live had violated their guidelines, being used illegally. Of course, protests, accusations and counter-responses also followed this decision.

The question is not simple, on the contrary, it is much more complicated than that. So many players with so many different objectives come into play that it is difficult to extricate oneself and have a clear vision. Inside there are giants of the tech world who have commercial interests to protect, more or less authoritarian governments, the personal freedom of individuals and their right to protest.

What are the applications and how do they work? Returning to the present day and to the USA, Vox analyzed the data provided by apptopia, to investigate the role of technology in organizing protests. Record numbers have been recorded in the downloads of applications that serve to listen to police radio communications, but also applications such as Signal and Citizen; Finally, Twitter, in recent days, has recorded a greater number of daily downloads than Facebook and Instagram, which normally does not happen. Twitter, we will explain it better below, has gone over the years to position itself as the application of journalists and politicians but also as the application of breaking news: the social network where it is easier to quickly find information about something that is happening even in real time.

Signal is a private messaging application very similar to Telegram: their claim is “speak freely”. Indeed, on their site the first consumer mentioned is Edward Snowden: “I use Signal every day”. Their core business is to offer a service, free of charge, focused on privacy and usability.

Citizen, on the other hand, is an application that allows you to monitor the position of the police in real time, this app is mainly used to plan and anticipate the actions of the police. In general, the use of this type of application is very controversial: on the one hand it led the founder, Andrew Frame, to be accused of having facilitated patrols and DIY checks: the reports are sent by citizens who then become true and unauthorized sentries, often creating problems both for police interventions and subsequently during any investigations. On the other hand, of course, all of this implies a greater effectiveness in the success of carrying out illegal activities.

The issue is controversial as there are privacy issues and, as already mentioned, of intrusion into police actions and law enforcement agencies; on the other hand it is also true that the videos recorded with smartphones by ordinary citizens were the only tool that made it possible to become aware of the abuses that the police committed against the demonstrators; and above all it allowed to bring out the truth about the death of George Floyd.

The incredible role of Google Docs as a key tool for organizing riots. The MIT Technology Review has published a very interesting article in which it brought to light the role played by Google Docs in organizing the protests.

Over the past few days, but as it has already done in the past, Google Docs has assumed the position of a simple and immediate technological tool to share everything: lists of books that talk about racism, funds and resources for the needy and so on. Shared Google Docs can be viewed and edited anonymously by anyone, which is why they have become a key tool in this difficult moment that the United States, but not only, are going through.

Although it was born in 2012, Google Docs has been used for political and social protest purposes since 2016: it also served to provide support for very famous causes such as the #metoo movement or to protest the immigration bans imposed by protectionist policies by Trump.

The responsibilities of social networks and a new future. Twitter in recent weeks, also following the stances taken against Donald Trump, has seen its popularity and role increase in activism and as a source of breaking news. In addition, the position that different social media are taking towards their role and the civil responsibilities that they have, willy-nilly, are increasingly more marked. Twitter has labeled a Trump post stalking an old segregationist slogan as hate speech; on the contrary Facebook has decided not to take a position: this has led to an unprecedented internal dispute by employees.

In the past, even TikTok has entered a media storm due to the censorship activities perpetrated against the detractors of the Chinese government; famous is the story of Feroza Aziz, a seventeen year old American, who had managed to get around the algorithm and to talk about Chinese repressions against Muslims by pretending to do a make-up tutorial.

Social networks have a political role, the big players in the tech world have a political and social role: smartphones, algorithms, Facebook, Instagram, Whatsapp and all the others, do not belong to another world, they are our world. It is increasingly clear that there is no virtual world and a real world, but a single reality in which connections and relationships are modulated through the interaction with digital tools whose negative sides we have only begun to notice in recent years.

But, in accordance with what is written by Luca Sofri, director of the Post, “the” platforms “are not publishers but they are not even” non-publishers “” and therefore you have to start rethinking them in a completely different way, looking at everything from a new perspective. . “The nuances, the contradictions and the comparisons are useless: everything is blown up.”