Will there still be concerts in 2021?

The future of live events in a post-Covid world 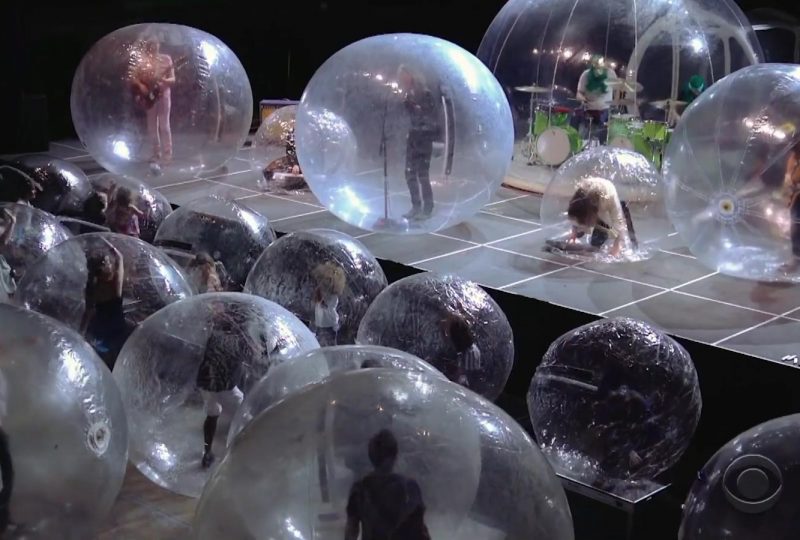 Among the many things that the Covid-19 pandemic, concerts are perhaps the ones that we will struggle the most to review in the short term. The idea of ​​filling a small space with hundreds, thousands or tens of thousands of people, crowded, sweaty and singing and screaming – which is basically the beautiful part of live events – seems crazy at the moment. Yet, the music industry, and beyond, which thrives on this cannot stop. Finding new solutions and new ways of creating mass social events is no small challenge, one to which many have already tried to answer, even using technology.

Virtual concerts. At the beginning of the lockdown, several more and less famous singers tried to cheer up the days of the many housebounds for a few hours with concerts broadcast live from their living room. An improvised palliative that however showed the potential of a new approach to mass entertainment. Now that we have understood how living with the virus will have to change our habits, this approach has found new life, aiming for more ambitious productions. An example was the livestream festival organized by Dua Lipa’s Studio 2054, with contributions, among others, by Miley Cyrus and Elton John.
However, there are those who have gone further, like rapper Travis Scott who held the first concert in a video game in April 2020. The event, on the now famous Fortnite, saw a riot of special effects where a giant singer performed in front of the players.

This concert is a ball. As much as virtual events allow fans to listen to their idols even without leaving home, the charm of a live concert, the adrenaline that rises, the sound of the speakers booming in the chest, are experiences that are difficult, for now. , replicate on digital platforms. There are therefore those who have tried to imagine a new way to enjoy concerts, such as the Flaming Lips, who organized a concert where one hundred spectators could listen to their favorite songs, all together, but each inside a special bubble. of plastic. Inside each of these there was a speaker to be able to hear the music better, water bottles, a small fan, a towel and two signs, one to indicate the need to use the bathroom, the other written above “it’s too hot in here” to signal overheating situations inside what are in all respects spherical micro-greenhouses.
Although small and, let’s face it, strange, the event was a success and provided a concrete example of how, at least for a while, we will be able to attend live events safely.

Outdoor shows, more open. Another way that would allow you to watch your idol’s solo is the one that took place at Gosforth Park in Newcastle. An open-air festival in which spectators, divided into groups of cohabitants, were separated by barred micro-stages, ensuring safety distances with other groups. A method that is not very innovative and perhaps difficult to organize for large numbers but which could allow a sector in great difficulty to resume entertaining and entertaining the public and to support those who work there.