Often we look at the law as the antithesis of innovation. The blockchain, originally born to support Bitcoin, is actually something deeper: an innovative solution to the age-old problem of trust, of trust between contractors. Promoting trust is difficult without effective governance: what we need to understand is that blockchain and law can work together. 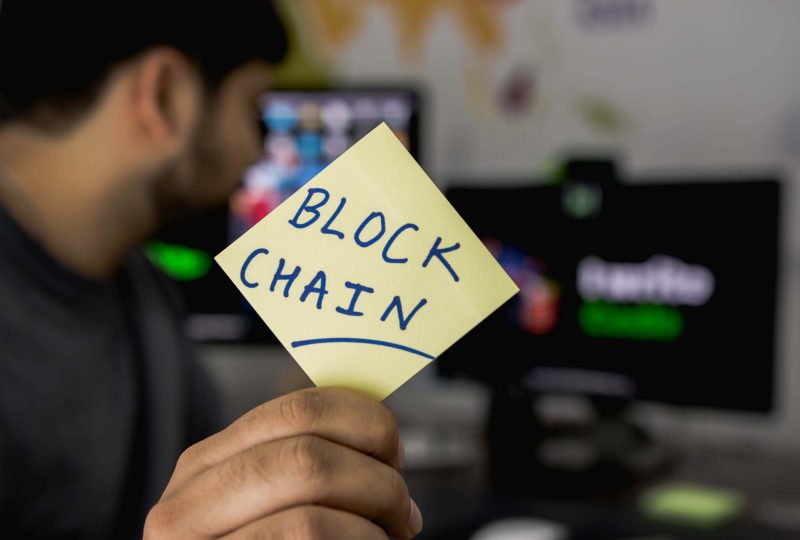 The definition of the Blockchain by Tapscott is “the technology most likely to change the next decade of business”. At the same time, however, it has also been considered “new Ponzi scheme” and “paradise for criminal activities”, and again, a road that could lead to both anarchy and ferocious authoritarianism.
The reason for this confusion is the uncertain relationship that the blockchain has with the law. The blockchain supporters describe it as a democratic way to escape the failures of territorial regulations. Critics see it more as a clever ploy to avoid legal liability. The truth is that none of these statements is completely correct, but neither is it completely wrong. The problem with these approaches is that they focus exclusively on how to set legal limits to the blockchain and completely neglect the self-regulatory capabilities of this technology.

A rapidly growing technology. From being the technology of the Bitcoin, the cryptocurrency launched in 2009 by the pseudonym Satoshi Nakamoto, the blockchain has rapidly developed reaching the dimensions of a global phenomenon. The tech giants like IBM, Intel and Microsoft are investing huge capital in the development of this technology, like leading companies in the professional sector like KPMG and PwC. Directly or through consortia, virtually all the world’s largest financial institutions and the governments are implementing distributed ledgers technologies based on similar principles.

What advantages. Blockchains use complex technologies, but their basic function is very simple: to provide distributed but certified records. Everyone can keep a dynamically updated copy, but all these copies remain unchanged, even without a central administrator or a major version.
To make a big simplification, this type of approach offers two basic advantages. First, you can trust transactions without trusting the integrity of individuals, intermediaries or governments. Secondly, accounting records have always had the problem of having to be reconciled with each new transaction: often it happens that there must be the registration of the same transaction on several different registers. A single distributed register can solve this problem of consistency suddenly, greatly reducing the related costs.

Is it an outlaw technology? In the beginning, the focus of the interest addressed to the blockchains was on Bitcoin as a private digital currency outside the control of territorial governments. Today we begin to understand that this technology could offer us much more and we have only begun to scratch the surface.
It is also true that we have begun to notice the downside. An unregulated currency can easily become a vehicle for illegal activities or financial speculation. It is no coincidence that Bitcoin initially rose to the headlines as a “crime currency; all this thanks to the use that was made of it in places on the web such as the Silk Road.
Although there have been many virtuous applications of this technology in the following years, the apparent resistance of the blockchain to the law has not allowed it (yet) to explode completely.

Yet the systems that rely on the blockchain reinforce their rules in exactly the same way as the legal system. To say it with the words of Lessig “code is law”. What else is the codification if not the will to give precise rules to an environment without rules?
The blockchain, in what the Americans call “trustless trust”, is an ingenious solution to the problem of certification, but to promote trust in transactions we need something more. This is where the legal system comes into play.

Blockchain and law: in search of balance. Although the codes are perfect, blockchains are human-based systems. Moreover, although there may be objectivity in code, one cannot fail to recognize relevance to human intent, which remains purely subjective. Blockchains remain vulnerable to selfish behaviour, attacks and human manipulation.
Legitimizing blockchain-based systems is fundamentally a question of governance, not IT. Without realizing it, the developers have wandered in a territory that jurists have known and travelled for centuries.
The only question, therefore, is only one: what happens when the blockchain digital registers cross and the law?
For some time the legal categories have developed categories to make up for the lack of trust between the parties involved in a deal, replacing the latter with rights, expectations, remedies and in some cases penalties. Nevertheless, there are limits beyond which the legal system cannot go and sometimes the excess of formalism undermines the trust between the parties.
The potential of the blockchain offers a possible solution, the implementation of which, however, cannot be separated from a correct definition of the roles among those that Nick Szabo, the inventor of smart contracts, defined as the “dry code” of cryptography (immutability and objectivity) and the “liquid code” of the law (fluidity, interpretation and subjectivity).
In this sense, there are already many hybrid solutions. Some are making the categories of the law operate in a way more similar to that of the code, others are making the blockchain more consistent thanks to the implementation of the legal categories.
Therefore, it is a mistake to continue to claim that law and blockchain are incompatible with each other.

It is certainly difficult to develop rules that adapt effectively to the changing society. As never before the law system has to look at the inadequacy of its reaction times to the accelerations of the world, especially now that there is a force as powerful as technological development. However, just as there are areas in which the law will have to recognize the potential of the blockchain, the opposite is also true: the blockchain needs the law.
The next interventions will be precisely on this: what are the ways in which the blockchain system and the legal system can coexist?