Our journey through the components of blockchain technology continues: we discover smart contracts better 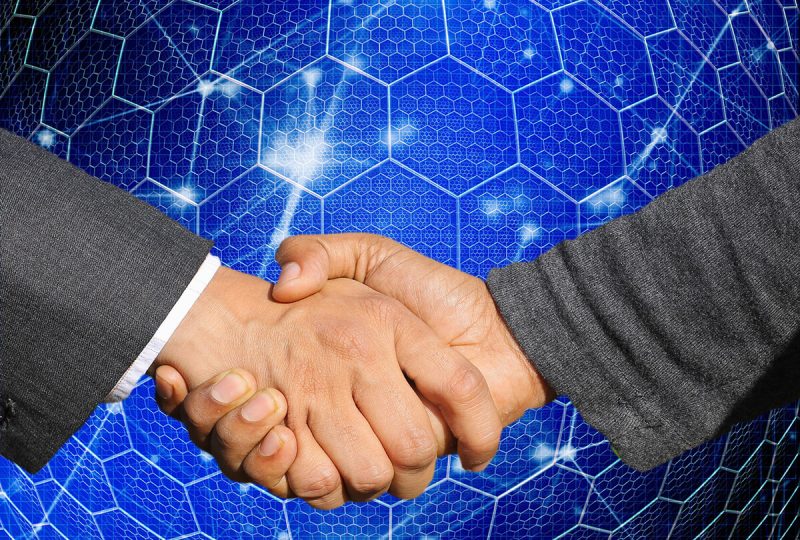 There is a revolution on the horizon for the world of contracts, both in the private and in the public sectors: this is represented by smart contracts, one of the peculiar elements of blockchain technology. The combined implementation of blockchain technology and smart contracts brings with it the promise to streamline the bureaucracy of public administrations and to simplify relations between these and private individuals, with the enormous benefit of the country system that will decide to undertake this change. There are already some interesting cases to study and take as an example: we cannot fail to mention the surprising success in Estonia of the model e-Estonia, thanks to which it was possible to integrate all public services into a single digital platform, with the consequent dizzying increase of investments within the country.

How do they work. To fully understand the functioning of smart contracts, we must have in mind what was previously said for the distributed ledgers and for the system of consensus and start thinking about the combination of these three elements as a single system. The distributed registers do not only have the passive function of “recording” the transactions that are transmitted to them. Otherwise, there would be no opportunity to distinguish them from simple digital registers: they mainly have an active role, dictated by the correct functioning of the system consensus. To comply with the consensus, in fact, they must also guarantee that the recorded transactions are actually implemented.

To make the Bitcoin system consensus work, for example, it is not enough for transactions to be only in the distributed blockchain recorded register. It is necessary, in fact, that the system imposes automatically on the contracting parties the transfer of the agreed amounts. This way, no one can start a transaction with the promise to exchange with another member of the network an amount x of bitcoins and then pull back the transfer and reconciliation of the register are part of the same action synchronization.

This mechanism is what we refer to with the term smart contract. Wanting to start treating the subject in legal terms, this mechanism means that the contract is not only effective but also immediately productive of its legal effects between the contracting parties.

From the first theories to today’s smart contracts – the Ethereum platform. The idea behind smart contracts comes from afar: it was Nick Szabo in 1997 in the beginning to theorize this instrument. Before the advent of the Nakamoto system, however, its real applicability remained very limited: thanks to him, in fact, the smart contracts were able to use the distributed register provided by the blockchain to operate independently and, on the other hand, bitcoin has used them to validate its transactions.

To date, the most important platform in terms of smart contracts is undoubtedly Ethereum, launched in 2015, but it is not certain that even this figure, against the recent announcement of Project Libra by Facebook, cannot be revolutionized within a few months.

Here it would be inappropriate to dwell on why the Ethereum platform has, in fact, allowed the realization of smart contracts in practice. However, for the sake of completeness, it is worth pointing out that this was made possible thanks to the so-called “DApps”.

The DApp. There is still no unanimous definition of what a DApp is (an acronym for decentralized application). With enormous simplification, we could say that, just as the register of a blockchain is decentralized and shared among all the computers participating in the network, in the same way, it is possible to imagine decentralized and shared applications in the same terminals. There are already many on the market, which for the most part reproduce existing applications in a decentralized way. An example could be the DApp Commuterz for carpooling services , which could be compared to other existing services such as Uber. There are just as many, however, that set futuristic goals.

Already in 2016, in the paper Profiles in Innovation, Goldman Sachs imagined that, through the DApps, the creation of entire decentralized markets could be facilitated, providing, in particular, an example of a decentralized electricity market. It would not be possible to imagine all this without the use of smart contracts: a distributed register could track all these transactions and immediately integrate their effectiveness, without overloading a central body in charge of performing these functions.

At this point, we can ask ourselves questions that, at present, are on the negotiating table in most countries in the world, including ours. How does the complex world of the blockchain and its functions be reconciled with our current contractual schemes? What are the real guarantees offered by this type of system? But above all, what risks do we go against?

These are the issues on which the legal debate linked to this new technology is being fueled. Starting from the next articles, we will try to shed light on some of the main interpretative doubts coming from the legal world.