Forecast from the past: new ways to produce meat

Often the thinkers of the past have left to posterity intuitions about our present: some incredibly precise, others completely wrong. In this new article we will analyze some future forecasts related to meat consumption, which has always been a basic ingredient of our diet 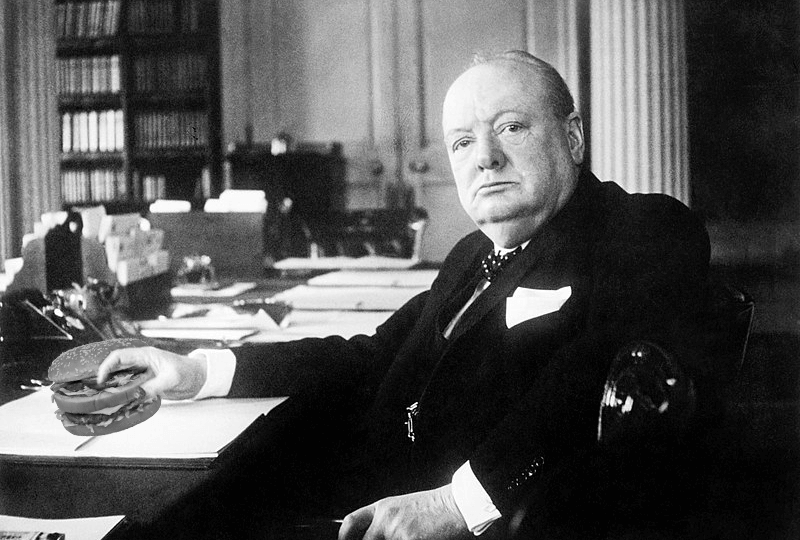 In 1902 the British physiologist Ernest Starling, studying pancreatic secretions, noticed that, when food entered the duodenum, a stimulus was released through the blood that led to pancreatic secretions. It was the discovery of hormones and the birth of a new branch of medicine, endocrinology, which led to a series of speculations about his abilities and the impacts that this new discovery would have on the world: hormones would have made it possible to reach new frontiers in medical field, but, perhaps, also in meat production.

Churchill’s prediction. In 1932, fascinated by the abilities of hormones, a certain Winston Churchill, perhaps you have already heard of him, wrote a long article in Strand Magazine on a concept that was decidedly forward-looking. Churchill wondered in awe why we had to raise an entire chicken to eat only his chest or wings: he imagined a future in which we would develop, through microbes and hormones, synthetic meat “indistinguishable” from real meat, able to replace farms.

Single dose cows. Churchill was not the only one to imagine alternative ways to get meat. Just as the British prime minister was inspired by the discovery of hormones, in the same way, a writer of the Science Digest, in 1955, was inspired by the enormous diffusion that nuclear discoveries and radiation had at that time. He wrote, in fact, that within 30 years, in 1985, using radiation would have been possible to create cows as big as dogs, that would feed on a special fat grass and that they would live in our gardens ready to be used as food sources.

From synthetic to“ impossible” meat. Both the authors of these forecasts had realized how important the impacts of animal breeding was: to date, only from the environmental point of view, they are responsible for about 15% of CO2 emissions into the atmosphere. There are many realities that try to develop alternative ways to produce meat with different approaches. In vitro meat, since when the results were presented to the public in 2013, is a well-established reality in the world of research and startups but still struggling to find its share of the market, complicit in the mistrust of public opinion and regulation still in discussion.

Another way is the production of “meat” of vegetable origin. As much as we have succeeded in creating virtually indistinguishable burgers – from taste to consistency, through texture – from the meat of derived from animal, the marketing of this product has difficulty getting started.

A partially realized vision. Unlike the author of the article in Science Digest, whose mini-cows seem relegated to the world of fantasy, Churchill’s vision turned out to be partly correct. In fact, while in vitro meat is obtained through stem cells and in vitro cultivation, and so it is not the hormones that directly generate the meat, the idea, however, that meat production can find an alternative way to farms is founded and in progress: cultivated meat is a reality that awaits only the right opportunity to function and actively enter the market