A prize for Impactscool at the Rome Innovation Summit

During the event, which took place in the capital city on April 17, Impactscool received the Rome Business School's Innovation Award 2019 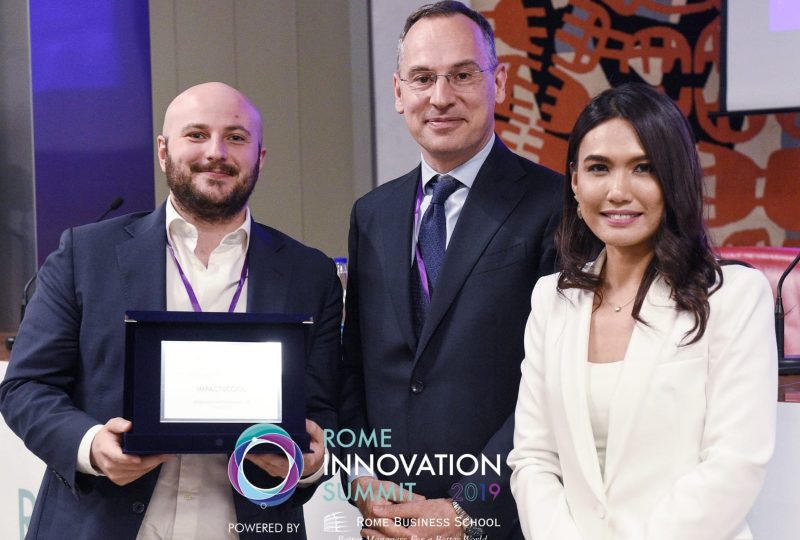 Deepen new labour market trends and share excellent business and innovation stories. These were the objectives of the first edition of the Rome Innovation Summit, an event organized by the Rome Business School, which took place in the capital city on April 17th. Impactscool participated in the event alongside companies of the calibre of Enel X, IBM, Vodafone, Ferrovie dello Stato and Giffoni and, together with them, received the Rome Business School’s Innovation Award 2019.

The event. The aim of the event was to offer participants the opportunity to immerse themselves in new business models and productive approaches in each sector, helping companies, but also young people and students, to become protagonists of the ongoing change.
The morning of the Rome Innovation Summit was on to the theme of human resources, while in the afternoon the focus shifted to the “macro theme” innovation. For Impactscool, the CMO and Co-founder Andrea Geremicca, who gave the speech “The code of the future”, made an intervention.

The prize. At the end of the event, the Rome Business School’s Innovation Award 2019 was awarded, an award given to companies involved in various capacities in the initiative to reward their commitment to follow new business paths with creativity, resourcefulness and ethical sense.

“It is a great satisfaction – said Andrea Geremicca – to be among the companies that have been awarded alongside companies such as Enel X, IBM, Ferrovie dello Stato and many others. The Rome Innovation Summit has confirmed, once again, how much desire and need for innovation there is today in Italy. In technological and entrepreneurial development, however, we will never forget to take into consideration the ethical and social implications, which will have to maintain a central role “.

20 minutes from the future back in September

How long for self-driving cars?

The virtual backgrounds of The Mandalorian