The future of tomorrow: the latest edition of FED – Forum of the Digital Economy 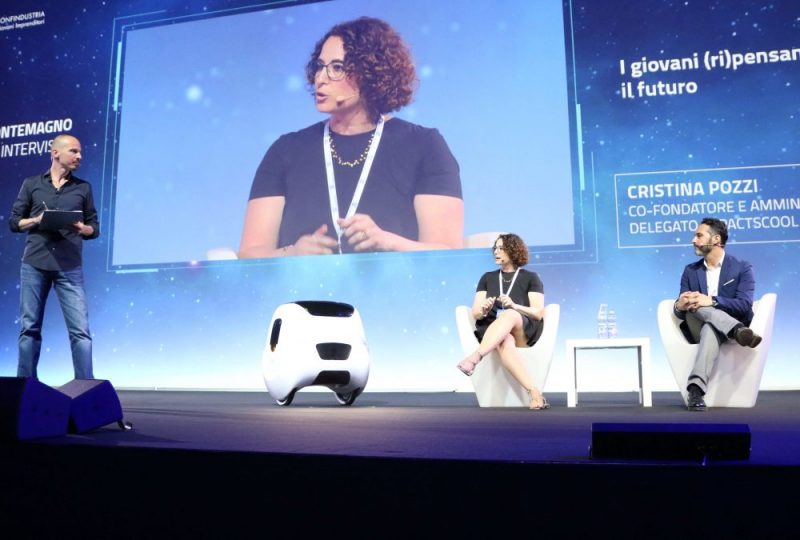 Organized by Facebook Italy and the Young Entrepreneurs Group of Confindustria, the Digital Economy Forum has gathered 30 speakers, including entrepreneurs, journalists, academics and experts, to talk about that tireless process that is also called innovation.

There are 31 million people who access Facebook every month in Italy: 25 million every day, and the vast majority of them access the social network via smartphone. “To be clear, it’s the number of spectators that saw the World Cup final in 2006, when Italy was playing”, explained Luca Colombo, general manager of Facebook Italia, at the latest edition of FED – The Digital Economy Forum, which gathered a crowd of over 5 thousand fans at the Milan MiCo on July 3. Therefore, it should be clear how much a tool like Facebook can positively influence also the sector of the economy: it’s expected that the turnover of the Italian digital market will grow by 3.8 billion euros in the next two years, reaching a total business amounted to 71.4 billion euros. This is the other data pitted during the conference dedicated to the digital world, which makes us reflect on the ways in which the social networks have changed, and will change again, the world we live in.

Among the prominent names of the day there was also that of Ciaran Quilty, vice president of Facebook for Europe, Middle East and Africa for small and medium-sized businesses, who in his speech addressed the opportunities that social networks can give to businesses, if they’re used with the right dose of creativity and courage. “The essence of technology is knowing how to take risks,” Quilty told the audience.

And precisely the risks we take (along with the opportunities we will face) are the basis of the “future exercises” that Cristina Pozzi, Co-Founder and CEO of Impactscool, presented to the public of FED. Benedetto Demaio, professor of Art History and ICT (Information and Communication Technologies) tutor for the Bicocca University of Milan was sharing the stage with her: two different, yet similar ways to say that a new way of making education is possible, and knowing how to use it at best can be the opportunity that serves today’s boys and girls to better face their tomorrow.

“The Future of Tomorrow” is, in fact, the title of the event, which wanted to be a moment of analysis on the Italian situation in the digital sphere. Davide Casaleggio, president of Casaleggio Associati and founder of the Rousseau Association, the direct democracy platform of the 5 Star Movement, on the stage of FED has clearly explained that it is time for Italy to get back on the roadway of digital innovation: only the 1.34% of our country’s GDP is invested in research and development.

In a situation like the Italian one, which still has a rate of unemployment among young people of 31.9%, there are, however, those who are not afraid of changing things: Davide Dattoli, Founder and CEO of Talent Garden, which now has 22 campuses spread across 7 countries of the world, the public explained that the solution is in the relationship that organizations can cultivate with their customers.

And traditional media too are witnesses of a world that is changing, and that must change: among the speakers of the event there was also the director of La Repubblica Mario Calabresi, who narrated the landing of the newspaper on the web, which took place still when “online information was meant to get people to buy paper magazines – can you believe it?”. A second expert of information, Luca Sofri, director of Il Post, had the task of explaining the apparent invasion of fake news on our online dashboards. Although many believe that fake news is a disease of the Internet times, reality is a bit different: Sofri explained that “the web, on the one hand, increases the spread of fake news and bad information in general, but on the other hand it is a great tool for verification and research, and it can make all of us “revealers of falsity”. All you need is to really want it.

This edition of FED also had its most “pop” moments:  the rapper Ghali, who reached his first goals on online platforms, explained how the social networks changed for the better the world of Italian music

Salvatore Aranzulla’s speech was also a great success. On the stage of the FED, he recounted the personal path that led him to open Aranzulla.it: from sheets printed and distributed to classmates with the solutions for the first problems with the PC, to the acrobatics needed to have an internet connection in order to share his tricks with the online public, the IT guru explained the more personal background of what is now one of the thirty most visited sites in Italy every day.