The biggest space image ever The Hubble Space Telescope team has published the largest image of space ever seen before. It’s called the Hubble Legacy Field (HLF) and is a mosaic of over 7500 photos collected over 16 years that shows some of the most distant galaxies ever observed, up to 13.3 billion light years away, this means that the light it comes from those galaxies, since our Universe is 13.8 billion years old, it was born only 500 million years after the Big Bang.

Over 265,000 galaxies appear in this very deep field image, through which it is possible to relive the evolution of these celestial bodies, from the most distant and therefore oldest we can reconstruct the evolution of the Universe in a single click.

The other deep fields. This is not the first image of this type made by the Hubble telescope, smaller versions have been published previously and made history, such as the 1996 Hubble Deep Field (HDF), which for the first time showed distant galaxies in the deep space. The data obtained from that shot contributed, and still contribute – the paper attached to the image has over 900 citations – to better understand our Universe, in particular regarding the study of Dark Matter (which we call “obscure” in the sense of unknown), the greatest mystery of modern cosmology. 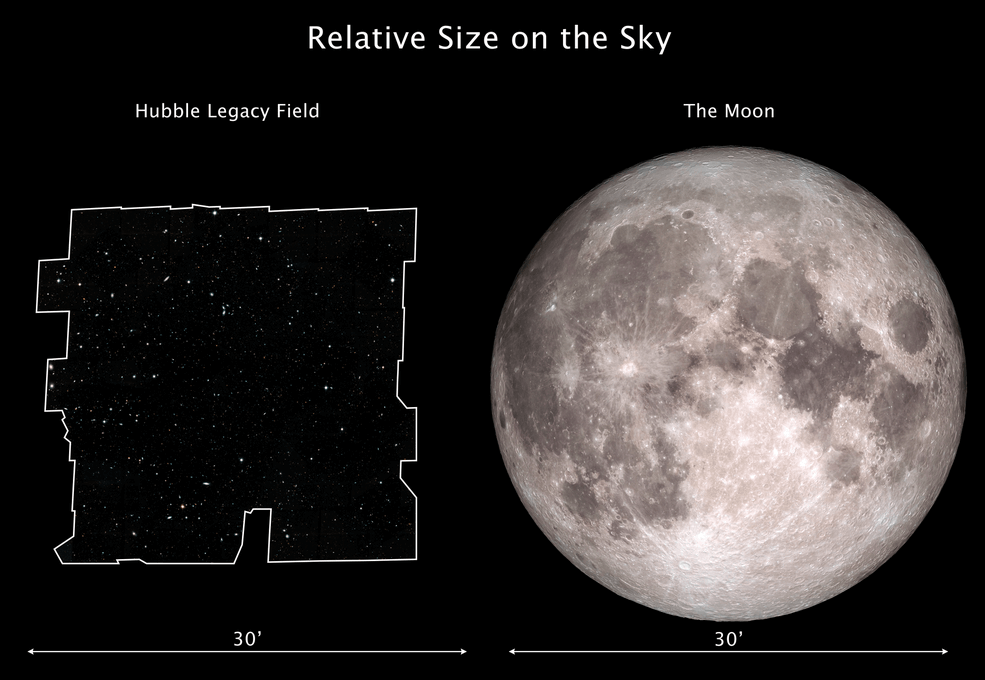 An incredibly large shot of an incredibly small area. Despite the apparent size of the shot and the infinity that is portrayed in it, in reality, it is a very small portion of the sky. The telescope has, in fact, aimed its mirror towards the same area for about 250 days, a long exposure divided into various sessions so it could collect the weakest light of galaxies at the borders of the observable Universe, in an area that in the sky occupies more or less the same apparent size occupied by the Moon.

An immense number of galaxies therefore, and these only in a slice of heaven. HLF, which contains about 30 times the number of galaxies observed by previous mosaics, will offer astronomers the opportunity to study in detail the evolution of our Universe, a catalog complete with the various types of galaxies and the different phases they pass through over time. In fact, Edwin Hubble, the astronomer to whom the telescope was dedicated, said that galaxies are “the markers of space”.

Look at the video! 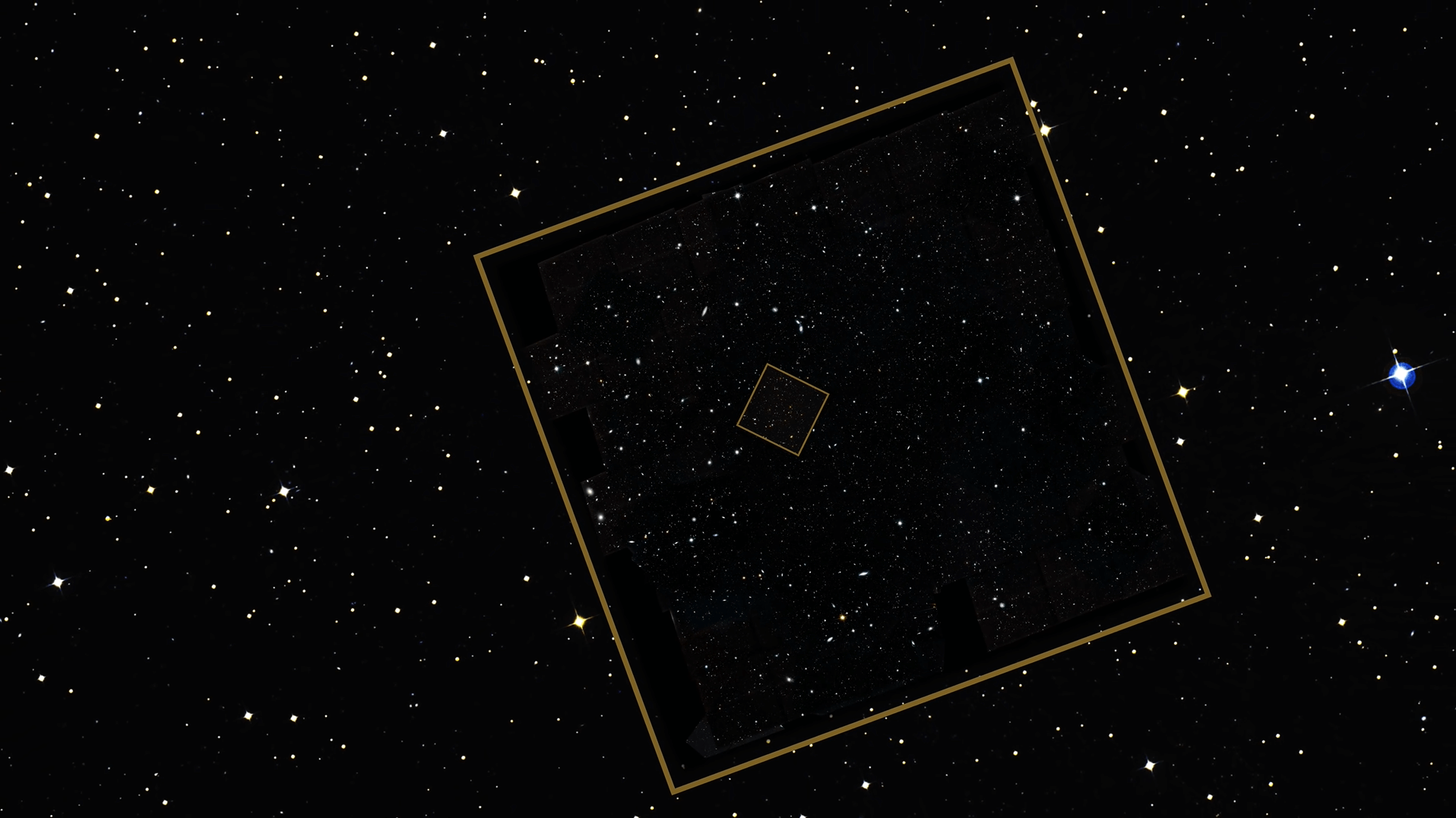