Unveiled the mistery of STEVE

STEVE is a particular atmospheric phenomenon similar to auroras. Being able to understand the dynamics of these still unknown phenomena will contribute to improving the performance of satellite telecommunications and the GPS system. 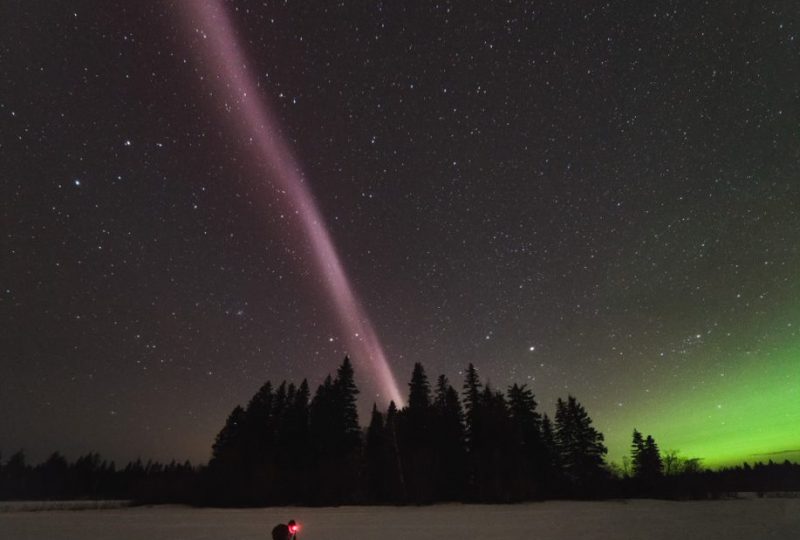 If you have ever had the opportunity to travel in northern Europe (or any area north of the Arctic Circle or south of the Antarctic) you will probably had the fortune to observe that magnificent spectacle of the aurora borealis. Drapes of iridescent green light that dance high in the sky. Occasionally, among those ethereal veils, you may have met STEVE. It is not an inhabitant of the place, but of an atmospheric phenomenon recently discovered, similar to the dawn but at the same time profoundly different. A group of researchers has revealed the origin of these particular lights, contributing to the understanding of the highest parts of our atmosphere, an area that plays a crucial role in telecommunications and, in particular, in the correct functioning of the GPS system.

The acronym STEVE stands for Strong Thermal Emission Velocity Enhancement, but it is also a quote from the children’s film “The gang of the forest” in which the animals decide to call a hedge, for them an unknown and majestic object, in fact, Steve. Until 2016 this different form of boreal light was unknown, its discovery took place thanks to a group of amateurs, a textbook case of citizen science, in which groups of non-experts provide data to study a phenomenon.

STEVE is a light beam tending to red, followed by a series of bright green streaks of light, called picket fence. The process that generates the auroras is well known, the solar wind composed of charged particles – electrons and protons – is conveyed to the poles by the Earth’s magnetic field, where it falls towards the upper atmosphere and excites the oxygen and nitrogen molecules, making them glow. STEVE also sees its origin in the solar wind, but in this case there is no precipitation of charged particles. Very high altitude plasma flows heat up due to friction, reaching up to 3000 ° c, and emit the typical red light, a bit like what happens to tungsten filaments in old incandescent bulbs. The beams of green light that accompany STEVE, on the other hand, are born according to the same process as the auroras but manage to go much further south.