Sea or mountain? Space might be the third option 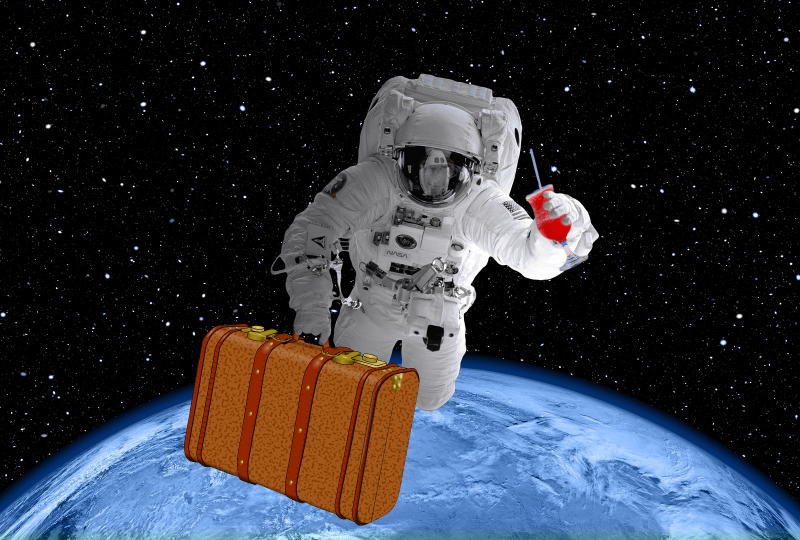 Recently NASA has opened the International Space Station (ISS) to the public: it will be possible to stay overnight for the “modest” price of 30 thousand euros per night, with a separate round trip by the SpaceX of Elon Musk or by Boeing costing about $ 60 million. The first to cross the ISS hatch will be private citizens, who will be able to spend a period of relaxation in weightlessness, even if they cannot boast of being the first civilians to do so: someone, in the past, already has visited the station, staying for a certain period of time. A year ago we already treated the subject, let’s see what has changed, who are the protagonists and where we could spend our space holidays in the not too distant future.

The Magnificent 7. The ISS has already hosted space tourists, all wealthy people who managed to convince the agencies that run the international space enterprise to welcome them into rooms with the most panoramic view of the world. The first space tourist in history was Dennis Tito, an American businessman who founded the consulting agency Wilshire Associates, who visited the ISS in 2001. After him, six other people, including Anousheh Ansari, an American of Iranian descent and entrepreneur in the telecommunications sector, the first female tourist, and Guy Laliberté, founder of the famous Cirque du Soleil, the last tourist to have reached Earth orbit. What unites these characters, in addition to an immoderate passion for space, is the economic availability. These are wealthy people who have been able to afford a ticket that costs as a common man’s lifelong savings. All this, however, is destined to change.

A vacation out of the world. It is not too far away the future in which a holiday in orbit (or almost) could be accessible to everyone, after a few years of savings. In fact, there are many agencies that are developing the sector in the form of infrastructures and means of transport. The first flights will most likely be sub-orbital, which will allow a short period – five, ten minutes – of weightlessness and then return to land. More an experience than a real vacation, certainly more accessible and imminent: it is a matter of one, maximum two years before Virgin Galactic, with its Spaceplane, will begin to provide the service for which over 650 people have already booked the tickets. Even the space company of Jeff Bezos, Blue Origin, will soon allow tourists to enjoy a few minutes of space thanks to its New Shepard rocket. These flights will have much more affordable prices, with a ticket sold between 200 thousand and 300 thousand dollars. If these initiatives provide for a short adventure on the edge of the atmosphere, others are working to bring tourists on an adventure into orbit and, perhaps, even beyond.

Orbit here we go. Other agencies will allow tomorrow’s travelers to enjoy longer-lasting periods in orbit. The SpaceX with its StarShip is developing the infrastructure to take tourists into orbit and around the Moon. In 2023 the spacecraft is expected to fly with the Japanese philanthropist Yusaku Maezawa who will surround himself with several artists who will tell their experience around the Moon to ignite the souls and the imagination of those who will remain on our planet. If there are those who plan lunar tours, there are also those who are creating the first orbiting hotel, such as Bigelow Aerospace with its inflatable modules – of which a prototype has been located for more than a year on the ISS – or the Aurora Space Station, a private space station under development by the Orion Span. The future of space tourism looks bright, there are many companies and the interest of the public is sky-high – literally – the real turning point will come when access to space will be accessible to most people, that is when for holidays you will have to decide whether to go to the sea, in the mountains or on the moon.