Break down the barriers of human communication thanks to technology

Microsoft presented a technology capable of overcoming two limits that seemed insurmountable: the linguistic and the "physical" one 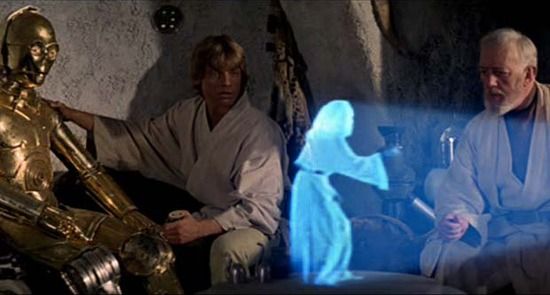 Luke Skywalker presses a button on RD-D2 and a small hologram of Princess Leila appears and says the famous words “Obi wan anata wa watashi no yuiitsu no kibōdesu”, or at least it would do it if he possessed as much advanced technology like ours. Yes, because Microsoft has developed a system to show not only holograms but also to translate speech – or almost – into real time.

In the last century of history, communication has undergone an epochal change: letters exchanges by correspondence have given way to messages and video calls, which have allowed us to break down some walls that seemed insurmountable. What are the limits of communication still to be overcome? Last week Microsoft presented a technology that promises a great new revolution.

A hologram translator. During a speech at the Microsoft Inspire partner conference in Las Vegas, Julia White, Corporate Vice President of Azure, Microsoft’s public cloud platform, presented a new technology to the public speaking in Japanese. Or rather, to present it was his hologram a three-dimensional model that replicated White’s appearance, movements, and voice. To implement the demo, Microsoft has used two existing technologies: the mixed reality of the HoloLens viewer and the artificial intelligence algorithms of the Azure infrastructure. First, she recorded her presentation in English in the company’s mixed reality studios to create the hologram. Later, Microsoft used its neural technology to create White’s voice, so he could reproduce speech, in any language, with his voice. The conversion from human to hologram, therefore, did not happen in real-time, but the one presented in Las Vegas is still a technology that promises very much for the near future.

Teamwork pays off. It is not the first time that Microsoft has shown its holograms and the work conducted in mixed reality studies, which, thanks to the evolution of HoloLens viewers, allow very faithful reproductions. But the combination with artificial intelligence and translation opens up new possibilities: doctors who communicate with patients all over the world, without losing the aspect of closeness and presence, politicians who make the “New Year speech” in everyone’s homes, or professors of the best universities who teach everywhere and in all languages.

Improve technology. Making technology more accessible and immediate: these will be Microsoft’s challenges for the near future: contact lenses with mixed reality that completely eliminate the need for a headset or bulky viewers, systems or apps for creating holograms in a more fast and simple, systems for simultaneous translation and speech synthesis. These are technologies that are existing or under development, and if they are improved and integrated with each other, they could offer very many opportunities.

We live in an era of great and rapid changes....

The photos of our relatives come to life