Chris the avatar reveals the link between augmented reality and behavior

The human brain is not able to distinguish, at an unconscious level, if something is real or virtual: our behaviors change accordingly 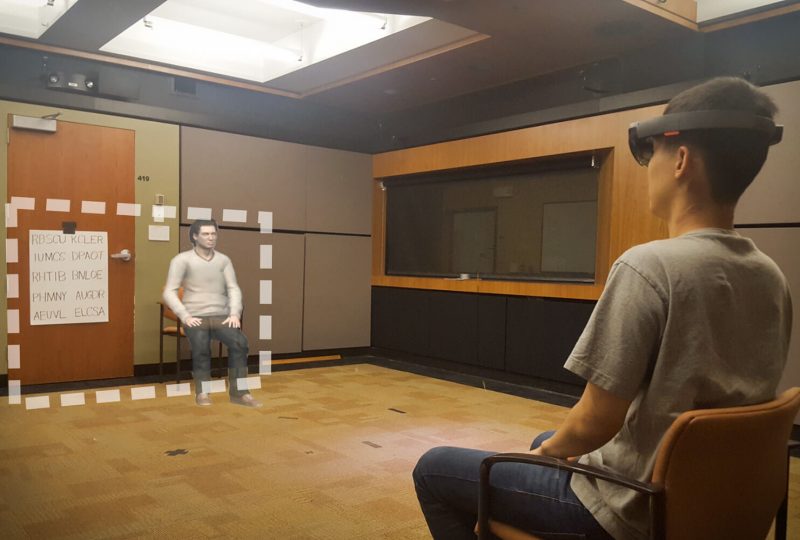 Augmented reality or AR, the technology that allows you to have virtual projections on the real world, it is increasingly widespread and convincing: just think of the mass phenomenon Pokémon Go or simply of Instagram filters. To date, the most common use of AR is fundamentally playful but the possibilities of use are enormous and we are only beginning to explore them. Some people have wondered if this technology could in any way have any side effects on us. If from the health point of view there do not seem to be problems, from the behavioral one a new Stanford University study made some interesting discoveries.

The brain with non-augmented reality. Our behavior, the way we relate to the world and to others, is strongly influenced by our perceptions: we rely on the senses to understand reality, but our brain is not able to clearly distinguish experiences and real perceptions from virtual ones. When we use an AR visors, or a smartphone, or any other tool that allows us to see virtual elements in the real world, we are aware of the fact that what we are observing is a simulation, but the most primitive part of our brain, the one that responds instinctively to stimuli, it is not as good at making a distinction.

How do people’s behaviors change when they interact with an augmented reality world? Jeremy Bailenson, director of the Stanford Virtual Human Interaction Lab sought to explore this cognitive uncertainty with a series of experiments.

Chris’s experiments. In these experiments the 218 participants had to deal with Chris, a virtual avatar projected into the real world through AR viewers. In the first test, Chris was simply sitting in a chair, while humans had to perform complex tasks. When Chris was present the results were worse: this is social inhibition, the phenomenon that changes our behavior when we are in the presence of others, even when these others are only inanimate projections. The results of another simple experiment were much more interesting: the participants had to sit on one of the two chairs available, but on one Chris was projected. Everyone sat on the “free” chair, although they knew that the avatar had no body and that surely would not be offended if they sat on his lap.

Automatic behavior was also influenced by Chris. This is a series of micro-behaviors linked to our social nature: once the participants sat in the chair not occupied by the avatar, they tended to position themselves three quarters towards it, a natural way of not turning their back on others and to prepare for social interaction, a behavior that is difficult to control and that is apparently influenced by a projection.

Impacts and future applications. Augmented reality is a technology with enormous potential that we are only beginning to explore. In a not too distant future relations with others could be, at least in part, mediated by AR visors of various kinds: conferences with holographic participants, projections of domestic animals to calm people on the verge of a panic crisis, doctors capable of being “present” in remote places. These are just some fields of application, areas in which socializing is an important element that allows us to modify and manage our behaviors. A healthy and socially sustainable development of this technology involves research like this.

The first video game for the study of cognitive disorders...

Neural synaesthesia: the AI that creates art to the rhythm...