Robotics for everyone: European Robotics Week is back

The initiative, scheduled from 14 to 25 November, aims to bring the public closer to research and development of robotics. Events in many Italian cities 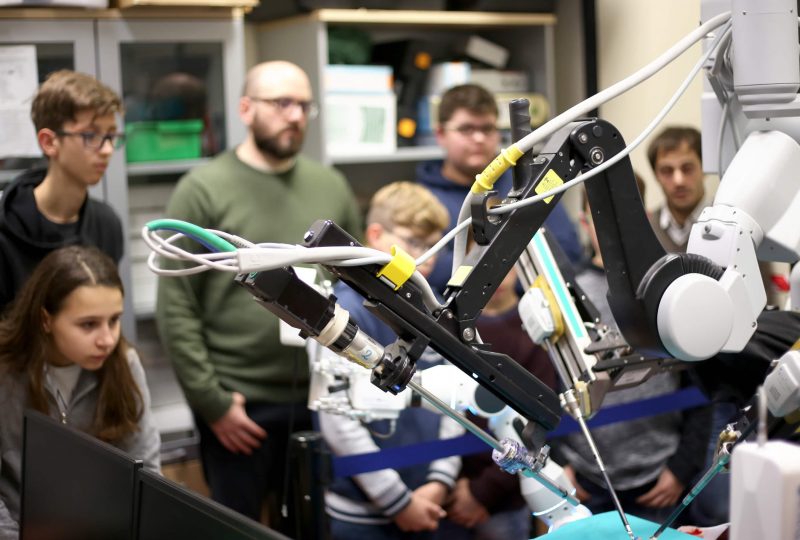 16.5 billion dollars: according to the World Robotics report, this is the value of the worldwide robot market in 2018, a 6% increase compared to the previous year. Robots are among us: it is important to learn about the opportunities they offer and stimulate the debate on the risks that they also entail from an ethical and social point of view. This and much more will be the topics that will be discussed on occasion of the European Robotics Week, born in 2011 on the initiative of the European Robotics Community to incentivize technological education and confrontation on this issue. The 2019 edition takes place from 14 to 25 November and includes many events also in Italy.

The situation. In Europe, the robots installed at the industrial level in 2018 have increased by 14% and also in Italy the data is in a net increase. According to the Aidp-Lablaw 2019 report by Doxa on “Robot, artificial intelligence, and work” in Italy, for 89% of respondents, the use of robots and AI is necessary to carry out activities that are too strenuous and dangerous for man and can never completely replace human intervention. For the sample involved in the study, however, an adjustment will also be required on a regulatory level: 92% of the time to seize all the opportunities requires the development of new laws capable of regulating the subject, also to avoid the loss of jobs.

European Robotics Week. The debate is articulated and complex and the feeling is that often the tools to understand the situation, the areas of application, the opportunities for the different sectors but also the risks and dangers on the different plans are lacking. All these issues are at the heart of the European Robotics Week, which also aims to put the spotlight on the STEM disciplines, which are acquiring an increasingly central role in creating the society of tomorrow, in order to grow future European scientists and researchers. filling a skills gap: just think that by 2020 the market will require a further million professionals in these sectors. Every year the European Robotics Week foresees a central event, which in 2019 took place in Poznan, Poland, and a series of local events in individual countries. In the past eight editions, Italy has organized a high number of events involving universities, research centers, manufacturing companies, integrators, arts, theater, associations and educational centers, and hundreds and hundreds of schools.

Some of the scheduled events. The ALTAIR Robotics Laboratory of the Department of Informatics of the University of Verona, founded in 2001 by Paolo Fiorini, for the occasion on 22 November opens its doors to robotics enthusiasts and new technologies of all ages, to lead them to the discovery of its main research areas, surgical robotics, collaborative robots, rehabilitation robots, and will have the opportunity to learn about current and future projects within the Laboratory. At the end, a scientific aperitif is also scheduled. In addition to the University of Verona, there are many Italian universities that organize meetings on the occasion of the initiative: the Politecnico di Milano, for example, in the afternoon of November 23rd organizes an event to show its Robotics Lab to the public. In Naples, on the other hand, as part of the “Futuro Remoto – Città della Scienza” event, the School of Robotics “OFFICINE LEONARDO” organizes for November 24 the workshop “From coding to programming robots and drones”, aimed at school managers, teachers and students. All scheduled events are available here.