Interview with Piero Poccianti, president of the Italian Association for Artificial Intelligence (AIxIA) 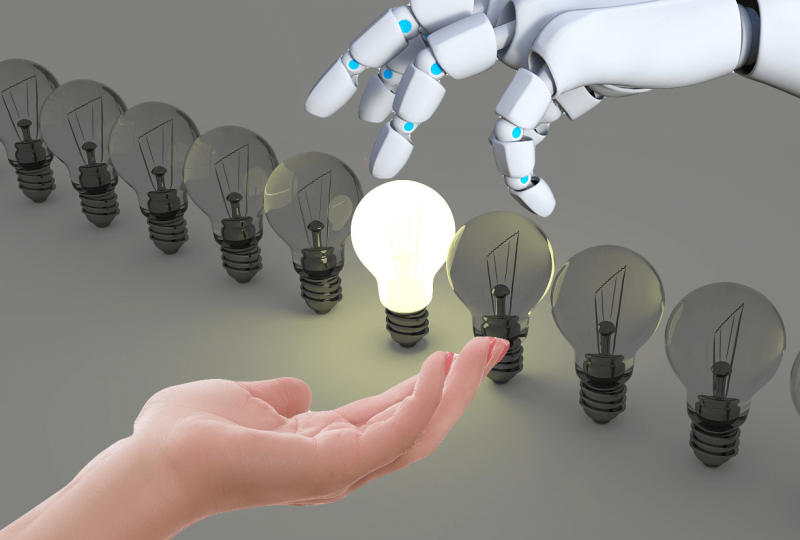 German economistArtificial intelligence is one of those exponential technologies that have revolutionized many sectors in recent years. The algorithms, becoming more and more precise and complex, however, involve a considerable increase in the electricity needed to allow the machines to function. An increase in energy demand due to higher calculation capacities inevitably corresponds to an increase in the release of CO2 into the atmosphere. A real threat to the survival of our planet for which the creation of ever more efficient technological infrastructures is fundamental. An important project in which not only large companies can play a significant role but also, and perhaps above all, the community of makers, people interested in digital “do-it-yourself”.

One of the meeting points of this community is Campus Party, an event that brings together technology and creativity enthusiasts, whose latest edition was held in Milan from 24 to 27 July. Among the guests of the event, which was also attended by Impactscool with his workshop, Piero Poccianti, president of the Italian Association for Artificial Intelligence (AIxIA) who gave a speech entitled “State of the art and perspectives of Intelligence Artificial: Cloud, Fog and Edge architectures”. A deliberate intervention designed to illustrate the architecture of the AI ​​currently available to makers and to show the possibility of developing an eco-friendly AI. We interviewed him precisely on these issues.

We often think that AIs are in the hands of the big technological giants, is that really the situation?

If we look at the most recent developments, particularly if we focus on Deep Neural Networks, which are having great success right now, I would say the answer is yes. These large companies, not only American but also Chinese, are developing machines with enormous computing capabilities. If we consider artificial intelligence as a whole, we see that Europe is still a point of reference for research, especially basic research. The problem is in perspective because many young European researchers are attracted by the great American and Chinese companies with important economic offers not even remotely comparable to the European ones.

He explained earlier that these great giants are successful because they have computational power, but I imagine that much energy is needed to produce this computing power. What are the impacts, both from an economic and environmental standpoint, of the development and use of AI?

In 2016, a note issued by the French environmental agency stated that each megabyte exchanged on the internet frees up about 0.6 grams of CO2 in the environment. If we do the calculations it is clear that we are releasing considerable amounts of energy, some even indicate that 7% of the energy is consumed by data processing on the internet. Emblematic is the book “How bad are bananas: the carbon footprints of everything” by Mike Berners-Lee an American researcher who focuses on the cost, in terms of CO2 release, of the production of any object, from a bananas to an apple, but also of simple daily activities like the exchange of video on the internet.

Precisely these simple daily activities, such as streaming and data transfer, are actually two operations that consume many energy resources. And if we think of Cloud architectures, used in large companies, which require a large amount of data to be moved, the problems do not stop only at the environmental level. In fact, we also have the issue of privacy since multinationals hold information, sometimes even sensitive, subject to data leak risks.

Unfortunately, the centralization of data in large Clouds and Data Centers reflects the current economic model, where the “big” prevails over the “small”. But if we have to respect the environment, if we have to start thinking that consuming more does not necessarily lead to improvement then we will probably understand that those large data centers have to be scaled down.

Are there other ways to reduce environmental impacts?

The AI ​​itself can be a valuable tool for optimizing energy consumption, showing us not only how much and where we consume, but also how to limit consumption. This dynamic is valid both for energy aspects and for precision farming and process optimization. We must also take into consideration the existence of architectures like Edge and Fog ones, able to reduce the impact enormously, representing a valid alternative to the Cloud.

Edge architectures allow you to process data on the device where it is produced. Let’s think for example of a security camera. On the one hand, all the videos are directed towards a cloud that analyzes information in real-time, on the other we can decide to rely on an Edge system that, thanks to a small device installed in the camera, analyzes and recognizes risk situations. In the latter case, the entire data stream will no longer be sent indistinctly from that same camera, but there would be only an alarm if a dangerous activity occurs, such as “there is someone masked entering the house”.

What are the Fog architectures instead?

Fog architectures are intermediate structures in which servers are used as close as possible to the data processing source, so not on the original device but in the vicinity. This system is widely used in precision agriculture that uses tools, such as sensors and drones, which allow you to control a cultivated field, to know when to water it and use the pesticide, perhaps minimizing the use of these elements. The problem is that this type of solutions are adopted in Africa or India, countries lacking infrastructure where Internet connection is unreliable. Here lies precisely the advantage of the Fog architectures because the system is able to locate and send data to the nearest working computer.

This type of architecture is more effective not only from an environmental and consumption point of view but also from an operating point of view because, not being a centralized system, it does not stop when an element is missing, as can be the connection or the possibility of reaching a distant server. To make a parallel, it is somewhat the concept that distinguishes the monarchy from democracy.

Speaking of democracy, as opposed to the giants that concentrate a large part of the computational power, what is the role of the makers and their community, which you recently met at the Campus Party, with respect to the development of AI?

Campus Party was a special experience, there were a lot of young kids but I expected even more things about makers, even more, creations for kids. However, it was interesting to meet them and see their contagious enthusiasm for the future.

Makers, who can be considered the artisans of the future, use new technologies such as 3D printers and could really revolutionize the world. During my speech I illustrated the Edge and Fog tools we were talking about earlier because, on the one hand, I wanted to show them that you can develop AI in an eco-friendly way, on the other hand, I think these systems, with low cost and simple design, are particularly suitable for their community. Furthermore, I wanted to make them understand that different modes can be combined and that the Cloud does not necessarily have to be used, it can also be used only to train the AI ​​and then transfer it to a small device. After all, as the German economist Schumacher once said, “small is beautiful”.

We have forgotten those concepts but I think they are still valid, it is clear that we need to change the economic model, to better distribute resources and draw on people’s inventiveness. The creativity of these new artisans, in my opinion, can be a means for the profound change of the economic model that goes towards respect for the planet.

How is the research positioned on this chessboard?

Research, especially in Europe, is carried out by the academic world which at the moment still boasts a leadership position. Although it is not easy, there are movements that are trying to keep research at levels of excellence, placing man at the center and taking into account environmental, economic and privacy impacts: European documents published by experts are very valid. I believe it is the only way for Europe to regain, or not lose, the leadership it has won, otherwise, we would be crushed as in a vice between China and America.

We also need to understand how to transfer the knowledge generated by research to the business world in an equitable way. In fact, large companies have the opportunity to create workshops and have constant contact with the world of university. SMEs, on the other hand, and the artisans I mentioned before, in this model do not have the possibility. It is necessary to find new tools to spread knowledge from the world of research towards these subjects.

In your opinion, why is Europe losing this race?

Because both China and America are investing many resources, also and above all economic. Probably, however, completely neglecting human factors or what may be environmental impacts. Perhaps Europe has a different cultural tradition, which can be interpreted as a brake on development but if we can consider it a value, as happened with the GDPR, we will probably be able to direct our spaceship in the right direction. If Europe loses this battle, perhaps it will not be the only one to lose it.