In 1920, the RUR play by Czechoslovakian author Karel Čapek was published, who coined the term robot. 100 years later, we retrace the history of how we imagined, and therefore created, mechanical beings 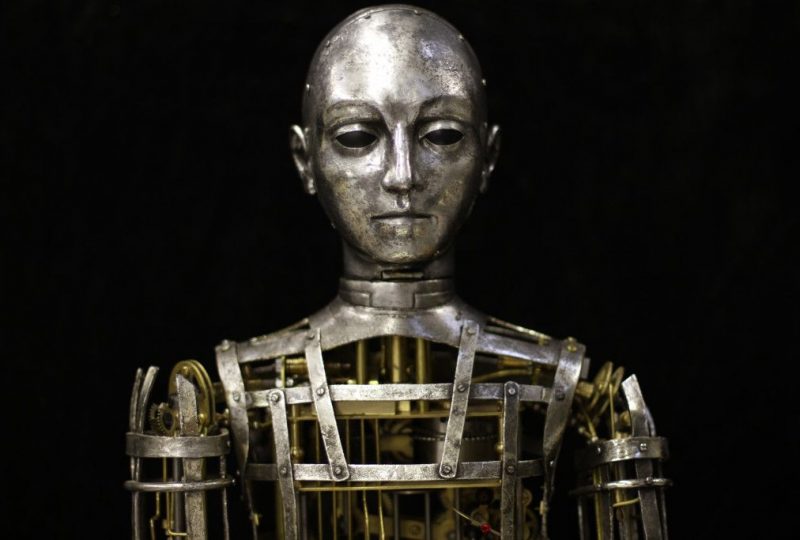 Kneading machines and vats for the treatment of chemical protoplasma are at work to give life to the first robot. This is how the protagonists of the RUR opera, Rossumovi univerzální roboti, translated as “The universal robots of Rossum”, came to life: the science fiction play by the Czechoslovak author Karel Čapek who recently turned one hundred years old coined the term robot. In the work, the name used is “robota”, which in Czech means “forced labor” or “slavery”, then transformed into “robot” and spread all over the world. In the work, robots are actually organic in nature, generated by chemical, biological processes and the result of biotechnology. They would therefore be more similar to Blade Runner’s replicants than to Asimov’s positronic robots. Their story leads them to become slaves of humanity to new rulers of a world where the human being has become extinct.

Since then the narration of mechanical men has gone through countless stages, from prodigies of mechanics and symbol of class struggle to terrible murderous machines and mysterious other intelligences. We tried to retrace the history of how we imagined, and therefore created, robots, highlighting what are the key steps for us.

It is a terminological issue. Before going into the history of robots it is important to understand what a robot is: defining specifically what it is is not a simple task. In fact, there is no consensus on its definition. Is an autonomous car a robot? And an industrial arm? In general we can say that a robot is a machine capable of accepting some type of programming, which is capable of processing external data or perceptions electronically, operating autonomously to a certain extent, moving, operating physical parts of itself or physical processes, detect and manipulate your environment and exhibit intelligent behaviors, in particular behaviors that imitate humans or other animals. Perhaps a somewhat broad definition that defines more the areas of action than the actual nature. To understand how the concept of robot was born, perhaps it makes more sense to trace its history.

Ancient robots. Artificial beings have been part of the human imagination since the dawn of time. The ancient Greeks imagined a mechanical helper for Hephaestus, the Jewish tradition has the Golems, clay beings folded to the will of their creator, similar to the clay giants of Norse mythology. The first objects that, in retrospect, we can define robots date back to ancient Greece: in 290 BC the Greek inventor and mathematician Ctesibio created a water clock capable of moving several parts. In 300 AD in the Taoist text Lieh Tzu describes a mechanical man capable of moving and even equipped with functioning organs. In 1300 the Muslim scientist Ismail al-Jazari built a mechanical peacock.

The first mechanical human figures appear with the arrival of the automata, anthropomorphic-looking robots capable of performing a sequence of complex actions, such as writing or playing an instrument, completely mechanical. A very intricate system of gears and levers allowed the movement of these forerunner robots that were used to amaze the courts as early as the first millennium. One of the most famous automata is probably that of Maillardet able to draw and write poems, pre-recorded on special toothed cylinders, like a complex music box.

Modern robots. So here we are at the birth of what we can consider the first robots, with the arrival of Čapek’s work in 1920, the term that describes them is also born and their fame, in the collective imagination, spreads like wildfire. In 1921, the film “The mechanical man” was filmed in Italy, one of the first Italian science fiction films to show a battle between robots.

The first autonomous electronic robots with complex behavior were created by William Gray Walter of the Burden Neurological Institute of Bristol, England, in 1948 and 1949, and were able to find their way to a charging station by themselves when the batteries ran out.

With the arrival of contemporary history, robots become not only a common subject for stories and tales but also an increasingly concrete part of human technology: the videos of the Boston Dynamics robots invade social networks, Roomba cleans our floors in the home , in factories and industrial plants robotic systems guided by increasingly complex artificial intelligence play an increasingly important role and several states are developing war robots capable of fighting the wars of the future for us. The robots that we have imagined since the dawn of time are now reality and, for better or for worse, they are here to stay and become more and more complex. What is essential is to understand how to best manage their existence and coexistence with man so as not to run the risk of ending up as humans of RUR.