The editorial by Andrea Dusi, President and Co-founder of Impactscool 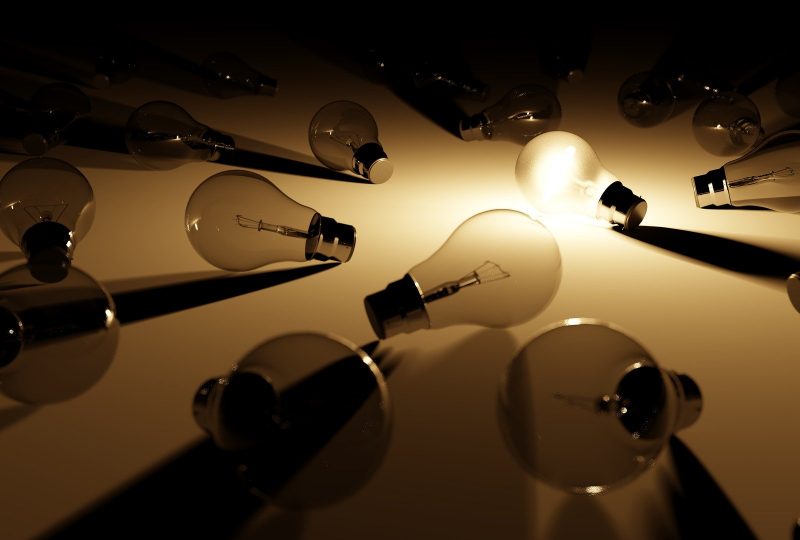 We live in an unprecedented period of our lives. We know there can be light at the end of the tunnel. And we have two ways: to look at it from afar, hoping it will arrive. Or work towards this light.

And it’s the same difference we have today when we decide whether to wait optimistic or work with hope.

Because we can’t make the mistake of getting confused about the terms.

I think it’s wrong to be optimistic, or just optimistic.

Wrong because, first of all, people are dying. And they will die. And for them and their loved ones, everything will not return better than before. We will all be touched. We will all know someone who has unfortunately been hit or will be affected by this calamity.

Wrong because the real economy will suffer, perhaps as never before in history. And for us Italians, in particular, the “people” of small and medium-sized enterprises, undercapitalized, the risk of a future default will be more than real. Starting again will be difficult. With or without state and European aid.

Wrong because in the new geopolitical balances, we know what we leave behind, we don’t know what will be there. I believe the United States will close even further within its borders, leaving China a prairie.

And what’s worse, it’s wrong because nothing will be able to be more like before in dealing with others, with the “different”. After 1 or 2 months in which we will keep the distance between us humans, will it be easy to embrace each other again? Will it be easy to travel with serenity in all places of the world? Who among you, who among us will plan to go to China in the next 2 years for vacation? And at the same time, as long as the connection Italy = Contagion will remain in people’s heads.

This is instead the time to cultivate hope. Hope is the key to reviving us.

As Alberoni writes, “while optimism is a quality of character that makes us always lean towards the most favorable vision, often not taking into account the principle of reality, hope is indeed founded on a desire, on a vision of the future, but look far. It broadens the horizon without there being the certainty that things will go as we have planned. It is an opening to the possible. ”

And, I add, that pushes to take actions to reach the possible futures. With a proactive and non-passive attitude (typical of optimism).

Hope has the great ability to be able to take us beyond the borders of the present, giving meaning also in everyday life to the meaning of our life.

According to Frankl (Austrian philosopher who lived in the last century), it is precisely in the most desperate actions – “like that of concentration camps, but we also think of those who in daily life must fight against depression, or live with serious illnesses of their own or loved ones, unemployment, the economic crisis and so on – those who find in themselves the strength (resilience) of not giving in to despair manage to face them and overcome them by prefiguring a possibility for the future, a possibility of happiness beyond the despair they are experiencing “.

Because hope has the ability to project us beyond the borders of the present, it allows us to give our life a meaning, to see an ideal task to pursue that gives us strength, enthusiasm, which makes us feel part of the world and creators of the world . It spurs us on “in height”, towards the future. ”
All great men and women, entrepreneurs, scientists, explorers, sportsmen have been guided by hope.

Like Guglielmo Marconi who for many years experimented in his room, in solitude, misunderstood, before seeing his efforts recognized through the transmission of radio waves in the ether.

Like Giuseppe Garibaldi, who for the hope of a united Italy fought, won, was defeated.

Like the friend we know that to achieve his personal positive vision of the future (a better job, results in sport, learning a musical instrument or a new language) he worked like a madman, he traveled the world, he sacrificed, or enhanced, the years of youth to achieve a dream.

None of these were optimistic, passive spectators of what happened. They were all guided by a great hope, on which they fought and worked every day. And today our country and ourselves need to cultivate hope, to work for the future that awaits us. Not to wait for him helpless, but to build it every day, even now.

Because if we cultivate hope we acquire, in the worst case scenario, a new force that will make our life full, rich, full of meanings. Without limiting ourselves to exist and to spend every day the same as the other.

“Hope often operates invisibly but vitally. Hope sustains us when we fall in love and we don’t know if we are reciprocated; it allows us to take new paths in the work, refining our creativity and our vision of tomorrow; it pushes us to procreate, to love and educate our children and to imagine their future.

And if maybe we don’t reach the future we want to build, working every day to achieve it will allow us to get closer to “that ideal of happiness that we all pursue and that gives us the power to transcend the finiteness of human life”.