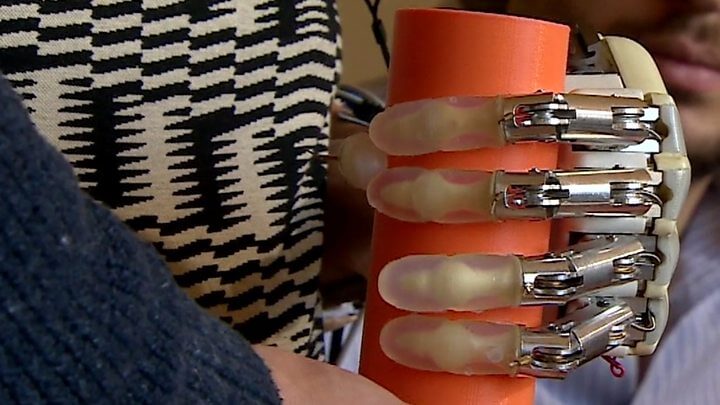 In 2014 some scientists produced the world’s first feeling bionic hand. But the sensory and computer equipment it was linked to was too large to leave the laboratory. Now the technology is small enough to fit in a rucksack, making it portable. The development team included engineers, neuroscientists, surgeons, electronics and robotics specialists from Italy, Switzerland and Germany. Almerina Mascarello, who lost her left hand in an accident nearly a quarter of a century ago and now has the bionic hand, said “it’s almost like it’s back again”.