We talked about it with Glenn Zimmerman, Chief Communication Officer at Hu-manity.co, a startup using blockchain to enable consumers claiming the ownership of their medical data 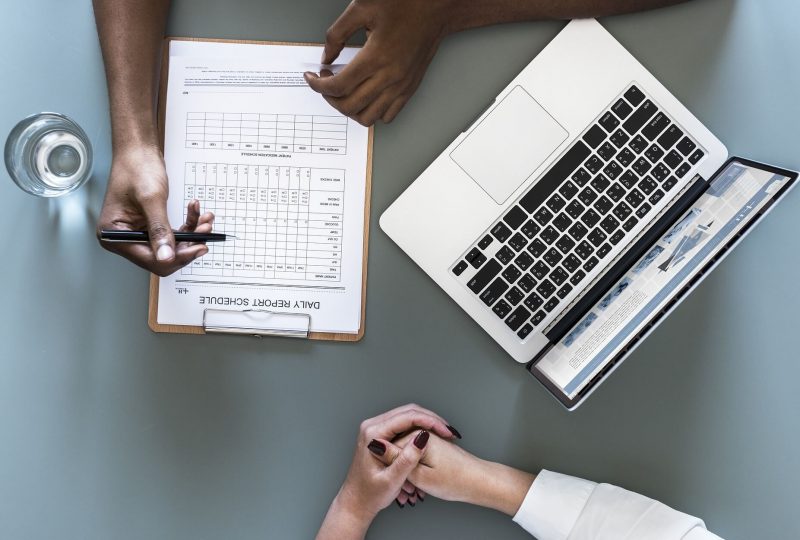 Blockchain is considered a revolutionary technology that will positively impact many fields, including the medical sector.  Many startups are using blockchain to store medical records, enabling the user to have more transparent and easy access to his / her data.

Hu-manity.co uses a different approach, instead of storing medical health records, it is collecting consent on how the user wants his / her data to be used. We talked about it with Glenn Zimmerman, the Chief Communications Officer of the startup.

What and how is Hu-manity.co using blockchain to tackle the ownership of data?

Blockchain right now has been considered and discussed by a lot of organizations as a way of solving some challenges in healthcare. The big thing to be addressed is the difference between ownership of data as a human and ownership of data as an organization.
There are, indeed, differences between the US and Europe (with GDPR) and some consistencies, but nowhere in the world is the data fully aligned with the ownership by the individual.

Many organizing are claiming to use blockchain to secure the data or to make it more private, and this is a large effort and important. However, none of this considers the data ownership question while simultaneously making sure data flows freely and effectively to make sure it drives healthcare research and beyond.

Hu-manity.co allows data to remain where it currently resides, in the hands of the current places where the data is collected, the data brokers, the aggregator, etc. Instead, we are offering the healthcare industry (and other industries over time) explicitly consented data, simply by including people in the conversation. This has the potential of creating better data for researchers to drive everything from higher cure rates to reducing the cost of medicine.

When people sign up to Hu-manity.co they have the opportunity to claim their data as their property. By doing so, they will receive a  digital title for their data, much like people have a digital title for a car, for a boat or a house. The app enables people to decide how they would like their healthcare data to be used. For example, an individual can decide to support cancer research by giving his /her billing history and prescriptions but not sharing his / her medical consultations.

How is data ownership different between the USA and Europe?

General Data Protection Regulation(GDPR) doesn’t claim data ownership in terms of the property, it does say that the control of the data belongs to the individual, meaning that the individual whose data is collected in Europe has the right to ask the data collector which data it has about him/her.

In the US, there is a business-centric point of view. The current interpretation of the Health Insurance Portability and Accountability Act (HIPAA), which basically defines how a patient’s data can be used, states that the data collector (e.g. the hospital, the pharmacy) is the one that has the control and the ownership of the data.

What is your vision in this regard?

Hu-manity.co believes that data collection should not be tied directly to data ownership. Now the data collection process in the USA is as it follows: the patient goes to the hospital, he/she gets a procedure done. Afterward, the procedure is documented in a electronic health record. This document is partially de-identified (e.g. the name, social security number, etc) and then handed over to a data broker, usually a large company, that sells the data for research or other purposes. What is important to point out here is the patient has absolutely no relationship with this third-party entity and yet the health information a patient’s body generated is sold to generate large profits without their explicit knowledge, consent or authorization.

The Hu-manity.co platform is currently designed for the US Market, but the vision is to be active globally, thus Hu-manity.co has already begun to establish offices in Europe as well.

How Hu-manity.co is going to change this process?

Hu-manity.co offers the opportunity to let people decide how their data will be used. For instance: the individual can choose to support only cancer research. These decisions are the ones that are recorded on the blockchain of Hu-manity.co.

The next step: once100K people have signed up for the #My31 app and documented how they want their data to be used or not used (yes, it is possible to ask that your data is not used at all), then Hu-manity.co will fight so your data choices are respected. Only if someone permits it will that person be contacted by research centers in order to help drive better research. If this were to happen, the individual would have the potential to be paid for the data that is used.

How does Hu-manity.co work concretely?

This is put into practice by adding a little bit of code of the permission of the user to the electronic health record. From that moment, every record going on the other side, where research and pharmaceutical companies want to use it, shows which permission the user gave.

Companies can connect with these people since data is now richer and it allows to drive much faster, efficient and also better research, eventually leading to more cures. The process is always pinned back to the Hu-manity.co blockchain. This means that whatever data is sold the blockchain knows it and the patient would have the potential to receive compensation for the data.
The big point is that Hu-manity.co is not holding the data. In that sense, Hu-manity.co can be seen as an agent, collecting the choices about how people want their data to be used and connecting the dots by showing to companies the opportunities that this means.

Why Hu-manity.co is using blockchain to do this?

The big terms when talking about blockchain are trust, transparency, track, and trace.
In the healthcare industry, right now, when the researchers are receiving the data there is no way with a 100% certainty if the person even exists let alone whether the data is accurate.

Furthermore, blockchain is decentralized, that means, it is independent of governments or other organizations. The choices made are actually each person’s choice and those choices can be updated at any time. Hu-manity.co is using blockchain to actually empower people with a right they have never had before.

What is the #My31 movement?

According to Hu-manity.co, the idea is a new human right to be added to the United Nations Universal Declaration of Human Rights of 1948. This right is that everyone should own their data as their property.

The average value of a person’s data is around 100 and 200 dollars per year, this just for healthcare data. It is important to point out that everyone is generating more and more data and the value of it will grow exponentially. It is fundamental for the individual has some control over the data he/she generates. Hu-manity.co envisions a future where data could become a currency. It is a different perspective, similar somehow to the fair trade coffee. No one is hurt, no one is taking advantage of, everyone receives market compensation.

Social networks and search engines are not actually free, the user pays with his / her data for the service. In the healthcare industry, at least in the USA, the patient is paying for the prescription, for the doctor visit, for the hospital visit and still, the data is sold without giving compensation and typically without the patient having any knowledge of the transaction.. Hu-manity.co believes that this has to change.

Adriano Fontanari, a young digital health enthusiast, is a M.Sc. student in Innovation Management. In 2016 he co-founded a care management service for people that suffer from a chronic disease.

Artificial intelligence and Covid-19: between hype and reality

Every day there is news about the potential of artificial...

Medicine takes important steps towards a future dotted with innovations...

SensHand: the glove that makes possible the early diagnosis of...

From the simplest of smartwatches, capable of measuring the heartbeat...

Blockchain is considered a revolutionary technology that will positively impact...