The new prosthesis: sensibility and control

The feedback that our own body gives us is fundamental to allow us to move in a natural and agile way, a newly designed prosthesis is able to restore this ability. 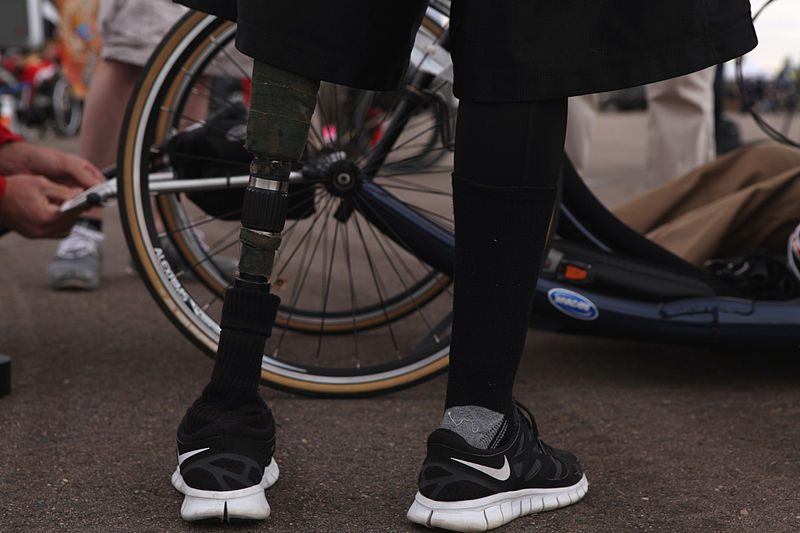 Proprioception (or kinesthesia) is the ability to perceive and recognize the position of one’s body in space and the state of contraction of one’s muscles. Moreover, it has a fundamental importance in the complex mechanism of movement control. Those who lose a limb often continue to have the feeling that the limb is still there, it is the so-called phantom limb syndrome, a sort of short circuit of the neurons involved in proprioception that can also lead to chronic pain. An international study coordinated by the Federal Polytechnic of Zurich, Eth, with the contribution of Silvestro Micera of the Sant’Anna School of Pisa and the Polytechnic University of Lausanne, Epfl, has experimented with a type of prosthesis capable of restoring to amputees not only greater control , in this case of the prosthetic leg, but also a sketch of proprioception.

Man-machine interface. The avant-garde prosthesis contains a special system capable of receiving signals from the artificial soles of the feet and knees, which are sent directly to a nerve in the leg through an intraneural stimulation implant. The signals decoded in the “language” of the human senses, not only gives the person a certain control over the movement, guaranteeing correct ambulation, but also that feeling of feedback that we take for granted so much.

The ghost arm buster. One of the secondary aspects of this type of technology is the possibility of stimulating the severed nerve: in this way, according to the researchers of the study, it was possible in a single month to drastically reduce phantom pain. Furthermore, the sensation of still having one’s limb was replaced by that of feeling the prosthesis as part of one’s body.

Next steps. The trial was a success and now the research team is focusing its efforts on making the system wireless. The prosthesis installed on the patients of the trial was in fact connected to the nerves by means of surgically installed cables in their legs, an invasive operation that requires constant medical supervision. A wireless device, a sort of peacemaker, could be a much more viable and comfortable solution for future patients.