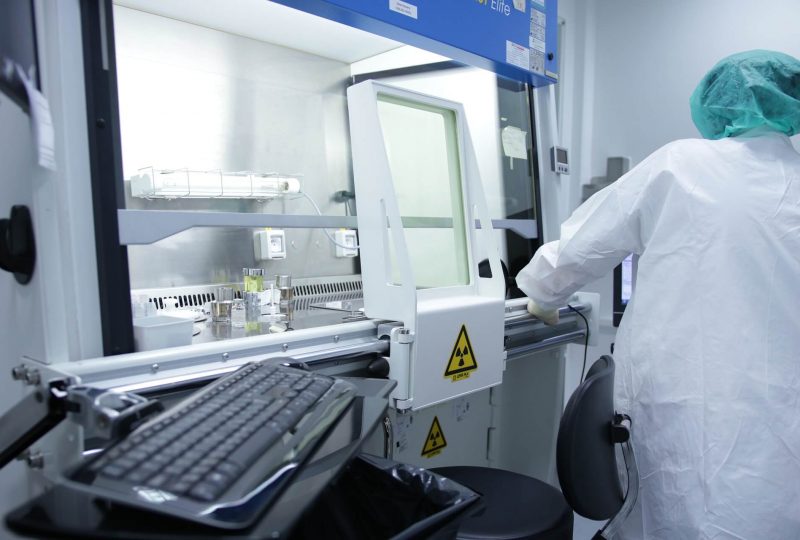 A group of researchers from the University of Perugia and the Institute of Materials of the National Research Council has succeeded in demonstrating that the interaction between the antitumor molecule Actinomycin D (ActD) with some structures of our DNA can inhibit, through a stabilizing action, the activity of enzymes linked to the replication of cancer cells, providing valuable information for the development of new treatments.

The study, published in the prestigious international journal Nucleic Acids Research, promises to be very important for the research in this sector: it could be useful, in fact, for the development of drugs that only affect the diseased cells, reducing the need to resort to chemotherapy.

The research. The so-called G-quadruplex are structures of quadruple helix DNA rich in guanine (base nitrogen which, together with thymine, adenine and cytosine, composes the DNA) located in different points of the chromosomes and, in particular, in their terminal parts, telomeres. These regions are particularly critical because they determine the length of life of cells and when cellular death becomes too short after cellular duplication. However, in the tumor cells the action of telomerase involves the recomposition of telomeres which is one of the hypothesized causes of the generation of tumors. However, the formation of G-quadruplex is able to inhibit the enzymatic action of telomerase, which makes it an important antitumor target. The research carried out therefore sought to find out in what ways a model drug (the ActD molecule) can stabilize the G-quadruplex of the terminal regions of the chromosomes, in order to inhibit the action of the telomerase and interrupt the process of uncontrolled cell proliferation. cancer.

The results. To achieve this result, several techniques were combined in the laboratories of the Department of Physics and Geology of the University of Perugia, CERIC-ERIC-Elettra Synchrotron in Trieste, Heinz Maier-Leibnitz Zentrum (MLZ) in Munich, of the Jülich Center for Neutron Science (JNCS) in Jülich. The study showed that the link between the ActD molecule and the G-quadruplex produces a chemical reaction by port to stabilize the same G-quadruplex.

The hope is that this research could be the basis for the development of an antitumor drug of clinical application.