A research team from the University of Padua publishes an article on "ACS Nano" which explains how inorganic nanoparticles based on an alloy of gold and iron, two biocompatible elements and therefore particularly suitable for applications in the biomedical field, are able to biodegrade spontaneously in living organisms 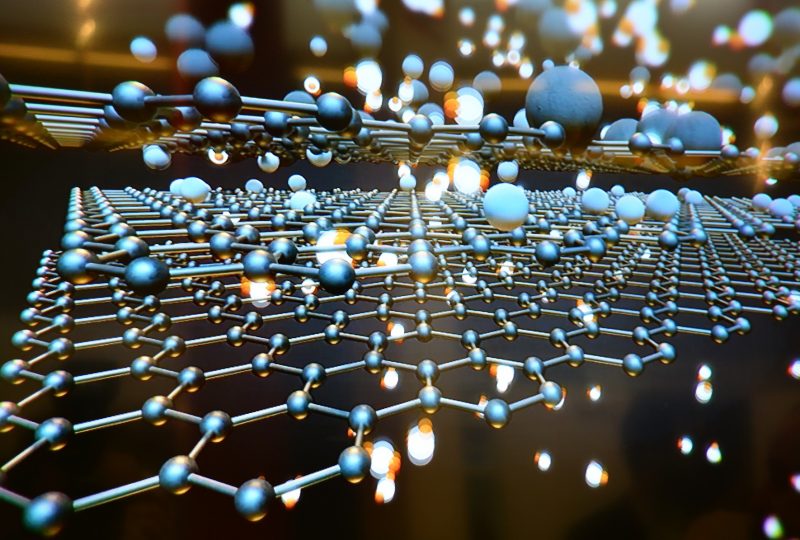 To understand the study published in “ACS Nano” entitled “4D Multimodal Nanomedicines Made of Nonequilibrium Au-Fe Alloy Nanoparticles”, coordinated by Vincenzo Amendola, Department of Chemical Sciences of the University of Padua, and which has Veronica Torresan and Daniel Forrer of the same Department, we can use the metaphor of a comet hunter.

Just imagine a comet: a mass of frozen gas that passes close to the Earth at high speed and whose destiny is to gradually evaporate until it disappears. On the one hand it is not easy to capture one, on the other hand you don’t have that much time to observe it as it is in dynamic and rapid transformation. Now let’s think of a “hunter” researcher who has to deal with a microscopic comet composed of elements of the periodic table that do not love each other very much, that is, whose destiny is to separate in space and dissolve in biological environments. There is a moment, before dissolution, in which the elements are “trapped” in what is called a nano-particle in an unbalanced (or “metastable”) state. Since this metastable nanoparticle changes over time, it is not enough to provide its composition and size at any given time, but one should also know how it might change in the future or how it just changed. It can therefore be defined as a 4D nanosystem, where time is added to the three traditional dimensions (height, width and depth). Yes, but in what field would it be useful?

The article “4D Multimodal Nanomedicines Made of Nonequilibrium Au – Fe Alloy Nanoparticles” published in “ACS Nano” highlights how the possibility of capturing these “4D nano-comets” is fundamental in the field of nanomedicine, especially for diagnosis and cancer treatment.

In this context, the nanoparticles are able to be effective because they are able to hit their target without the need for overdoses, which are associated with dangerous side effects. However, they tend to remain in the body for an indefinite time, with important risks to the health of patients. Ideally therefore, nanomedicines should behave like a 4D material, developing nanoparticles for diagnosis (for example by magnetic resonance or CT scan) and cancer therapy that have as their main requirement the ability to biodegrade, not to accumulate in the body, limiting it in this way side effects.

The study has shown, after two years of work, how metastable gold-iron based nanalloys could be ideal candidates for the purpose.

The discovery. “Currently – explains Vincenzo Amendola, professor of the Department of Chemical Sciences at the University of Padua and coordinator of the study – nanomaterials are not used as contrast agents, but molecular compounds. As far as nuclear magnetic resonance is concerned, gadolinium chelates are used, which however can accumulate in the tissues and stimulate immune or allergic type responses. They have a limited bio-persistence over time and therefore force operators to administer very high doses with possible side effects on the kidneys, for example, where these compounds accumulate mainly in the very first hours after administration. There is a rather important series of side effects related to the accumulation of molecular contrast agents used in the clinic. For the nanomaterials studied as alternatives, the problem is the opposite, since they tend to accumulate in the body and remain there for an indefinite time. We have focused on 4D nanomaterials, which have the ability to change shape, size and structure over time and are able to degrade and disappear spontaneously after use. Well – concludes Amendola – we have experimentally demonstrated that the nanoparticles of gold-iron alloys containing the two elements in “non-equilibrium” proportions possess these characteristics ».

I study. The research, which started from a theoretical-computational investigation, has shown how the atoms of gold and iron, two biocompatible elements and therefore particularly suitable for applications in the biomedical field, must be arranged inside the nanoparticles so that the latter biodegrade spontaneously in organisms. living. The key to the whole study was to find a way to “force” iron and gold to coexist in proportions that are not practicable in nature. For this purpose, laser synthesis techniques in liquid were used to produce bi-metallic Au-Fe nanoparticles capable of biodegradation. These metastable nanoparticles have also been tested in vivo and have been shown to leave the body after a not excessively long period, as opposed to other nanoparticles based only on gold or only on iron oxide which instead tend to persist for much longer times.