Twin study: how the human body adapts to space

The results of the Twin study are out, the research that saw two twin astronauts, one in orbit, one on earth, protagonists in creating the most thorough study of what happens to the human body during a prolonged stay in space 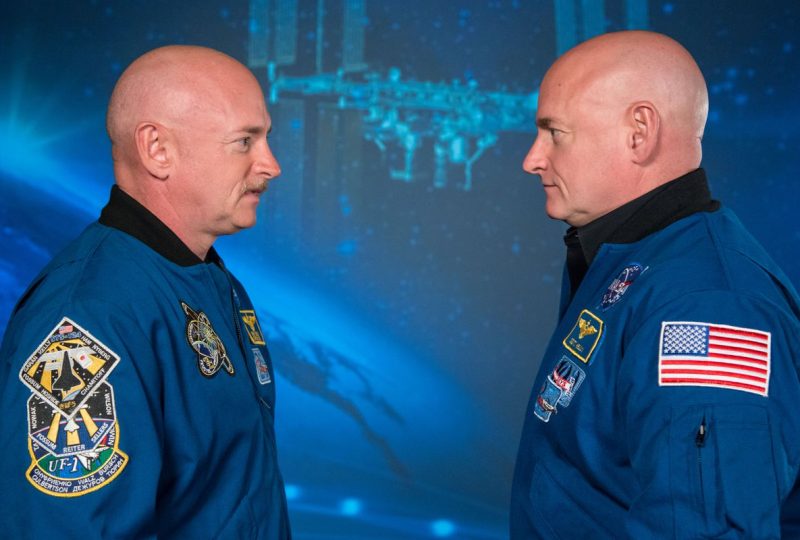 Human presence in space is constantly growing. Different players, governmental and private, look beyond the horizon of our planet in search of knowledge, challenges, and resources. China has its own space station, the Tiangong-2, the ISS, the international outpost in low Earth orbit is soon to celebrate 20 years of human permanence in space, the Moon in the coming decades could accommodate, in orbit and on the surface, different bases, and efforts to bring man to Mars – we are talking about long journeys – are gradually intensifying.

Two twins in comparison. To be sure of being able to win all the challenges we will face, it is vital to understand how humans react to weightlessness for long periods. NASA, through the Human Research Program, has been trying for years to understand what changes take place in the human body in a confined, weightless and radioactive environment like a spaceship on a journey to another planet. The sum of this research has seen two twins, Scott and Mark Kelly, both astronauts, share a common goal for a year, 400 km away from each other, the same distance that in horizontal is between Milan and Rome, but with decidedly more substantial differences than those between the “Madunina” and the Colosseum. Scott floated in orbit aboard the ISS for 342 days, Mark on Earth to be his brother’s control. Both were constantly monitored so we could find out what changes take place in the human body during and after a prolonged stay in space.

The tests. After 3 years of analysis of the numerous data collected, the results of the longest human experiment outside the earth’s atmosphere have been published, with interesting, surprising and reassuring results. 10 teams focused on as many aspects of Scott’s state, comparing them with Mark’s.

– Telomeres: at the end of each DNA strand there are telomeres, a special part of our genetic code positioned at its extremes and that protects the chromosome from deterioration or fusion with neighboring chromosomes, a bit like the plastic cylinders at the end of shoelaces prevent them from flaking off. The role of telomeres in DNA aging and replication is of great interest for sector studies and the “Twin study” is no exception. Scott’s telomeres during the period in orbit were 14% longer than those of his brother. A discovery that increases interest in this part of our genetic code. Once back on Earth, however, their length, within just 48 hours, has returned to standard values.

– Immune system: find out if and how the immune system is influenced by space flights is of fundamental importance and the results obtained are encouraging. Scott underwent 3 vaccinations, one before, one during (the first vaccination in space) and one after the flight. In all cases, Scott’s immune system reacted correctly, good news especially in the future of long journeys where diseases could be problematic.

– Gene expression: the process that allows DNA to form proteins has undergone some changes in Scott, changes that for the most part have returned to normal within 6 months of returning to Earth. These changes are believed to have occurred due to radiation. These results will be very useful for understanding how the human body adapts to stressful environments and will help researchers better understand human physiology in space.

– Cognition: cognitive abilities seem to remain unchanged after a long stay in orbit, mental sharpness, the ability to orientate and move in space and the recognition of emotions have not undergone substantial variations. Upon returning to Earth, however, Scott’s speed and accuracy took longer to settle than those of astronauts who stayed in space for a shorter time.

– Biochemistry: Scott’s body mass has decreased by 7%, a variation due, however, more to controlled nutrition and constant exercise than to the environment.

– Microbiome: the universe of bacteria that inhabits our digestive system is of great importance for our well-being. That of the astronauts is not far behind. During the mission, Scott’s microbiome changed radically, probably due to the feeding of pre-cooked and vacuum-packed foods. This change has also proved temporary, once it has landed, the microbiome has returned to normal. This result is of fundamental importance to modulate the diets of the astronauts in order to maintain a healthy digestive system.

– Epigenetics: genetic changes due to the environment influence how DNA manages many biochemical reactions in the human body. If for the first six months the differences between the twins were negligible, in the following period it was possible to detect changes in Scott’s white blood cells, which then returned to normal once landed. These are important changes that will need to be studied in depth in order to better understand if these changes can have long-term consequences.

– Metabolomics: in this context, we focused on the narrowing of blood vessels, in particular, Scott’s carotid artery which showed a narrowing during and after the mission. It will be necessary to monitor the conditions of the American astronaut for years to come to see if there will be consequences for his health.

– Proteomics: the focus of this investigation was on how body fluids behave in weightlessness. In particular, on the structure of the eyes and on the proteins contained in the urine. One of these, AQP2, which plays an important role in the reabsorption of liquids, peaked during Scott’s mission. These data will help to understand why the sight of astronauts (especially males) worsens in space.

– Multi-omics: the last team collected all the data of the other teams trying to consider how they could influence each other to produce a longitudinal study on the consequences of space flight on the human body. From this analysis, 3 indicators of inflammation were identified in Scott’s body.

Understanding our body, not just in space. This study, which saw the collaboration of dozens and dozens of researchers, is the first of its kind, a very complex compendium on what it means for the human body to live in space. A research that has placed the first stone towards a greater understanding of our body, not only for purposes confined to space but also applicable to our planet. The results of these studies, in fact, open the field to a series of new insights on the complex human physiology in general. The study on telomeres could, for example, prove useful for dealing with the challenge to aging, while that on the behavior of body fluids could unveil new internal dynamics following traumatic events such as traffic accidents.