Running out of space

How to survive in the cosmos when there is little space 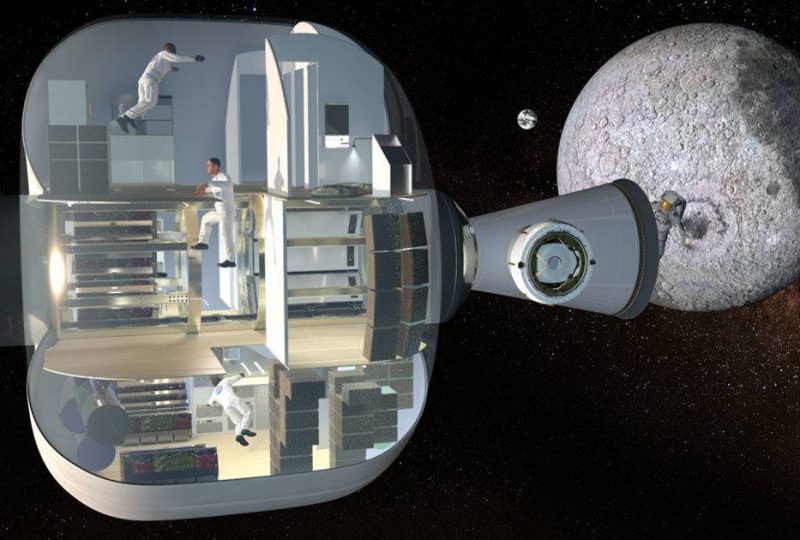 On November 14, SpaceX will launch the Dragon capsule with four astronauts on board with its Falcon 9 rocket, destination International Space Station. These are the Americans Victor Glover, Mike Hopkins and Shannon Walker and the Japanese Taikonaut Soichi Noguchi. The four will join the three crew members currently aboard the ISS: astronaut Kate Rubins and two Russian cosmonauts Sergey Ryzhikov and Sergey Kud-Sverchkov, for a total of seven people on board. However, there is a problem: there are only 6 beds on the ISS.

Mike Hopkins, mission commander, will have to make do with a makeshift bed on the Dragon Capsule. There are programs to bring in new beds (which are actually more than cabins with sleeping bags anchored to the wall where astronauts can rest suspended in the air) but it won’t be done in time.

However, this small setback leads us to reflect on a perhaps paradoxical theme when it comes to space: the lack of space. This is a problem that, unfortunately, we are also experiencing here on Earth: during the lockdown we found ourselves indoors, closed in confined spaces with the whole family for prolonged periods of time. We can therefore imagine with more knowledge the discomfort that overcrowded confined spaces can cause, even more so when we find ourselves in extraordinary situations such as those of space exploration.

I need more space. We humans are a problem for engineers who have to design space missions. If a robotic probe is enough to be powered and kept at a certain temperature, we humans need a whole series of needs to be met: food, water, atmospheric pressure, air, radiation protection and not least space. For our psychophysical well-being, according to a NASA report, a minimum volume of 25 m3 is required for each crew member on long-duration missions. An important variable to take into consideration starting when designing the spacecraft that will host the astronauts.

In this sense, several projects are exploring ways to obtain the greatest possible volume while minimizing the launch weight, as in the case of the inflatable modules from Bigelow Aerospace.

Moon, Mars and beyond. If the space issue is very important for astronauts on long journeys, it is even more important for future lunar bases and, beyond, Martian bases. Being able to guarantee the necessary space, but also all the physical and psychological needs (such as privacy) in environments that inevitably will have to be restricted, both for the amount of transportable weight and for the management of life support systems, not it’s a little challenge.

We have seen in the past how different projects and concepts have tried to tackle it, with newly conceived buildings, designing bases inside craters, or using 3D printing with locally available materials. Any solution will still have to take into account a fair distribution of living spaces: if in space travel, even of long duration, the situation is in any case temporary, in future bases or even colonies on the Moon or Mars, the long term could take on a new meaning. .

Antarctica is a harsh mistress. We have already experienced a similar experience in the past, which has taught us a lot about human psychology in confined spaces. We are talking about the exploration of Antarctica, the continent that comes closest to the conditions that would be found on another planet (apart from the lack of atmosphere). The bases, initially small, sparse and inhabited only seasonally, have grown to become real colonies, such as the McMurdo station, constantly inhabited and hosting up to 1250 people.

In the lunar / Martian colonies we will probably see a similar process, with simple inhabited bases for short periods that expand to become permanently inhabited stations and in which spaces must be managed optimally.